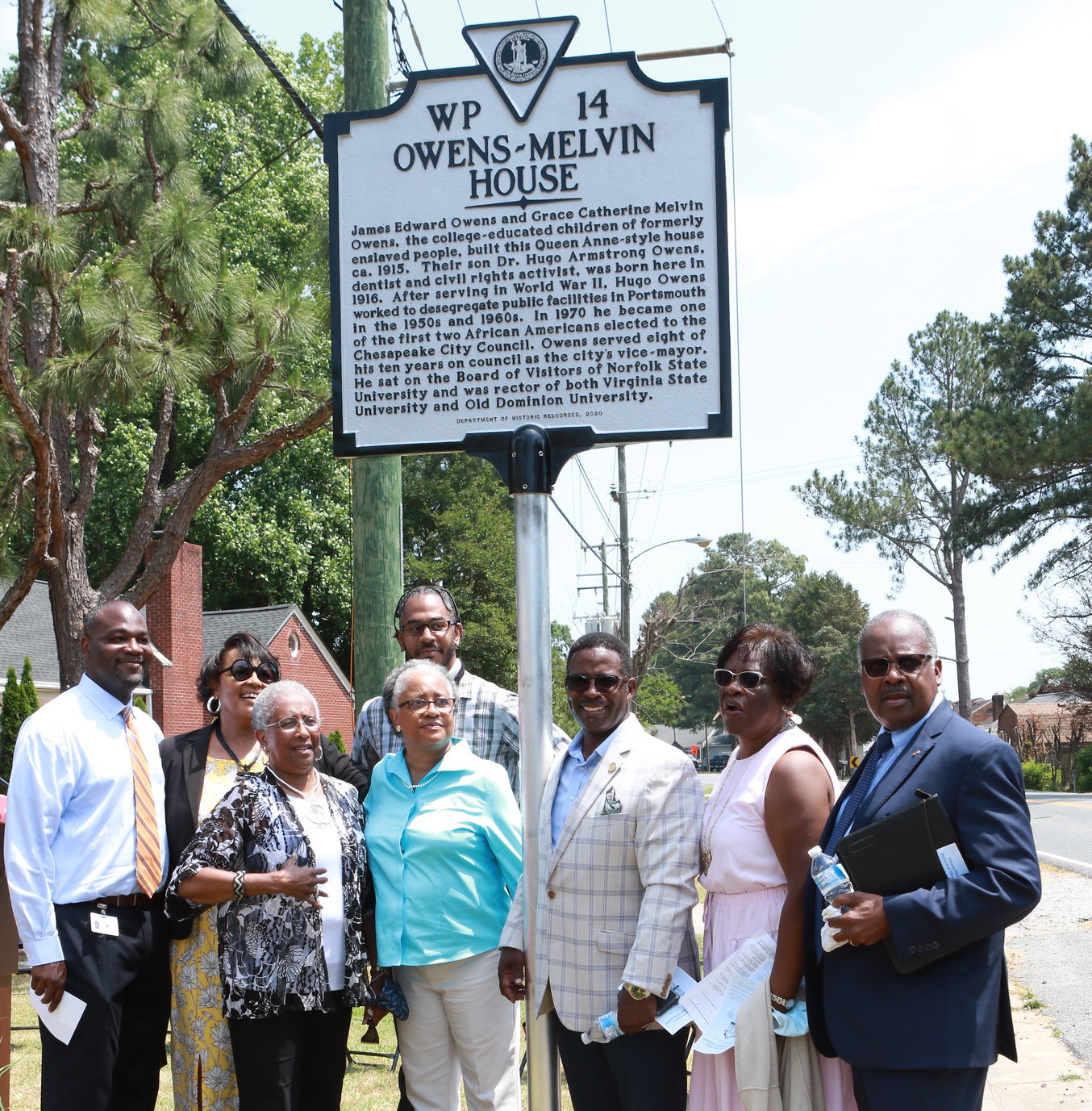 CHESAPEAKE
The Chesapeake community, members of the family of Dr. Hugo Owens and elected officials came together on May 26 to dedicate a state historical marker honoring his works and contributions to Hampton Roads.

The historical marker was placed at the Dr. Owens-Melvin House in Chesapeake, his birthplace.

The marker notes the civil rights activist’s career as a World War II veteran who worked to desegregate public facilities in Portsmouth during the 1950s and 1960s. A Howard University trained dentist, in 1970 Owens became one of the first two African Americans elected to the Chesapeake City Council, ultimately serving eight of his ten years on the council as the city’s vice-mayor.

With the help of Dr. James Holley, another Howard University trained dentist, and the first Black mayor of Portsmouth, the two worked to desegregate that city’s Library.

The marker is now located alongside the Owens-Melvin House at 732 Shell Road, Chesapeake.

Speakers at the event were Dr. Colita Fairfax, chair of the Virginia Board of Historic Resources and a professor at Norfolk State University; Dr. Tommy Bogger, historian and archivist, Norfolk State

A residence hall and a new chemistry building have been named for Owens on the campus of ODU.

The Board of Historic Resources approved “Owens-Melvin House” marker in Dec. 2020.