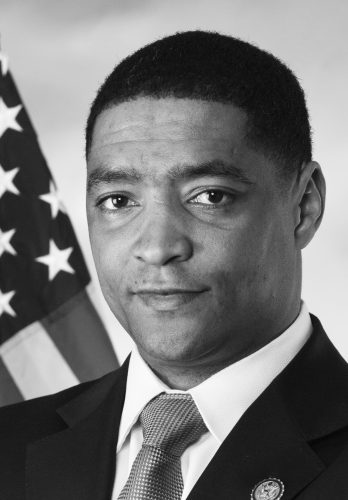 In 1986, on her award-winning “Control” album, singer-songwriter Janet Jackson asked: “What have you done for me lately?” This is a question the Congressional Black Caucus (CBC) is asked a lot. Well, here’s our latest answer to that question: Since its founding in 1971, the CBC has used the legislative process to right historic wrongs and to give a voice to the voiceless, and that’s exactly what we did in the $867 billion Farm Bill that passed Congress, which includes millions for HBCUs, Black farmers, and rural communities of color.

As a result of the CBC’s efforts, 19 historically Black land-grant universities will now get millions of dollars that states have been denying them for years. According to federal law, states are required to match federal funding dollar-for-dollar for land-grant universities, but many HBCUs have not been getting what they are owed.

Now states are required to report to Congress how much funding they’re providing to both historically Black land-grants and their predominantly white peers. This is something the CBC has been fighting for over two decades.

In addition to this new reporting requirement, at least three of these institutions will get a research center, called a “Center of Excellence,” that will allow them to lead the nation in research on food insecurity issues that affect African-Americans in both rural and urban communities.

Finally, the 19 historically Black land-grant universities will get at least $2 million in additional federal funding for scholarships that they can use to attract new students. This funding will come from the $80 million scholarship program that the CBC fought to get included in the Farm Bill.

As a result of the CBC’s efforts, Black farmers will now be able to get the training and resources they need to better run their farms through USDA’s Farming Opportunities Training and Outreach Program (FOTO).

As a result of the CBC efforts, Black farmers will also be able to more easily pass their farms on to their families. Some estimates show that 60% of land owned by African-Americans in the United States is heirs’ property, which is property that is passed down without a will or transfer of title. Before now, owners of heirs’ property were unable to get the credentials that are required to access USDA programs that could help them resolve heirs’ property issues.

Finally, because of issues that Black farmers experience both within and outside of USDA, the CBC fought to include a provision in the Farm Bill that protects the Department’s Civil Rights Division from reorganization and political interference.

Follow us
In this article:Black Caucus, Cedrick Richmond, Farmers, HBCU