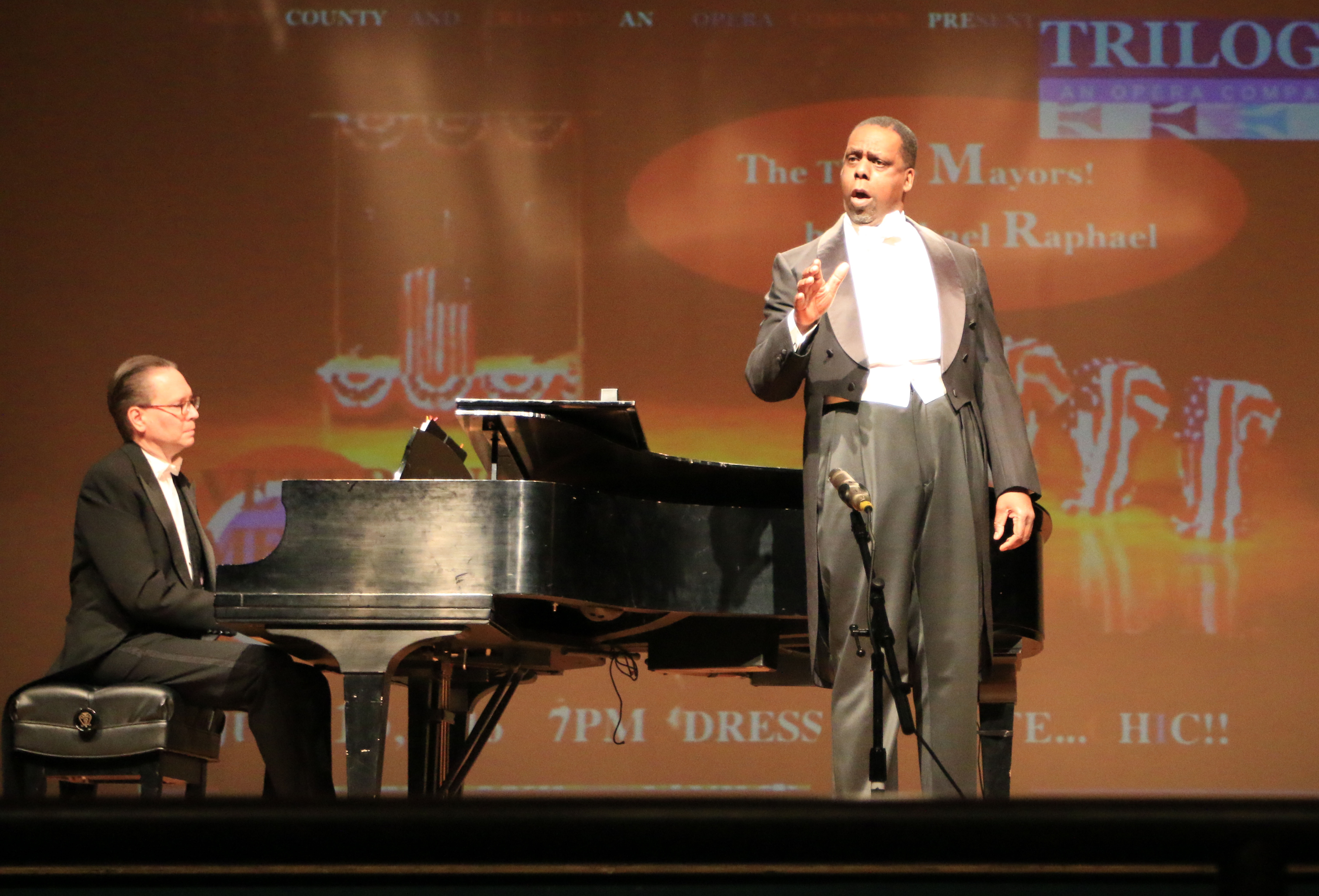 HAMPTON ROADS
The Hampton Roads community came out to celebrate the life and legacy of Michael Raphael, noted composer, musician, artist and poet on Sunday night April 17 at the Attucks Theater. Spearheaded by the Norfolk Public Library Multicultural Committee under the leadership of Dudley Colbert, the event showcased two internationally known performers. The dance talent of Elbert Watson and the Elbert Watson Dance Company and the acclaimed operatic voice of Kevin Maynor, accompanied by Eric Olsen, entertained the audience for over two hours. The event was free and open to the public.

Michael Raphael was employed by the Norfolk Public Library and known in the arts community for his brilliant composing of various opera pieces, as well as his talent as a musician, artist and poet. His working relationship and friendship with Kevin Maynor teamed the two on the need for an African-American opera company which Maynor expressed plans to continue.
Michael’s first commercial operatic piece was based on the children’s book written by Diane Kaufman entitled “Bird That Wants To Fly.” His last work was the opera “Garvey” which premiered on November 22, 2015, just a week before his death.