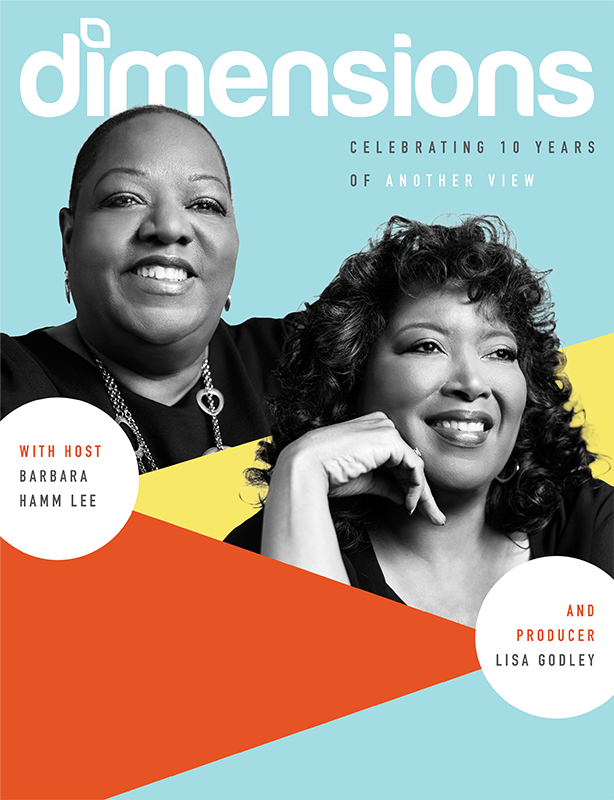 On May 25, the nation will observe the first anniversary of the death of George Floyd, a 46-year-old Black man, killed in Minneapolis Minnesota.

For the past week, the nation has been watching the opening days of the trial of the white policeman charged with taking Floyd’s life after resting his knee in the back of his neck for 9 minutes.

For the past 10 years, these biases and injustices have been constant topics discussed during the weekly talk show “Another View” (AV) airing on WHRV FM 89.5 at noon on Thursdays.

“We have always done shows talking about these issues,” said Barbara Hamm Lee, AV’s host. “People are now paying more attention to issues and the barriers Black people face. Our role is to bring

another view on those issues for a diverse audience, including people who do not look like us.”

incarceration, employment, economic inequality, fears related to the COVID-19 virus, and the image of Black people have been addressed on Another View, among others.

“We’ve been doing this on the TV and radio 12 years,” said Lisa Godley, the Producer of Another View. “The death of Floyd changed the world. People’s eyes are open now to what African Americans have to say. They are recognizing the systemic racism which has held us down historically. Now people who do not look like me are realizing that we are not just angry, but we have a different perspective on many issues which need to he heard.”

Before AV was a weekly radio program, it was a Friday prime-time TV show. But lack of funding forced WHRO to cancel all of the weekly shows.

Another View and “Hearsay”, which Cathy Lewis has been hosting for over 20 years were shifted to the radio.

There was “push back” from the listeners who felt the show’s importance and role would be marginalized, Hamm-Lee said.

But the show, according to Lee, maintains its mission and its fan base has expanded and diversified.

“We want to give the Black people another view of themselves and the issues which concern them,” said Lee. “We wanted to counter the images and stereotypes of Black people which have perpetrated in the news media especially.”

“We want to counter the image of Black people… especially men as only being criminals,” said Lee. “We want Black people to feel good not only about themselves but their culture and their contributions to

Last week the group discussed the Congressional process to bring the current bill to reality; legalizing marijuana in Virginia; and thoughts about the Meghan and Harry interview with Oprah, including racism apparently on display within the royal family.

Hester said it is important to note that the discussion and ideas are being generated by four Black women from different backgrounds and generations.

“I love the show, the issues we discuss, the responses we get, and the great team that Barbara and Lisa have created,” said Hester, who has been a roundtable commentator for three years. “I don’t have a

favorite topic, but I would like to talk more about the Black community and our family which are struggling due to historic inequities and the pandemic now.”

Both Godley and Lee said they wish they could expand the show to two hours or more days.

WHRV FM is a public radio for three, which means most of its revenue comes from government or donations from listeners.

Godley and Lee hope during the upcoming fundraising pledge drive that listeners show their support.

Lee said there are two issues she would like to dig into deeper.

The first: the view and cause of Black political conservatives.

Another is White Privilege, which was discussed in a previous show, but needs further exploration to define what it means and how it is used.

“Barbara taught me everything I need to know about broadcasting,” said Dr. Eric W. Claville, director the Director of the NSU Center for African American Public Policy, “and the importance of communicating

ideas about who we are as a Black people.”

Dr. Claville has his own talk radio program “State of the Water” aired on NSU’s public station WNSU 91.1. from 1 to 2 p.m. on Sundays. Claville hosts various movers and shakers and their ideas on various topics.

Lee is a native of Baltimore and most of her career has been in television news management, including News Director for WTKR-TV in Norfolk, VA; KYW-TV, Philadelphia; WJLA-TV, Washington, D.C.; Black Entertainment Television; WJZ-TV and WBAL-TV, Baltimore, Maryland. She has also served as an adjunct journalism professor for Norfolk State University and Old Dominion University.

Lee is the owner of Sharing Info, LLC, a media/communications consulting company she launched on her own recently.

Godley hails from Chesapeake, and is WHRO’s Senior Special Projects Producer and Host at

When Lee was News Director at WTKR, she hired Godley, a reporter.

When Lee was hired at WHRO, as host of the AV, she needed a producer and Godley said “she (Lee) has hired me again for that post.”

Godley serves as the President of the Hampton Roads Black Media Professionals (HRBMP).

It was founded in 1982 originally as the Tidewater Media Professionals, (TMP) by Blacks working at area media outlets in the area.

Alvetta Ewell, who was a long-time WAVY-TV Newscaster is Vice President, and Dr. Wanda Brockington, who once led the NSU School of

Communications is the HRBMP Treasurer.

Godley said this troika of experienced media professionals is seeking to expand the HRBMP’s membership, especially with new blood to secure its future as a viable organization.

Along with promoting Black media employment opportunities and creative ventures, HRBMP mentors and supports college students for roles in media.

The organization is also still monitoring the level of racial diversity in newsrooms of local media outlets, Godley said, not only for roles in front of the cameras but, behind them.

Both Godley and Lee believe diversity plays a critical role in defining coverage and the images of Black people.

know Jakes. He did not know how important he was in community. If you do not have diversity in your newsrooms, you cannot cover a diverse community like Hampton Roads properly.

The pandemic has not halted HRBMP from operating, Godley said.

Recently, the organization held a virtual fundraiser for the Byron Burney Scholarship Fund, named in honor of a news photographer for WVEC News 13 who died in a car accident in February 2020.

In February, Dwayne Bryant, a motivational speaker and author of “The Stop” which talks about issues related to dealing with encounters with the police doing traffic, was n featured on AV.

On March 17, the Byron Burney Community Journalism Academy is being held, and on March 25 the HRBMP Virtual Monthly Meeting at 7 p.m.