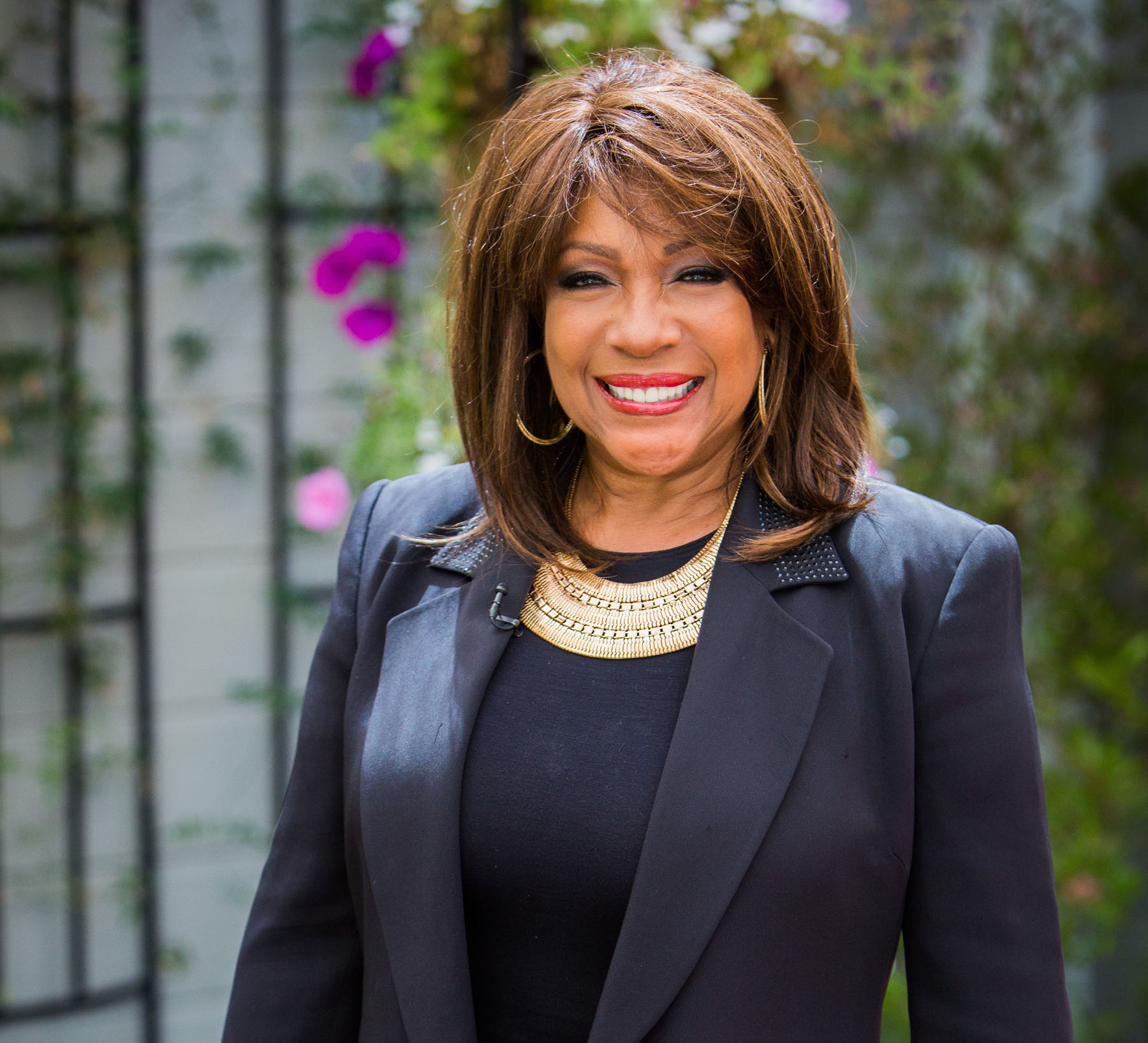 Mark Steines and Cristina Ferrare listen to Mary Wilson of the iconic Motown group, The Supremes, as she performs for us! Actress, Nicole Ari Parker gives us a peek at her new series Murder in the First. Ken Wingard has tips and ideas to refresh your favorite room for summer. Also just in time for summer; Jessie Jane has a spectacular recipe for Cherry Pie Cake! Shirley Bovshow answers your facebook questions about everything growing and garden related. Get ready to take your canine companion out on the hiking trail with a few safety tips from Laura Nativo. Then, Debbie Matenopoulos and her Glam Squad have a makeover for a deserving Mother!

By Veronica A. Davis
Contributing Writer
New Journal and Guide

Los Angeles, CA – “Hello, Veronica; this is Mary Wilson.” No greater feeling than to hear a legend say your name. Without a doubt young and old know the name Mary Wilson of the Supremes. Newer generations are familiar with her because of Destiny’s Child. Who can talk about Destiny’s Child without a comparison to the Supremes? However, the outcomes were very different.

This column contains a two-part interview where Wilson answers questions that many of us have been wondering for years. Even about the title of the article, she said, “I can’t call myself the Ultimate Supreme because Diana was the lead of the group.” My reasons for calling her the “Ultimate Supreme” will become clearer as you read this article. Today Ms. Wilson is her own performer, releasing albums, touring, making appearances, keynote speaking and she is considered a humanitarian. Like many mature performers, age is nothing but a number. Ms. Wilson is nowhere near ready to retire – the world is her stage and she is enjoying every opportunity that is given to her.

When asked what she wanted our readers to know, she said happily, “I am still here, I am still performing, I am still touring. As a matter of fact, I am just returning from England for the opening of Motown, the Musical.” Motown: The Musical was written by Berry Gordy, premiered on Broadway in April 2013 and received four nominations at the 67th Tony Awards. The musical met with such success that it has reached London’s Shaftesbury Theatre where Ms. Wilson was a guest of honor. The excitement in her voice of sharing how her image is being shared for the world to enjoy was immeasurable. It also says that she is a legend around the world.

A musical is not the only avenue to keeping her legacy alive; as the founding member of the group, she serves as the historian. As seen in the many battles with Motown, she has served as the protector of the history and legacy of the glamorous group. Her efforts as historian are seen in a traveling exhibit of the dresses that reflects how the Supremes’ music and fashion evolved over twenty years.

The exhibit contains over 50 gowns that begin with their dresses from the Primettes to the glamorous Hollywood designs by Bob Mackie, Michael Travis and many others. The collection is currently on exhibit in Tulsa, OK, and she is currently working on having a portion of the exhibit to be on display in her home state of Mississippi. For those who can’t make the exhibits, there is a coffee table hardcover book that is in the works.

The history of the Supremes has been well documented in her bestselling book, “Dreamgirl: My Life as Supreme.” This made her a best selling author. Her writing did not stop with that book. She followed up, “Supreme Faith: Someday We’ll Be Together.” The sequel to the first seems to be more drama-filled than the first, by providing a back door view into the music industry, her fight to keep the Supremes alive, managing a failing marriage, and building her own solo career as a single mother.

“When I was married, the entire family traveled with me. It was a circus act managing it all, but I had my mother with me who helped me with the kids. And I even performed while I was pregnant. One of the gowns on exhibit is a gown that I had made into a maternity gown. While touring [Europe and Asia] I nursed my [three] children. As a family we traveled everywhere together.”

The role that gives her the title of “Ultimate Supreme” is her role as a humanitarian. When asked how she began her work, in true Supreme fashion there was an amazing story. “It began with Martin; Dr. Martin Luther King [the civil rights movement] working to bring about civil rights. After that I would find causes or people would find me. I would choose different things that were brought to me – children, homelessness, abuse – things that I know for me that I could really get behind because I cared about them.

“I started out from the very beginning [working with the AIDS Awareness] here in America that was such an ongoing thing that we all became aware of. I remember in the late 70’s or early 80’s they had the first candlelight vigil, and I was the one of the first group of celebrities to come out, and I have been involved ever since then. I have been very active because it was our friends that were dying; that is the reason why so many of us got involved.”

She is very active in the studio; her single that was recorded in London “Time to Move On” made it to number 17 on the dance chart. She has recorded a live jazzy cd that is available online. When she is not in the recording studio, she is touring with various Motown groups, such as the Motown legends, the Four Tops. Her music is also available online at her website, Amazon music, and many other internet music outlets.

Reader’s Question: The play “Deamgirls,” did you write the story? Did you give the story because it was so similar to the Supremes?
C.J. of Hampton, VA

“Everyone actually thinks the story is about the Supremes. In my show I sing one of the songs, “I Am Changing,” and before I sing it, I dedicate it to Florence because it’s the part that Jennifer Holiday and Hudson play, is so like Flo. She was such a good singer and she never really got a chance to sing on our records, so people don’t really know how great she really was. Had the group been structured another way, people would have known how great she was. She was more than as an Etta James or an Aretha Franklin, whereby she had that really robust kind of voice really strong, and she had many octaves. She was not able to be the lead singer because the group was structured for Diana to be lead singer.

“All of sang but we each had a genre that we were all good at singing. Diana was the pop singer and that was the music we were singing. In the “Dreamgirls,” the part that Jennifer Hudson plays is so like Flo you began to wonder how did someone know us so well to do the story. I know I was not the one who sold the story because I didn’t get paid. “That’s why I take the high road on it. For me, I think that we, the Supremes, were so important for the times – three Black girls that made it good; that whoever was watching us were inspired by our career and somehow or another took everything that we had done and wrote their own story.

“How they could have gotten so close to the real story is beyond me. I don’t know. I have written my own memoirs about the Supremes. When I went on Broadway to see the play, I said, ‘Oh, my God, that is our story.’ So when I went home I didn’t have a title for my book so I said, ‘hmm if they can use our story and not pay us then I can use that title. So I named my book ‘Dreamgirl’. “They came and said, ‘I hear you have a book named after our play.’ I told them you have a play that is really our story so what about that?’ They said, ‘ok I’ll get back to you.’ And I never heard back from them.”

Who’s in the next column? Comedian Kym Whitley. Facebook Reader’s question for Ms. Whitley was submitted by J. Davis of Hampton, Virginia.