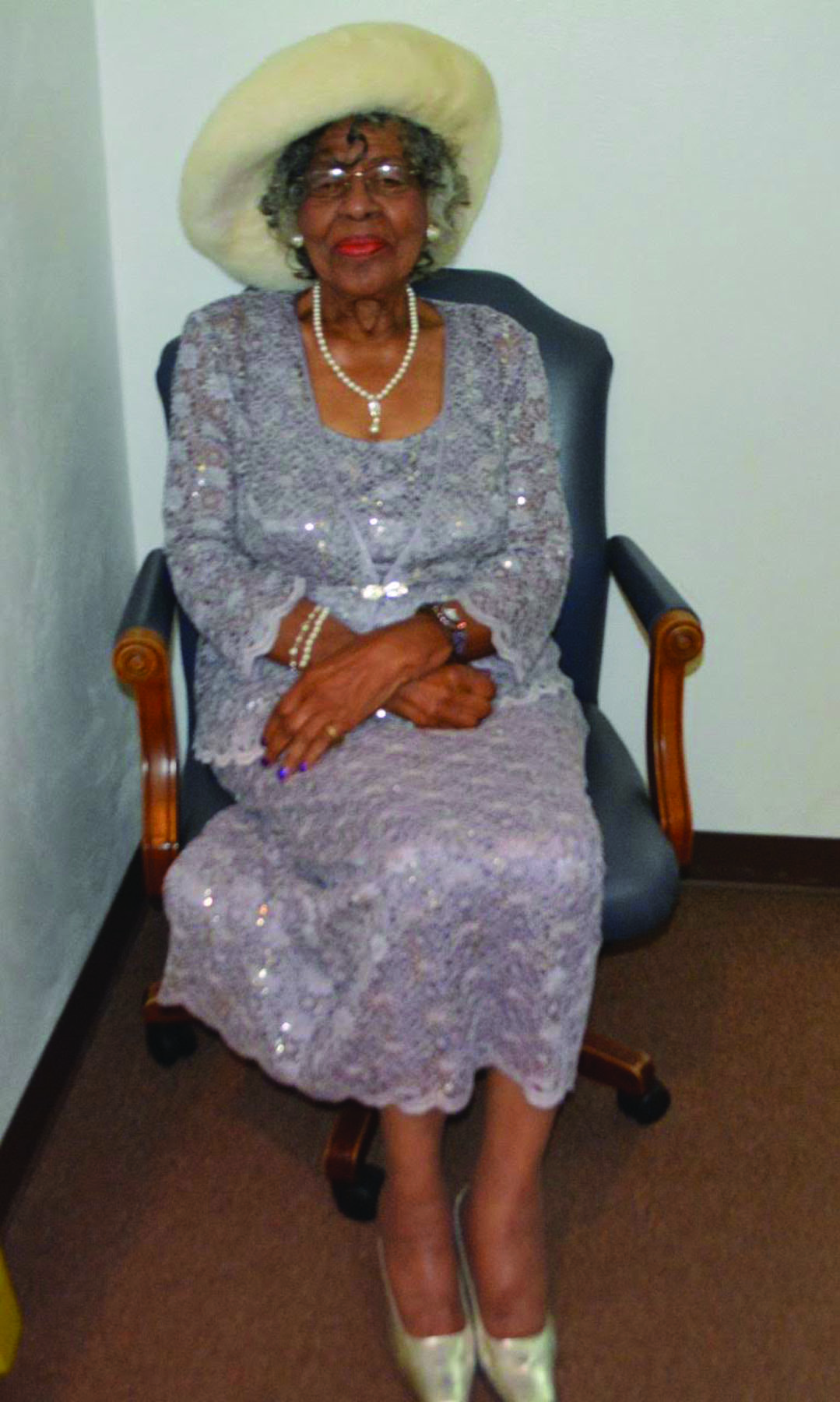 By Julius E. McCullough
Special to the New Journal and Guide

Life moves by quickly, but from the start of life to the end there are special days where you celebrate the day of your birth. There are also particular birthdays that you show more special interest to than others. Some of which are when you finally become a teenager, turning sixteen so you’re finally able to get your license to drive, turning eighteen signifies you as an adult enabling you to vote, turning 21 means you are legal and grown, and if you’re lucky enough to turn 95 then you are to be revered, loved and respected.

And so, on Saturday, September 17, 2016, friends and family of the phenomenal, Mrs. Elizabeth Lassiter Freeman, came together to celebrate the 95th birthday of this revered, loved and respected matriarch who has lived through every major event of the 20th century. This elegant occasion for this classy woman was held at the New Hope Christian Community Center on Brest Street in Norfolk. As the guests arrived, they were greeted by lavishly and elegantly adorned hostesses, Mrs. Delores Vann and Mrs. Glynis Mason, who welcomed the guest to the reception room filled with offerings of hors d’ oeuvres, fruit and cakes all displayed on beautifully decorated tables.

Gentlemen dressed “to the Nine” in their regal suits accented with bow ties and ladies beautifully attired in their most gorgeous dresses with matching hats mingled in a genteel atmosphere as they greeted each other waiting to enter the grand ball room. The mesmerizing atmosphere was enhanced by the sounds of a distant harp. Yes, a harp. Janel Hakey played the dreamy and beautiful music of Debussy, Ravel, Mozart and other great masters.

When the hostesses opened the doors to unveil the beautifully decorated ball room, the 200 plus invited guests began to awe in amazement. It was as if they had been miraculously transported into Wonderland. After the guests had found their seats, the moment of great expectation had arrived. Mrs. Margaret Delk Edney, Mistress of Ceremonies, opened the celebration with the processional and the entrance of the celebrant. Mrs. Cora Lassiter Freeman was escorted by her son Michael. She was beautifully attired in a power blue sequined gown with matching hat.

After the guests had received Mrs. Freeman and the birthday party with thunderous applause, the program continued with a solo by Chef Jesse Johnson who also prepared and catered the food,. Mr. Jacqueline Freeman Roberts, daughter of Mrs. Freeman, was so honored to welcomed the guest to her mother’s birthday party.The Occasion was given by Mrs. Edney which was followed by a very reverent prayer by Deacon Ernest Ellis of New Calvary Baptist Church, also the home church of Mrs. Freeman.

Rev. William “Bill” Collins gave tribute Mrs. Freeman by singing a spirited rendition of “His Eye Is On The Sparrow” which brought the house down. Deacon Richard Allen gave the grace after which a wonderful and delicious dinner was served. Mrs. Cora Freeman is so revered, loved and respected that her celebration drew a very special surprise guest, Mayor Kenneth Cooper Alexander, the new Mayor of the City of Norfolk. The Mayor gave praise to Mrs. Freeman by telling everyone how she has been an inspiration to him through the years and an encourager of his career.

After the delicious dinner, Mrs. Freeman rose to give expressions of love and gratitude to her adoring friends, church members and family who came to celebrate with her. Rev. Dr. Yvonne V. Delk offered remarks and adoration and then gave the Benediction. I am just waiting for next year’s 96th birthday to see how Mrs. Cora Freeman will top this.