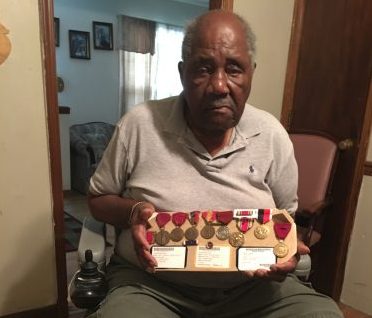 In the wake of a newly appointed Secretary of Veterans Affairs, Ronny L. Jackson, and the firing of Secretary David Shulkans by President Trump in March 2018, it will be a learning process for the new secretary to understand what it takes to lead Veterans Affairs, under the umbrella of the Veterans Administration.

Each time I receive a request for assisting a Disabled American Veteran for the processing of their individual claim, it becomes a great issue to know that the VA has problems when applications are sent for processing and have multiple issues when the same information is requested over and over again. Especially, when a Disabled Veteran has been denied their VA Benefits over and over again.

In addition to receiving statements from the VA that the individual Disabled Veteran had never served in the Armed Forces, you hear the story of the Disabled Veteran in his own words, his experiences servicing this nation and his continued denial of needed benefits that are desperately needed.

This nation has a broken system within the Veterans Affairs, defined clearly in an article published in the Virginian Pilot on 04/03/2018, titled, “Fixing VA will require more than a new leader,” by Mikki Kendal, who states, “The MISSION of the Department of Veterans Affairs was laid down in the wake of the Civil War, in a promise by President Abraham Lincoln to care for the men who fought, as well as their widows and orphans. … Yet every administration has failed to appoint a leader capable of guiding the agency to fulfill its mission. Ronny L. Jackson, President Donald Trump’s pick to lead the department after Secretary David Sulkan was fired, will continue that legacy. And veterans will continue to pay for it.”

The article continues, “Jackson is an experienced physician and a rear admiral with an awareness of the medical concerns of military members and their families. He’s certainly qualified to work for a VA facility, and quite possibly qualified to run a medical department with the support of a good staff.

“What he lacks experience in is responding to the concerns of veterans. Hospitals don’t run on doctors alone. Doctors don’t’ direct cleaning schedules, seek donors, or do dozens of other things that make their work possible.

“Veterans Affairs isn’t just hospitals that treat injuries. It’s compensation and pensions. It’s mental health care, rehab, and programs to house homeless veterans. It is a massive department with a staff of almost 378,000 people, a small city of workers that serves about 22 million veterans and their families. In raw numbers, that means every staff member has 58 veterans relying on them to do their jobs. In actual numbers, it means that every veteran service representative can have a case load in the hundreds. It’s a hard job, made worse when the people making decisions about policy have no idea what the population being served needs, or how to provide it. And it’s just one aspect of the multistep process required to help veterans build a new life.”

Now to further understand what has been expressed within the content of this article, I desire for you to comprehend what this Disabled American Veteran had to experience and express the heartache of being denied his VA Benefits and being told that he never served in any military service, let alone, experiencing those who made promises within the VA that he would receive his benefits and to trust them. That became false promises that had him contemplating suicide due to the multiple ailments which he suffers with today that are service-connected ailments.

Why did this happen and why would those who had the responsibility to make sure that this Disabled Veteran was treated with the upmost respect without leaving him to suffer in his health with false promises that never came to reality of being appropriately compensated for his VA Benefits?

You will be amazed at what this Disabled Veteran lived through while serving this nation with his heart and soul, in addition, to what he had to endure while being denied what he deserved as a retired 20-year E6 in the U.S. Navy; eleven years Reserve; and eleven years Civil Service with the Naval Station, Norfolk, Virginia, which he will further mention in his own words.

In his own words,

I am a Disabled American Veteran who received an Honorable Discharge from the U. S. Navy where I served for twenty years and four months, and three days. As far back as I can remember which included many job performances I had to perform as a Chief E1 and E4 through E6, I was assigned to every hard detail or manual labor in order to keep the U. S Naval ship operating. In fact, all sailors would have to perform duties of regular jobs, with other duties assigned by officers.

A prime example was, crew members took out trash, garbage supplies from the ships to boats to the shore lines. From the U. S. Enterprise which I was stationed above in the Gulf of Tonkin, certain crew members had details and duty(s) of taking supplies and waste to the inland shores for deposal from the assigned ship.

I served in the blue waters off the coast of Vietnam and was exposed to Agent Orange Defoliant, Boot on Ground visits to shore, while working and taking supplies from ship to the mainlands of Vietnam. I have been exposed, also, with Asbestos, because I spent time above thirty–eight (38) U. S. Naval Vessels and in addition, my wife is suffering with the exact same exposure, because of my bringing clothes home for her to wash and iron. This now has her diagnosed with Mesothelioma, the same as myself, and it isn’t getting any better.

My entire body will never heal and I constantly have to see my physicians or be hospitalized, having had several surgeries to correct the ailments I constantly suffer with each and every day. Therefore, I can’t understand why I had to suffer any more while I could die at any time due to my age of 93-years-old. This is totally inhumane for anyone to be denied desperately needed VA Benefits that have been a burden upon me for many years.

In addition, as mentioned above, as it applies to ailments I now suffer with, I had to have surgery because I suffered from Gynecomsatias, swelling of the breast, which resulted in a nasty long scar after the surgery, which was a failure; prostate cancer; chronic heart condition; loss of sight in the left eye; loss of hearing – Bilateral in both ears and have to wear hearing aids; gout; loss control of bowels; Neurophathy in my upper and lower limbs; COPD; kidney failure; PTSD; blood clots in the left leg; and these ailments tend to increase as I get older.

I do not desire to die without acquiring the VA Benefits that I so desperately need in order to better take care of myself and family.

The wars I fought in were World War II, the Korean War, and the Vietnam War. How could the U. S. Navy Veterans Affairs treat me so harshly while I continue to suffer with ailments that are severely life threatening?

I never dreamed that I would have the problems that I have faced when filing for my VA Benefits. How could the VA tell me that I never served in any military Armed Forces and leave me without direction in order to receive the award that I know I should qualify for?

I have searched out every known area in order to acquire processing of my VA Benefits, however, no one would process them appropriately for me to acquire a positive response that would qualify me. I went to the Tidewater Community College because there was a service personnel on staff to assist veterans, however, after they filed my VA Application, I was denied.

I had individuals to come to my home, because I am in a wheel chair, to receive my correspondence and they never would return to do anything for me in order to sign the necessary correspondence that I gave to them, if they processed my application. Unfortunately, their phone numbers would change and I had no means of getting back in touch with them to know what they had done in order to acquire appropriate processing to receive my VA Benefits.

This was terribly depressing to me to the point I contemplated committing suicide because I felt that my country had let me down, even when I had to produce my medals received while in the U. S. Navy to show proof that I was enlisted and served 20 years in the U. S. Navy, eleven years Reserve, eleven years Civil Service before I completely retired.

However, I had my nephew, Joseph Spence to introduce me to Dr. Vivian Anderson who listened to what I had to endure and was shocked to know that I had to experience such negative results while trying to acquire my VA Benefits. Dr. Vivian Anderson wasted no time and really prepared the claim so thoroughly that there was not any reason for me to be further denied my VA Benefits.

I say this, because she met me in June, 2017 and by September 1, 2017, I received my VA Benefits of 100%. But, she wasn’t satisfied, because the VA didn’t complete my claim. According to Dr. Vivian Anderson, in order for me to receive retroactive pay and in addition, pay for the additional ailments that were listed on my application. Dr. Anderson included within the VA Forms identifying and defining, that I was exposed to Agent Orange and Asbestos while serving in the Armed Forces of the U. S. Navy. I am presently waiting for additional pay for my claim. I can clearly say without a doubt that Dr. Anderson will not stop until she has received the appropriate answers that she researched as it applied to acquiring the long overdue VA Benefits that I should have received without a hassle of the VA processing of my claim for benefits.

I never had anyone to challenge the VA as Dr. Vivian Anderson and she isn’t afraid to request the appropriate assistance that is so needed for all Disabled Veterans who have difficulty receiving what they so desperately deserve without questions, especially when you have served this nation, without facing the hardships that I suffered, prior to receiving my VA Benefits.

Dr. Vivian Anderson challenged the VA and they didn’t refuse to render what she addressed. She even contacted the Veterans Affairs in the White House and they didn’t take any length of time assisting her with whatever she requested for me.

That is exactly how it should be done and I sure pray that others would search her out if they are having problems with their claims, as previously mentioned within the content of this article. In addition, I want to thank my nephew, Joseph Spence, for introducing her to me and my family, because we felt hopeless of ever receiving anything from the VA.

Thank you, Dr. Vivian Anderson, for your service to serve me when I had no hope of acquiring what I desired as my VA Benefits. I know that our Heavenly FATHER sent you to me and my family and you performed everything that you promised and we are sincerely thankful for your work. You will change the lives of multiple Disabled Veterans who are trying to qualify for their individual VA Benefits.

“WHAT SAY YOU, AMERICA?”