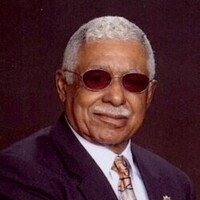 By Glen Mason
Special to the New Journal and Guide

When he left our early plane about a week ago, in my humble world view, it was as if head basketball coach/director of Inter Collegiate Athletics Emeritus, Robert “Bobby” Vaughan, was the last of a self-sacrificing, character building, rare breed of polymaths that turned a small HBCU sports conference into “Fourteen of the Finest.”

I felt honored, and fortunate, that right out of Norfolk Catholic High I was blessed with a job that would allow me, someone the aforementioned Hall of Famers practically raised professionally, witness and write about how they developed young men and women. Educated them. Broadened their horizons. Serendipity would have it that I was destined to tell their stories. Fortune had it that under their tutelage one would become coach, sports marketing protégée, scouting road dog and eventually associate documentary producer for Coach Vaughan’s “Bob Moorman: America’s First Real Super Soldier.”

But! There was absolutely NO WAY I was going to be Coach Vaughan’s co-pilot in that cool Cessna he used to fly. A licensed pilot, Bobby Vaughan was a man’s man and a coach’s coach.

As I reflect on his legacy at Elizabeth City State University. I am humbled to be considered a friend, colleague, and one of his many students of “basketballology.”

I first met Coach Vaughan as a neophyte sports writer for the Ledger-Star back in 1972. It was in the office of Norfolk State University’s Hall of Fame athletic director Bill Archie. Another mentor of mine. Coach/Director of Intercollegiate Athletics at ECSU, Vaughan was there to set up a basketball game against the Vikings’ arch rival, the Norfolk State Spartans. It was then I learned about true sportsmanship. When I walked in, Coach Vaughan was joking with Archie and his Spartan counterpart Charles Christian. I thought they were supposed to be talking strategy and team logistics. But they were sitting around chatting like old friends.

Turns out they were. Vaughan and Christian were roommates at Virginia State University. And starting guards on the basketball team. Then in walks Clarence Sessoms, an official.

Amazed that the paper had finally hired a sports writer of color, it was time to make sure the young man didn’t make a fool of himself when he got to the big leagues. So they made sure I became a student of the game.

After they finished with me, then it was on to Clarence “Big House” Gaines and Johnny McLendon for my Masters, for lack of a better colloquialism, in “Basketballogy.”

“He was head basketball coach as well as AD when I attended Elizabeth City State. I just respected his quality basketball knowledge, and coaching over the years,” said Alvin Keels, a sprinter on the Vikings track and field team. “I got to know him better years after I graduated and realized how nice and good a guy he was. He maintained his loyalty and love to ECSU and the CIAA. I was amazed of his knowledge about basketball and coaching.”

Coach Vaughan was bigger than life. Early in his career he was regarded as the handsome, swashbuckling “Boy Coach of ECSU,” a nickname or nom de gurre former Guide sports columnist and editor gave him a when he was named the youngest head coach in the old Eastern Intercollegiate Athletic Conference.

Not to be a fan boy but I felt honored one night back in the day when at a press table there was the legendary Bobby Vaughan of the “crazy man” defense on one side and his mentor, the Godfather of basketball, the legendary Johnny McLendon, on the other. Someone told me I looked cool and professional. But in their company, to be honest, my head was about to explode. I turned into complete fan boy. Here I am right in the middle of two sports icons. Legends. Sports pioneers.

Coach Vaughan is one of the most influential men in my life. He was as instrumental in my career as a coach. Further, as a professional.

Dr. Claude Mackie and Alvin Kelly served as an assistants to Coach Vaughan after playing for him. When Vaughan, also director of athletics at the time, stepped down as head basketball coach, Mackie replaced him. Mackie did his friend and mentor proud. Shawn Walker, who was a point guard on Mackie’s great teams, is now the head coach at ECSU. After Dr. Mackie stepped down to go teach graduate school and segue into college administration, former Booker T. Washington basketball coach Barry Hamler led ECSU’s basketball program. Coach Vaughan, John Milbourne and myself did the scouting for him.

He said Vaughan will be remembered as a “dear friend, mentor and a legendary, pioneering coach.

“Coach Vaughan was a legend. A winner. Over 500 games. He was recognized as a leader among young coaches for over 60 years,” said Barry Hamler, who was with Vaughan and his family during his transition.

“When I traveled with him everybody knew him. Knew who he was. Everybody respected him. They knew he was very knowledgeable about basketball. A mentor. He will be truly missed.”

Note, without a three-point line! But I digress.

“As a student-assistant for the Fears’ years with the NSU Spartans I watched two of the most intensive, competitive, motivational coaches going at it every year,” said Avery, himself a Hall of Fame coach at Hampton University as well as athletics director. He apprenticed under the same group of mentors as well.

“They were two of the most intense competitive motivational coaches going at it every year. It was classic,” mused Avery whimsically.

I won’t go on ad nauseam about the statistics he posted. The ones I wanted aren’t kept track of. There are no stats for humanity, his love of family and the love of education, developing young men and leaders under charge. But just like everything else he did Bobby Vaughan excelled at it.