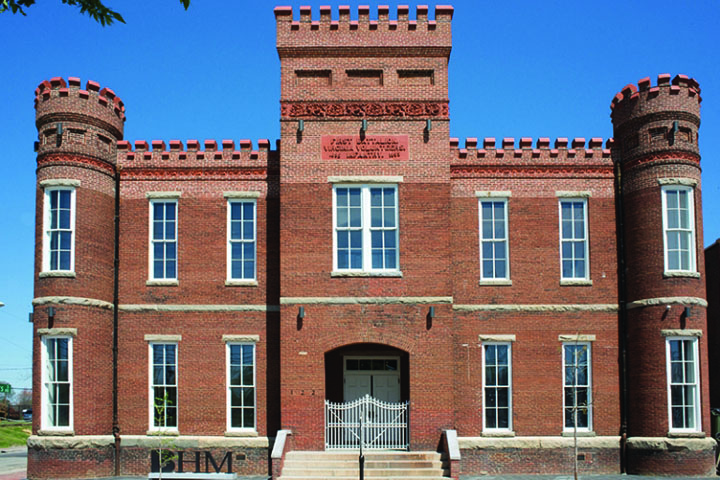 RICHMOND
The highly anticipated opening of the new Black History Museum and Cultural Center of Virginia in Richmond officially opens its doors to the public at the Leigh Street Armory, located at 122 W. Leigh St., on Tuesday, May 10. The new vastly enlarged site replaces the former 34-year-old Black History Museum several blocks away. The new facility features more than 12,000 square feet across two floors that illustrate the African-American experience in Virginia and beyond.

First floor permanent exhibitions include 46-inch interactive touchscreens, along with artifacts and panels detailing Emancipation, Reconstruction and the Civil Rights eras. Each of the first floor galleries contain “Children’s Zones,” interactive exhibitions housed in the turrets of the building specifically designed for youth visiting the museum. The second floor will feature nationally recognized traveling exhibitions. Its opening exhibition, the “Funky Turns 40: Black Character Revolution” exhibition will showcase more than 50 vibrant pieces of 1970s animation art. The exhibition will run from May-Aug.

In September, a traveling Romare Bearden exhibition, “Vision to Activism,” will replace the Funky Turns 40 exhibition and runs through December. Bearden was arguably the greatest African-American artist of the 20th century and his collages will attract visitors from Virginia and the East Coast. A multimedia research room opening later in the year will allow visitors to explore their genealogy.

“For 34 years, the Black History Museum has been the only museum in Richmond focused on telling and preserving African-American history in Virginia. We are charged with telling that story as it was central in shaping America’s history,” said Tasha Chambers, museum director. “What’s most important as we embark on our new journey is that we not only use this interactive space to showcase world-class exhibitions, but that we create a safe space to have dialogue about issues that are affecting our country. We also must develop programming that provides real-life strategies for young people to become our next generation of leadership and to instill pride in them by sharing the inspiring stories of Black trailblazers from Virginia.”

Renovations to the Leigh Street Armory began in 2014 by developer The M Companies and contractor Emerge Construction Group. Baskervill served as the project’s architect. The building was originally constructed in 1895 and served as the base for the First Battalion Virginia Volunteers Infantry, Richmond’s first African-American regiments. Through the years, the property also was used as temporary housing, a recreational hall for African-American troops during World War II and a school until the 1950s. “The museum is a resource to learn about Black history and Virginia’s past through exhibitions, discussions and celebrations,” said Marilyn H. West, Black History Museum and Culture Center of Virginia board chair. “We’re looking forward to opening the doors to the community to continue the museum’s legacy of educating visitors about African-American history.”

The facility held a series of public preview events May 5-7, including a cocktail reception featuring a ribbon cutting, live entertainment and honorary guests. The museum begins regular operating hours on Tuesday, May 10. The museum will be open 10 a.m.-5 p.m., Tuesday-Saturday and on Sundays by appointment only. Admission costs $10 for adults; $8 for seniors and students with IDs; $6 for children 3-12 years old; and children 2 and under are free. Membership for the Black History Museum and Cultural Center of Virginia includes admissions and starts at $35 per year. For more information, visit http://Blackhistorymuseum.org/membership.