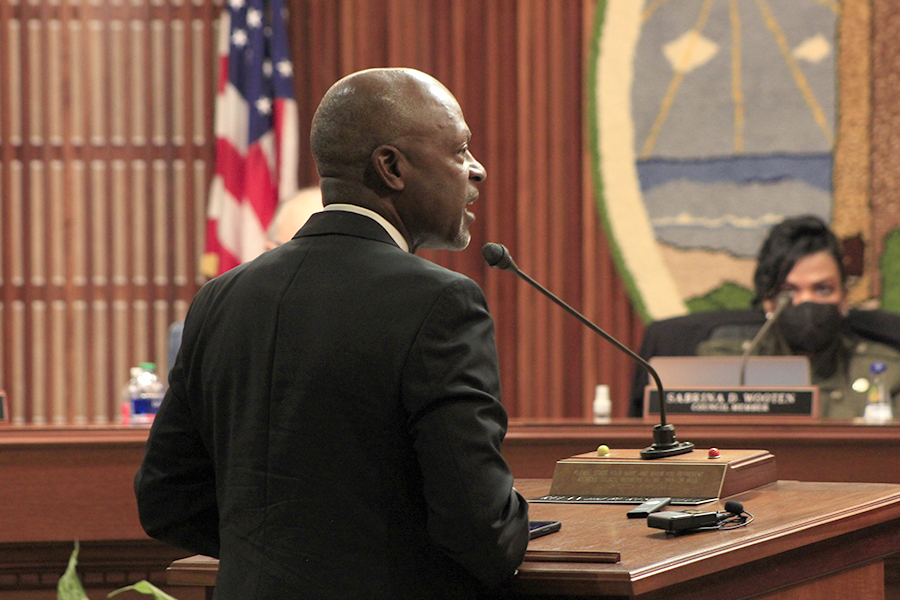 The Virginia Beach City Council voted during its November 16 meeting to create to a new Citizen Review Board overseeing investigations of alleged police misconduct.

The creation of the new board was unanimously recommended by a taskforce appointed by council to study the validity of its implementation. The panel will be able to do independent reviews of any citizen complaint, internal investigations, or police policies and procedures. Members would also be required to investigate deaths or serious injuries that result from police action.

It is still unclear how long it will take for the new review panel to be formed and begin operations. The current board, according to city documents, only reviews police internal affairs reports on an incident after they are completed.

When the new board is finally formed, the panel will have the ability to apply for and issue subpoenas during investigations of alleged abuses of police of citizens.

The council said this would be a powerful tool.

Rev. Gary McCollum of Virginia Beach is skeptical about the effectiveness of the new panel as it stands now.

“It was a good first start,” McCollum, an associate pastor at the Historic First Baptist Church of Norfolk on Bute Street, told the GUIDE a day after the council’s decision.

“But the new board will be just as ineffective as the last one,” he added.

Except for the subpoena power, the city did not adhere to all the ideas of reforms outlined in legislation passed by the State Legislature earlier this year, related to the creation of local police review commissions, he pointed out.

McCollum said the new plan does not hold the police accountable nor provide transparency during investigations of police abuse against citizens or other misconduct.

McCollum said another factor that renders the revised panel ineffective is the fact its chief administrator is hired by and must report to the City Manager.

“This is just like the fox in the hen house,” McCollum said. “The City Auditor’s Office does not report to the City Manager because it has to remain independent.”

“What if the City Manager refuses to fund the panel if it wants to assert its powers and the city does not like what it’s doing?” he asked.

The third factor, according to McCollum, is the inability of the board to apply disciplinary actions directly on police officers if it has proven they were abusive.

He said another missing piece of the puzzle is who or what entity will name the eleven members of the panel.

The new board will have 11 members and two non-voting members with staggered terms.

Members of the panel will receive about 45 hours of training, including police ride-alongs and police academy lectures before they start hearing cases.

The prominent case which spurred the creation of this board was the incident involving Donovan Lynch, who was shot to death by a Virginia Beach officer in the early hours of March 26, 2021. The officer who killed Lynch was placed on administrative leave and the case remains open under investigation eight months later. The officer has been with the department for five years and is assigned to its special operations division.

Lynch’s death occurred during a rash of shootings reported shortly after 11 p.m. on Friday, March 25 along a crowded strip of hotels, clubs, and restaurants.

Investigators believe the shootings stemmed from a fight involving a group of people, according to police reports.

Reports from police and bystanders have conflicted about whether Lynch had a weapon and the officer was responding to a threat from him. Police now say Lynch “brandished” a firearm. Family members say Lynch worked in security and had a permit to carry a handgun but that he did not take it out of his pocket that night.

Wayne Lynch, the victim’s father, has filed a lawsuit in the U.S. District Court in Norfolk, and is demanding a jury trial.

Also killed in a separate shooting that night was Deshayla E. Harris, 28, of Norfolk. Investigators believe Harris was a bystander struck by stray gunfire.That case is also open.

It is still unclear how long it will take for the new review panel to be formed and begin operations.

The current board, according to city documents only reviews police internal affairs reports on an incident after they are completed.

“This is one of the most important pieces of legislation we have voted on this year,” said Virginia Beach Councilwoman Sabrina Wooten, who supported the measure.

She said it is about providing an increased sense of transparency and accountability for Virginia Beach police. She added that she would favor future changes to be made to how subpoenas are obtained and who gets to hire staff for the board.

In a statement to the GUIDE, Wayne Lynch, the father of Donovon Lynch, applauded Wooten’s support for the revision.

“First, I want to thank the Virginia Beach City Council, particularly Mrs Sabrina Wooten, for her due diligence in keeping the pressure on members of the council to revisit the Citizen Review Board concept and the formation of a task force to study the validity of its implementation,” he wrote in to the GUIDE.

“But there’s more that needs to be done to make the citizens of Virginia Beach and, in particular, those families that have been devastated and traumatized by police brutality to be made whole.”

Lynch said he believes “the citizens of Hampton Roads and across the United States are ready for transparency and accountability of law enforcement, making oversight of police departments a must to achieve this goal.”