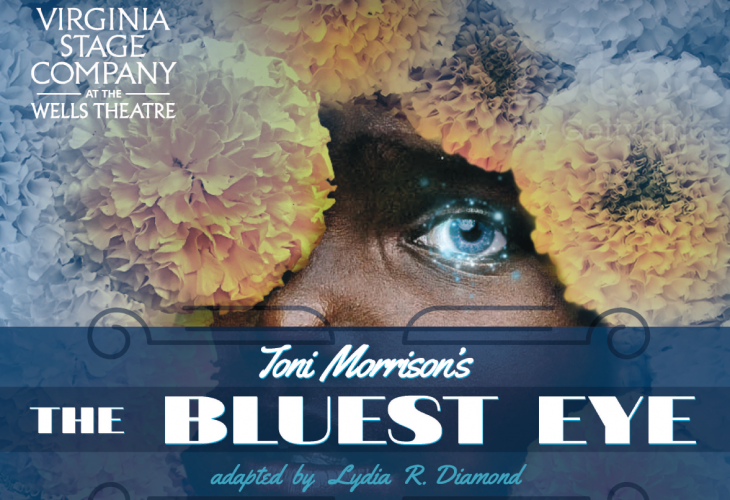 How much of who we are – culturally historically and personally – is displayed via the written word, images on the screen, art on the wall or music which stirs us to dance or relax?

In 1970 Toni Morrison’s first novel “The Bluest Eye” was published. At age 88 today, she has written a number of award-winning books since then, earning her the Presidential Medal of Freedom, a Grammy Award, and a host of other accolades.

Was The Bluest Eye a self-portrait of the famous writer who became the first Black woman to ever be awarded the Nobel Prize in Literature? Morrison and the novel’s main character, Pecola Breedlove, were both born in Lorain, Ohio, the setting for the novel

Morrison lived in a loving family, but the main character in the “Bluest Eye” did not.

However, at one time, the landlord burned down the home Morrison’s family rented from him. A similar situation happened to Pecola Breedlove in The Bluest Eye.

After the fire, Pecola, 11, had to move into the home of the relatively loving and stable MacTeer family. She connected with Claudia and Frieda, 9 and 10-years-old.

Claudia narrates the tale as Pecola finds temporary comfort in the MacTeer home.

But alas, Penola must return to the chaos of her own family.

Toni Morrison was born in the depths of the depression and “The Bluest Eye” was set in that time. The whole world told the white child actress Shirley Temple that her blue eyes made her a protected wonder.

But Pecola’s skin is dark, her hair is nappy, she is poor, and she is told constantly that she is ugly.

Pecola sees these images and believes if she had the same traits as Shirley Temple that she would be loved and protected from the pains waiting to pounce at every turn.

Morrison’s novel with its drama, comedy and historical reflections was transported from its book pages to the stage years ago.

Hampton Roads will be able to witness it under the lights of Norfolk’s Wells Theater produced by the Virginia Stage Company (VSC) starting March 6 to March 24. The play is another collaboration between the VSC and the Norfolk State University Theater Arts Department.

Three NSU students are performing in the production and one understudy: Ja’Keetrius Woods (Claudia), a Junior drama & theatre major; Dijimon Armani (Frieda/Darlene), a junior Drama & Theatre major; and Levonte Herbert (Soaphead Church) who is a part of Norfolk State University’s Inaugural Bachelor of Arts in Drama and Theatre Class of 2019. Other NSU students were involved throughout the process, and rehearsals were held at NSU.

For more information and showtimes go to http://www.vastage.org/bluesteye.

If there are so many similarities between Morrison’s life and the context of the novel, using the mirror of Black history and life to see them, how does the novel resonate in 2019?

African-Americans of all genders, incomes and educational levels still struggle with white physical and material privileges and its abuses. “White beauty” is still the ideal to define female attractiveness. For example, New York was forced recently to pass a law protecting Black hairstyle choices.

The #Metoomovement is seeking to address the past abuses of women, and so is the marginalization of Black members of the broadening Gay Community.

Five years ago Khanisha Foster directed The Bluest Eye. The Fox Fellowship recipient has used her skills to apply a multi-racial voice and code-switching on page, stage, and screen. She deems herself a cultural activist and illustrated it in a solo show, Joy Rebel, at

She was a featured storyteller on NPR’s The Dinner Party.

Four days before the opening of the show at the Wells, Foster, the director, and Tabatha Gayle, who portrays Pecola, in her debut on the Well’s stage, talked about the production with the GUIDE.

Foster said it was important for her as the director to project all of the personal, racial and social dimensions of Morrison’s near half-century old work of literary art.

This includes the “signals” Black women have been “internalizing” historically about the physical/beauty standards of White versus Black during and after the 1940s.

This includes Pecola’s obsession with Shirley Temple’s blue eyes, the elements of the Black and white community Pecola encounters, and dealing with how the characters are reacting and coping with it.

The director said she wanted the clothing/costuming and the characters’ hair and how they communicate with each other to reflect the cultural times.

‘This is not just a sad story,” said Foster. “I want the audience to see how brilliant she (Pecola) is … how she reacts and listens and picks up stuff around her. She knows how to protect herself, despite all of the pain impacted on her.”

One interesting feature of Foster’s directorial vision of “The Bluest Eye” is how she uses a single male actor to project the dual images of manhood and fatherhood.

There is the considerate and loving “Mr. MacTeer,” whose family hosts Pecola when her biological father, Cholly Breedlove goes off and tries to burn down the family home.

Mr. MacTeer is protective of his wife and his two daughters, Claudia and Frieda.

Penola’s father, Cholly Breedlove, is the opposite. He redirects his anger and hurt, collected over time, on his wife, Pauline.

She has a deformed foot and has, like her daughter, has been told over and over again – she is ugly.

The Breedlove’s son. Sammy. copes with the domestic chaos by running away from home.

Oakland native and Cornish College and SMU graduate Beethovan Oden plays the part of both Mr. MacTeer and Cholly Breedlove.

Foster said she “trusted” Oden to portray the loving Mr. MacTeer and the angry Mr. Breedlove. She wanted to show the brutality and the truth of Cholly Breedlove’s attack on Pecola.

But she also wanted to show the distinct contrast between the two men as their roles as Black fathers come forth during the course of the play.

“What Toni Morrison wrote in her plays and what we see hurts,” said Foster. “She wrote so true about Black life, including the abuses and the attack on Pecola by her father. But I wanted to alleviate the shame. I do not want to shame anyone because of their actions in the novel.”

Tabatha Gayle, who hails from Connecticut, is also a multidisciplinary performer and activist in Harlem. Her off-Broadway credits include Misogynoir (Ars Nova and Prelude 2018).

“Malcolm X once said (in the mid-1960s) that Black women and girls are the most unprotected people in America,” said Gayle. “That resonates today with all of the abuse and the neglect. But there is a shift. Like Pecola, Black women claimed what other people said about how we feel and look. It is so easy to accept what social media says about us. But Black women are claiming our beauty today.”

“Pecola was told over and over again that she was ugly,” said Gayle. “The self-hate rose in her as she claimed what she was being told. But she never attacked anyone. She was strong and she had perseverance and love for others. I don’t want anyone to pity her.

“Despite all of the cruelty, I want people to see how awesome she is. Also, Claudia, the narrator of the tale, had Pecola’s back the whole time that shows the sisterhood and the strong bond they needed.”