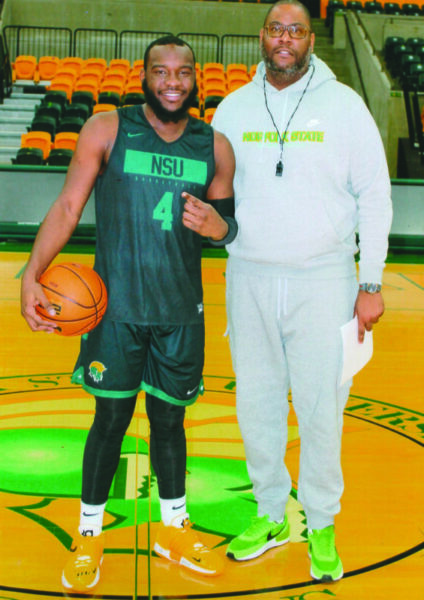 NORFOLK
Norfolk State University Senior Joe Bryant (No. 4) and NSU Coach Robert Jones entered this year’s MEAC Tournament as MEAC Player of the Year and MEAC Outstanding Coach. The Spartans secured the MEAC regular-season title and top seed in the MEAC Tournament. Bryant is NSU’s first conference player since the 2012-2013 season. On February 12, he scored his 1,000th career point in a win over Maryland Eastern Shore. Jones became NSU’s head coach in the 2013-2014 and during last season he led the Spartans to both their second NCAA Tournament appearance and their second tournament win.