According to Virginia and national health officials, Virginians are facing a resurgence in COVID-19 and its more infectious Delta I variants, along with the rest of the nation.

Center for Disease Control (CDC) Director Rochelle Walensky, testifying recently before a Congressional Committee, said the new Delta variant now makes up 83% of cases, up from 50% at the beginning of July.

In late July, according to the CDC, 64,000 cases of COVID-19 were diagnosed nationally.

“This is a dramatic increase from — up from 50% from the week of July 3rd,” she testified in the hearing before the Senate Health Committee.

On July 30, there were 100,000 daily cases across the nation, according to data from the CDC, numbers not seen since February 2021 when people were just beginning to get vaccinated.

In Portsmouth, for example, a health department spokesperson told the GUIDE, the city is reinstituting its campaign to urge people to get tested.

As of this week, anyone entering the Norfolk City Hall and Court House complex is now required to wear a mask. Also, until further notice, indoor group sports at Norfolk recreation centers are prohibited. Patrons must wear a face covering while exercising and pool use will be limited to one swimmer in each lane.

Disease experts have predicted as many as 140,000 to 300,000 cases a day in the United States are possible come August, likely fueled by the more transmissible Delta variant and the widespread resumption of normal activities.

Earlier this month, the Virginia Department of Health (VDH) announced that nearly 100% of new COVID cases from December 29 to June 25 occurred among unvaccinated or partially vaccinated residents.

Those Virginians made up 99.3% of hospitalizations and 99.6% of deaths over the same period.

In mid-June, the Delta variant accounted for just over 30% of new cases, then crossed the 50% threshold in late July to become the dominant variant in the country.

Another threat being detected by medical officials is an uptick in “Breakthrough Infections” which occurs when people, who are fully vaccinated contract the original virus or one of the variants.

Healthcare officials say such infections are “rare” as the various vaccines are at least 99 percent effective against the original and variants of COVID-19.

The various vaccines including Johnson and Johnson, Moderna and Pfizer are highly effective in deterring people from being infected by COVID-19 or the Delta Variant, so says the Center for Disease Control (CDC).

In the past months as states and locales have relaxed COVID-19 protection protocols, the number of people who are being vaccinated has stalled.

Jaberi said during April, the height of Virginia’s vaccination campaign, 100,000 people were vaccinated a day. Today the number has dropped to an average of 11,000 per day, he said.

“There is a spike in infections,” said Jaberi. “It is not as high as it was last fall or earlier this year. But we are seeing a rise across the state and it is a source of concern.”

According to the Virginia Department of Health (VDH), some 55 percent of the state is vaccinated as of July 20, with 53.7 percent of the citizens fully vaccinating and some 60.6 having received at least one shot.

Virginia is the only state in the South that has over half of its population vaccinated.

But there is still a high number of U.S. and Virginia residents, notably African Americans, who are not vaccinated due to vaccine-hesitancy.

Despite an effort to vaccinate the unvaccinated, state and national health officials are alarmed at how the rate of vaccinations has stalled which may cause a resurgence of COVID-19 and its variants this fall.

The unvaccinated are not only vulnerable to the COVID-19 but also more easily transmissible Delta Variant. 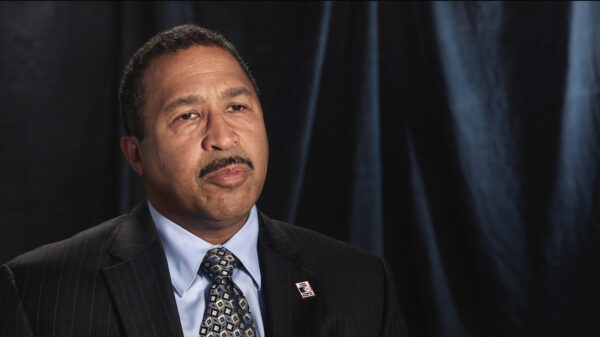 By Leonard E. Colvin Chief Reporter New Journal and Guide It is the first week of September and seasonal parties,...