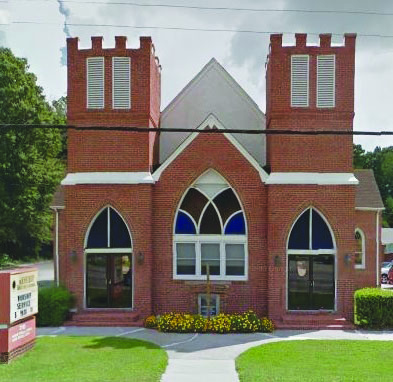 The theme for the 2016 edition of Black History Month (BHM)) is “Hallowed Grounds: Sites of African-American Memories.”
The theme is devised annually by the Association for the Study of African-American Life and History, (ASALH) which was founded by Dr. Carter G. Woodson in Washington, D.C. a century ago.

In explaining this year’s theme, the ASALH noted, “The history of African-Americans unfolds across the canvas of America, beginning before the arrival of the Mayflower and continuing to the present.
“From port cities where Africans disembarked from slave ships to the battle fields where their descendants fought for freedom; from the colleges and universities where they pursued education; to places where they created communities during centuries of migration, the imprint of Americans of African descent is deeply embedded in the narrative of the American past.

”These sites prompt us to remember that over time they became hallowed grounds.”
The Commonwealth of Virginia which began as a colony and as the destination of thousands of Black slaves, some who were later exported to other parts of the country, has a significant share of these “hallowed grounds.”
Many are located in and surrounding Hampton Roads to include First Baptist Church in Williamsburg; the dismal swamp where Nat Turner hid after leading the revolt in Southampton County; the fields where Black soldiers fought and died for their freedom during the Civil War; and the Emancipation Oak on the campus of Hampton University, where Blacks learned they were free.

Many of the hallowed sites are long gone due to neglect or demolition, and are recalled only in the passages of history textbooks, the failing memories of our elders and the historic markers laid by local governments or the state.
Others we drive and walk by daily without realizing their contributions to the freedoms we take for granted.

Historians say the Seatack community of Virginia Beach has existed since the 1500s. Its name was given birth in the 1700s when British war ships hurled rockets to dislodge rebel forces from it.
According to Seatack’s history accounts, the Blacks who originally settled in Seatack in the late 1700s or beginning of the 1800s were free, not slaves. They owned their own farms, built their own homes. They were craftsmen, builders, farmers, fishermen, and hunters.

Since then, Seatack has become symbolic of Black self-determination, enterprise, pride and unity during slavery, emancipation, the Black liberation movement of the 60s and onward.

Along the 300 block of Birdneck Road sits Mount Olive Baptist Church. Its pastor today is Rev. Jason N. Knight, 28, who is being called Seatack’s own “Baby Martin Luther King” by some in the community. He has been at the church for only one year, and is being called the “Voice for the … voiceless” so well that the Virginia Beach Interdenominational Ministers’ Conference honored him at their Virginia Beach MLK Breakfast, January 18, 2016 as “Clergy of the Year.” Pastor Knight has inherited leadership at a local hallowed ground. Mount Olive was the first church in the main Seatack community and is called the Mother Church of Seatack. Located near the oceanfront, it was the first site of a school for Black children in the mostly rural area in 1908.
The original Mt. Olive Church was built in 1897 and Seatack residents like E. George Minns say this house of worship is a strong symbol of this year’s BHM theme.

“In 1906, the Black craftsmen who lived in Seatack and worshiped at Mt. Olive Church built that small Town of Virginia Beach, which was home to mostly White residents of means,” said Minns. “This was a time of strict segregation, but those Black people were the backbone of the small White community. They could not sit in the dining rooms to eat the food they cooked (for White people), and could not step in the waters of God’s ocean nearby. They could not move about in freedom unless they had a White baby on their hip, or a white apron wrapped around their waist.”

Minns said that during World War II, Black men from Seatack, who attended Mt. Olive, “baby-sat” the town of Virginia Beach, standing vigil as U.S.-Virginia Air Raid Wardens against Nazi attack.
“ At that time there was no Farm Fresh, so the Blacks raised their food on the farm or they were fishermen from their boats on the water, to feed their family, and the community,” he said. “Before there was a rescue station, according to the U.S. Coast Guard History records, those Black watermen from Seatack rescued those in distress in the ocean.”

In 1948, Seatack residents established their own fire department, known as the Seatack Volunteer Fire Department. It is believed to be the first Black-owned and operated fire department ever to exist in the United States.
“At the time, if the county fire department responded to a call, you had to pay $50 before they could save your home from fire,” said Minns.

According to Minns, one day a Black elderly lady summoned the fire truck to save her home which was ablaze. However, because she did not have $50, she and her family watched helplessly as their home burned to the ground.
“They were people of faith, so instead of getting angry, the Black people of Seatack got busy,” said Minns. “At Mt. Olive they held ‘dinner Saturdays’ and the ‘good right hand ladies’, as they were called, cooked food and sold dinners to raise money to buy an old oil tanker and to fund the Seatack Fire Department.”

“There were no fire hydrants … so the tanker truck was rigged to be filled with water so it could be pumped to put out fires,” said Minns. “The tanker was called Big Bertha. This was how the Seatack Fire department was created.”

Minns said one day, two big mansions of some well-to-do White families caught fire in the Bay Colony section of the town. He said the little city fire station called the Seatack Fire Department and asked them to bring Big Bertha to help snuff the fire engulfing their mansions.

“Out of faith and charity, the Black firemen under the godly leadership of Joseph V. Grimstead, Sr., Seatack Fireman, dashed to Bay Colony and helped save those mansions,” said Minns. “These are just some of the stories of the examples of the men and women who served God and helped their community prosper and grow.”

Mt. Olive Baptist Church was the site where the Seatack Public School League of Princess Anne County got its start on April 25, 1925 … It was the first Black privately owned and operated school board, and the meetings were held at the church.

A high school committee was formed and Mr. Brinkley of Union Baptist Church became the Chairman. The County School Board said if the Black parents would provide the land, the county school board would build the school building under a federal work grant of the 1930s.

The Black community donated four acres of land at the corner of Witchduck Rd. and Cleveland Street. When it opened, it was called “Princess Anne County Training School” (PACTS).
After the little city of Virginia Beach merged with Princess Anne County in 1963, the city had to provide a high school for Black children.

The Virginia Beach School Board purchased an additional 12 acres to add to the first four acres donated by the Black community, and built Union Kempsville High School. “Union” from Union Baptist Church and “Kempsville” because it was located in Kempsville.

Seven years after it opened, it was discontinued in 1969, due to the desegregation of the city’s schools. As was the practice across the South, White parents did not want their children attending a formerly all-Black high school, such as UKHS, and further, they did not want their children graduating with a diploma from a formerly all-Black high school.

So Mr. E. E. Brickle, who was the White superintendent of Virginia Beach schools at that time, in order to keep peace with White parents, ordered the former Black high school to be closed, and all Black students were divided up into small groups and forced to attend formerly all-White high schools.
The Union Kempsville High School building and football stadium no longer exist.
The Black Students Alumni Association of PACTS – Union Kempsville High School pushed for a museum to honor PACTS and UKHS on that historic hallowed site which today houses the city’s Renaissance Academy.