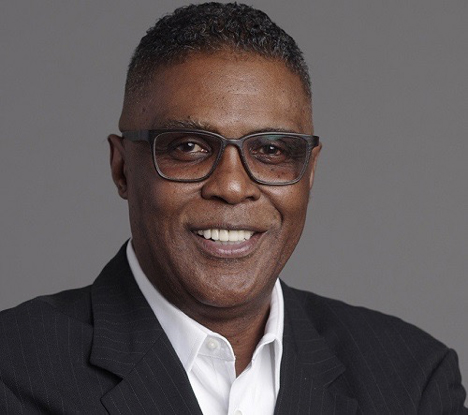 TriceEdneyWire.com
In 2016, a study was published in the medical journal Pediatrics, which found that Black kids 5 to 12 years old were two times more likely to die by suicide compared to White youth in the same age group.

Did you hear that? Suicide in Black children 5-12! Who remembers when suicide by a Black child was unheard of?

I have written recently about the impact that the times we are living in, have on the young people around our homes and communities, and the longer this pandemic, and all the other disruptions to our lives, I am becoming increasingly concerned that we could easily “lose” a generation, if we don’t pay attention.

In the study that I mentioned, the researchers found that White and Black children who died by suicide had several things in common. Most of them were male, most of them died at home and about one-third of them had been previously diagnosed with a mental disorder. Of those 5 to 12-year-old children who were previously diagnosed as having a mental illness, 60% of them had ADD or ADHD, only 33% had depression.

Sadly, the study even found that 29% of these little children actually told someone about their suicidal intentions. They were also more likely to have a problem or a conflict with a family member or friend prior to death, and if they did actually have a mental health And even sadder, no one listened.

Think about a child that young committing suicide. At that age, how reasonable is to expect that attempting to handle the stresses, challenges, and demands of the world they are born into is a Herculean task for the best-prepared adult. At that age, the child’s brain is still developing, cognitively. Children who die by suicide are more vulnerable as a group to respond and/or process interpersonal challenges in a healthy way. The result is a total inability to cope; leading to hopelessness.

These facts apply to all children from the study; black and white. But the researchers did find one distinct difference. These young children who died by suicide were far more likely to be Black than White children. This surprised the researchers, since suicide rates for this age group are traditionally higher in Whites. However, it is in line with recent data finding a definite rise in the number of suicides in Black children and a drop in White children.

Ok, folks, now who’s talking to our children during these times? Relationships with teachers, school personnel, crossing guards, bus drivers, friends, everything disrupted. Young children are, just recently, emerging from the “shelter in place” for several months; cramped (in many cases) in tight living quarters with adults who are struggling spending such extended time under these conditions.

We must not forget that the media barrage of constant news of doom and gloom with this pandemic, is freaking most of us adults out! Imagine what must be going on in the minds of our children. Are we talking to them? Do we ask them to share what they are having trouble with? Are we paying attention to whether they are having trouble sleeping or eating? Are we paying attention to our children?

This is serious! A recent story on NBC News shocked, while making my heart drop: “A study commissioned by the Congressional Black Caucus shows in recent years self-reported suicide attempts by Black teens increased by 73 percent. The rate decreased for white teens. Black children younger than 13 were twice as likely to die by suicide than White children.”

How did we, as a community, find ourselves here? Elementary aged youth almost never die by suicide, but now, those who do are more likely to be African American. Most people assume that homicide is the number 1 killer in the USA. Wrong. In the USA, the suicide rate is almost 2.3 times as high as the homicide rate.

In a world which has, increasingly, become more and more of a dangerous place to be if you’re a Black boy, our children are growing up petrified with fear for their lives. It’s subtle; they go through their days seemingly unfazed, as an innocent child; but these children see things. They know when they hear gunshots; the news of another family friend or relative being victim to the virus. Too much to expect a child between the age of 5-12 to handle; especially a Black child in this society.

I am inspired by so many, like my dear friend, Dr. Belita Webb, who has spent a lifetime uplifting, and “listening” to our children. In a recent conversation, she asked, “When are you going to write about the children? No one is talking to them.”

Please be sure that as we move forward, whatever school will “look like”, advocate that the appropriate behavioral health supports are in place to promote and protect your child’s mental health. Social determinants of health have long ago been identified as central to health outcomes. Now, more than ever, we need to assess the “social determinants” in our children’s lives.

I am hopeful that my writing, and all of us are paying more attention to our children. Let’s lobby, let’s advocate, let’s protect, and let’s love OUR CHILDREN.

Glenn Ellis, is a Harvard Medical School Research Bioethics Fellow and author of Which Doctor?, and Information is the Best Medicine. Ellis is an active media contributor on Health Equity and Medical Ethics. For more good health information visit: www.glennellis.com