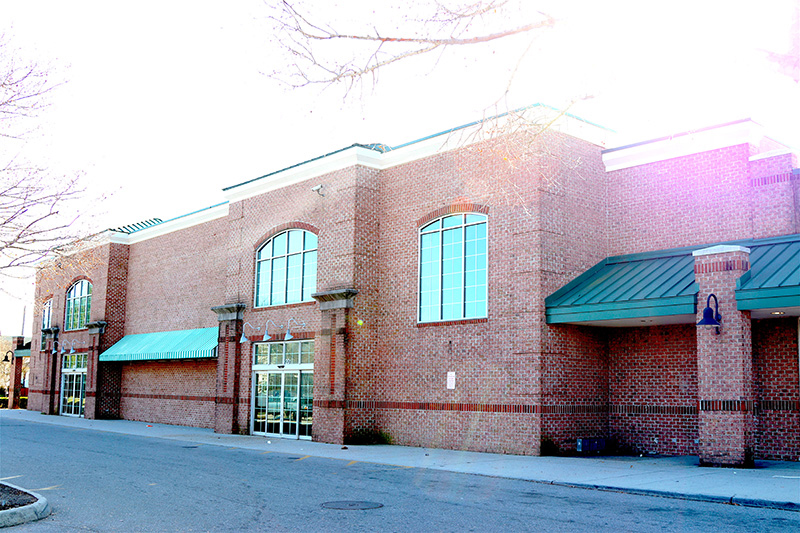 On Election Day, November 3, residents of Norfolk will decide if they want a casino built on the city’s southern waterfront.
Portsmouth, Richmond, Bristol, and Danville have similar referendums.
The cities hope a gaming center will bring jobs and tax revenue. Opponents say it will only worsen gambling addictions and lure crime.
If approved, these cities believe casinos will enhance their attraction as tourist destinations, a new source of tax revenue and employment options for their residents.
In Norfolk, weeks before voters go to the polls, developers of the proposed gaming facility in Norfolk have shown their willingness to invest in the areas near the proposed site, where some of the city’s poorest residents reside.
The Pamunkey Indian Tribe, the main developers of the Norfolk Casino, have donated the first $150,000 to create the Nutritional Equity Fund (NEF) designed to remedy food deserts in underserved sections of Norfolk.
Recently, they donated $17,000 toward helping the city distribute food to these areas.
Norfolk Mayor Dr. Kenneth C. Alexander announced the donation and the creation of the NEF in a press release on August 31.
The money will be the initial investment in a fund that Norfolk will build to attract a commercial grocery store or other food distribution outlet to locate in the downtown St. Paul’s Quadrant and in the Berkley section of Norfolk.
There are critics of the donation who believe the money is designed to “influence” city leaders and voters in Norfolk to approve the upcoming referendum to allow the Native American tribe to build a gaming center in Norfolk.
In the past two years, St. Paul’s and Berkley have seen grocers abandon their communities, greatly affecting residents with no reliable source of transportation to shop for food.
The most recent exodus took place in June, when the SAV-A Lot grocer left the Church Street Square shopping center in the St. Paul’s Quadrant.
“Everyone should have consistent access to healthy food,” said Mayor Alexander.
“We recognize that the current economic crisis is increasing hunger in our communities and too many of our residents are grappling with the instability and unpredictability that is accompanied by food insecurity. We are building partnerships to confront the root causes of food insecurity in Norfolk and are very grateful for the leadership of the Pamunkey Indian Tribe in supporting this effort.”
Dr. Chip Filer, Norfolk City Manager, added, “The goal of this fund is to bring money and capital to address the food insecurity that exists across our city. This effort is not just about opening grocery stores in food deserts but is a holistic effort to combat nutritional and health disparities through creative solutions.”
According to the Mayor’s press release, the initial $150,000 will be used for four specific goals toward ridding the city of food deserts:
Provide grant incentives to operators willing to open grocery stores in areas of Norfolk classified as a food desert;
Provide training and incentives to individuals interested in entering the grocery industry;
Provide grants to smaller stores for equipment purchases or store renovation that allows the market to sell fresh produce; and,
Provide grants to organizations and/or individuals to establish mobile markets, farm stands, or co-ops bringing convenient access to fresh fruits, vegetables, and pantry staples to mobility-challenged and elderly residents.
The Department of Economic Development will manage the Nutritional Equity Fund.
While the Sav-A-Lot in St. Paul’s closed its doors, the one on East Little Creek Road in Norfolk remains open.
A source with the city told the GUIDE the St. Paul’s outlet was “performing well” despite incidents of theft.

Four of Norfolk’s remaining public housing communities ring around the shopping center where SAVE-A-Lot existed in St. Paul’s.
Lavonne Pledger, who lives in the Young Terrace public housing community, is that community’s
representative on the St. Paul’s Food Distribution Coalition.
The coalition is a group of nonprofits, including the Food Bank of Hampton Roads, which organized two weekends of food giveaways to residents living near the shopping center and in the Berkley area under the banner “757feedthepeople.”
Since those events, the Food Bank and Mercy Chiefs of Portsmouth, another non-profit, have organized scheduled food give-a-ways to residents in the St. Paul’s and Berkley areas.
“I am hopeful that money will come our way in St. Paul’s and Berkley and not some other community,” said Pledger. “It seems the people who are developing that casino mean business and are interested in helping the people in those communities. We will see.”
Pledger said the city should use the NEF to create a program to help residents of St. Paul’s and other underserved areas, acquire skills to operate and manage a commercial grocer in their communities.
Anthony Daniels, who once chaired a committee organized in Berkley to advocate for the city to locate another grocer in that community, said he was hopeful “but I won’t believe it until I see it.”
“I hope they do not forget Berkley,” said Daniels. “They are always using theft (from the stores) as an excuse. But it happens in other areas. They could use that money for security.”
Norfolk Councilwoman Angelia Williams Graves represents Superward 7 where St. Paul’s and the Berkley community are in her voting district.
She said the city cannot specifically say when, but grocery outlets will be returning to Berkley and St. Paul’s.
Graves said the casino developer’s contribution could be “ seed money” which could grow into a larger fund to create incentives to attract grocers to those communities.
She said the money could create a subsidy to help a grocer with rent, buy equipment, or other operational costs.
Graves, echoing Pledger’s idea, said a new grocer could not only provide food options, but training and employment and other opportunities.
She said the city could create a model plan in coordination with Tidewater Community College (TCC) to create a retail grocery training program.