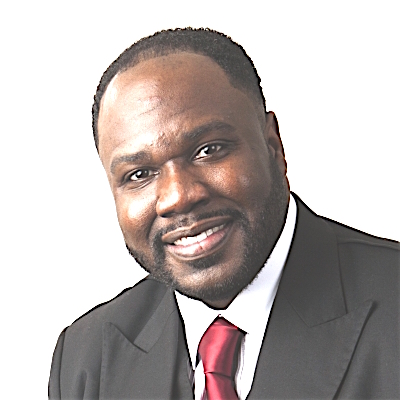 The Church of God in Christ (COGIC) recently appointed the Rev. Michael Golden Jr., of Hampton as one of its youngest bishops among 300 in a denomination that has some 6.5 million members around the world.

Bishop Golden, 41, is a native of the Hampton-Newport News peninsula and serves as the Pastor of Greater Emmanuel Temple COGIC, with two locations: North King Street in Hampton and one in Suffolk. He also has overseen “The Hour of Prayer” on WTJC 1270 AM.

“It’s a burden that I readily accept and look forward to carrying,” Golden said in recent news reports about his appointment.

The Church of God in Christ, Inc. (COGIC) is a Christian organization in the Holiness-Pentecostal tradition. It is the largest Pentecostal denomination in the United States. The membership is predominantly African American and has congregations in 112 countries around the world.

When his parents started Greater Emmanuel, Golden assisted as needed. Moving up as co-pastor alongside his dad, the younger Golden led the Men’s Department and began to build on community engagement.

In 2011, Golden became the senior pastor. The former presiding bishop of the nationwide denomination, the Rev. Charles Blake said he is aware of Golden’s track record. Last October, Blake said he would not seek re-election as a member of the General Board or as presiding bishop. Blake was succeeded in March 2021 by Bishop J. Drew Sheard of Detroit, Michigan as the leader of the worldwide organization.

Golden’s church has dozens of ministries and auxiliaries, some bundled under the “Urban Initiative.” His work focuses on outreach efforts for financial literacy, social services, family improvement and development and looking at how to stop incarceration rates.

During Golden’s tenure at local churches, several organizations continued to operate like the GET Empowered Community Development Corporation, a registered nonprofit, which has made strides toward building more affordable housing in the region.

Hampton’s housing and neighborhood services manager Jonathan McBride said, “I wish him all the best in his new role.”

Articulating his goals for the future, the new bishop said, “We care about our families, and. . . we care about the greater good.”