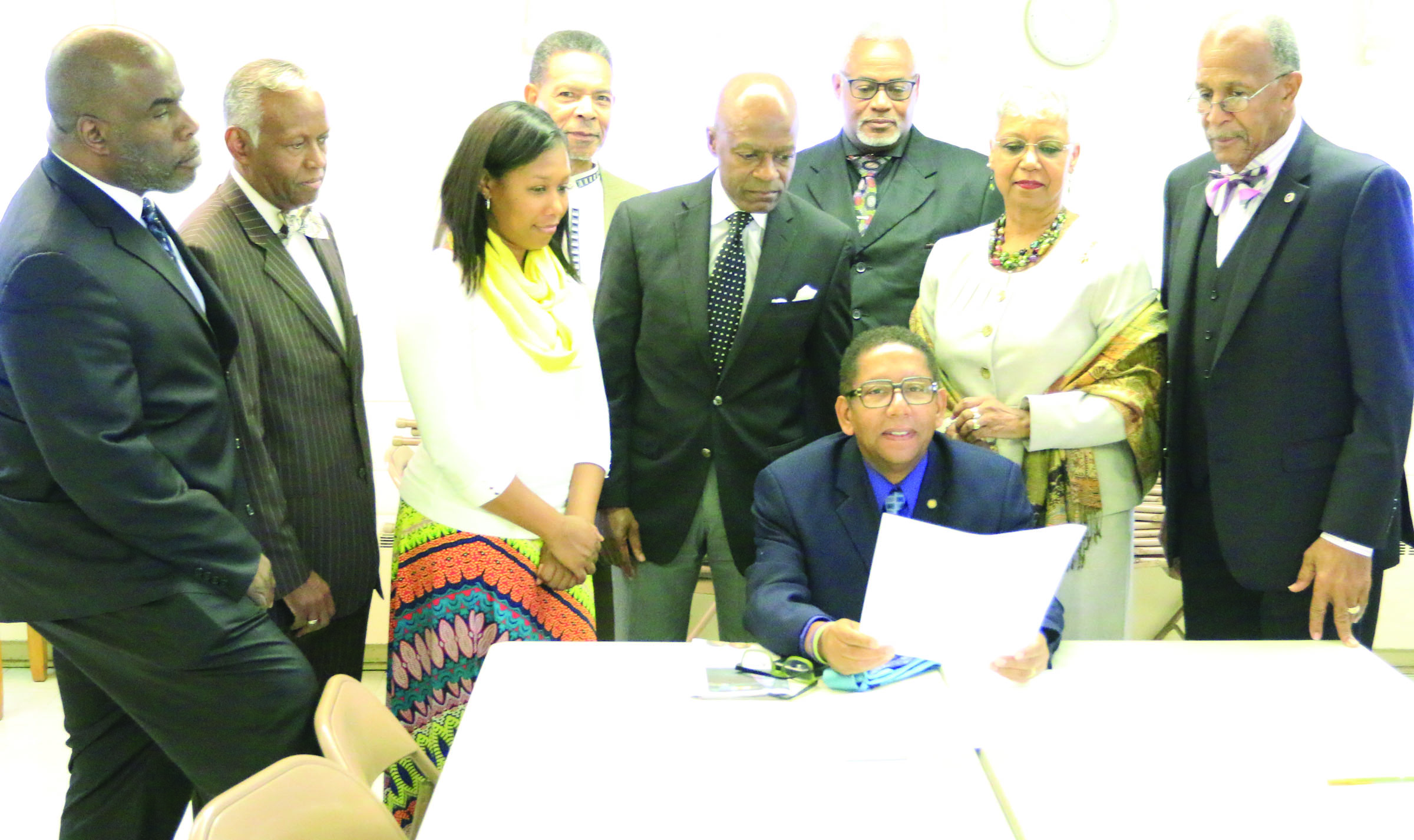 A group of Hampton Roads African-American pastors expressing grave concern about our nation’s direction and future have announced support for Hillary Clinton, over her Republican rival Donald J. Trump. The nine men and women made clear that despite their position for Clinton, they did not represent the political views of any organization nor the various congregations they serve in the Hampton Roads area.

They gathered at the Shiloh Baptist Church in the Brambleton section of Norfolk on Tuesday (November 1) at the invitation of Dr. Keith Jones to compose and release a statement of support for Clinton and Virginia Senator Tim Kaine a week before the Nov. 8 election. The statement also included a word of support for U.S. Congressman Robert “Bobby” Scott, who is seeking another term in the Third Congressional District.

The statement pointed out the reasons for their support for the Clinton-Kaine ticket. It also included criticism of Trump, his stand on various issues and lack of experience, clarity and temperament which disqualified him as a viable candidate for the nation’s chief executive. “We stand in solidarity to proclaim the critical nature of this moment during this divisive political season,” the statement said.

“We have seen a candidate (Trump) who has deemed it essential to spew words of hate, and to disparage every possible group that makes this nation great; to include, Hispanics, women, the disabled, African-Americans, and Veterans, our men and women who have sacrificed so much on the field of battle; everyone who is different from him and his point of view.” “If how one campaigns is a window to how one will lead, we recognize that this nation would experience profound peril should this person be elected as the leader of the free world.”

“At the same time, we recognize two candidates who have proven records of speaking on behalf of those who have been disenfranchised, left behind and left out,” the statement continued. “As those who are called by God to offer prophetic witness in this day and time, we think it’s extremely important to publicly pronounce our support for those whom we believe have the best interest of our nation at heart, along with the interest of the people whom we serve.”

“As individual clergy in this Hampton Roads area, we collectively proclaim our support for Secretary Hillary Rodham Clinton and Congressman Bobby Scott.” If the Clinton-Kaine ticket should win, it is expected that Congressman Scott will be appointed to replace him in the U.S. Senate. “Though this does not represent an endorsement by any particular body, or on behalf of any particular church, we stand here today believing that our actions will encourage everyone to vote for Secretary Hilary Rodham Clinton and Congressman Bobby Scott on November 8th 2016.”