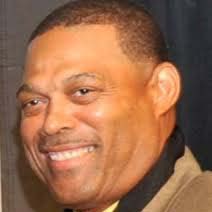 Brazile, who played from 1975-84 with the Oilers, was a finalist for the first time and one of two senior nominees.

“This whole experience, since the first phone call, it has been an incredible feeling for me,” Brazile said. “And it’s a sign of the game recognizing what I did in the past. It’s a big ‘Thank you.”

“It’s funny. I’ve talked to so many guys I played with or against during this process, and they tell me, ‘We never saw you mad. You always kept that big smile on your face, like you enjoyed it.’ Guys told me they couldn’t understand how I hit so hard, but I never stopped smiling, and how I would help guys up. It was like I was enjoying it. Well, I did enjoy it. I loved every minute of it.”

A first-round pick by the Houston Oilers out of Jackson State in 1975, Brazile played 10 seasons and never missed a game. He was voted to seven consecutive Pro Bowls, and was named to three All-Pro teams. Nicknamed “Dr. Doom” — he was named the NFL Defensive Rookie of the Year and was picked to the NFL’s 1970s All-Decade Team. His career statistics include 13 interceptions and 14 fumble recoveries. He once recorded 185 tackles in one season (1978).

“L.T. and Robert, they had the same type of attitude. Robert was just a big, fast linebacker. I don’t know why it took so long (for him to get in). He was right there with the best linebackers who’ve ever played.”

Brazile, 64, played at Jackson State from 1971 to 1974 and set a school record with 129 solo tackles He led the Southwestern Athletic Conference with nine interceptions, was named to the First Team All-SWAC and First Team All-American, and took part in the Senior Bowl during his senior season of 1974. He helped Jackson State win two SWAC Championships in 1972 and 1973, and the Tigers had a 30-10-1 record during his time there.

He becomes the fourth player from Jackson State to represent the school in the Hall of Fame, joining Jackie Slater, Walter Payton and Lem Barney.

“When I think of Jackson (State), I think of the championships and the group of guys I played with,” Brazile said. “I played with two guys — Jackie Slater and Walter Payton — that’re already Hall of Famers. And I think we had more Pro Bowlers and Hall of Famers on that team. People don’t know this, but at one time with the Houston Oilers, we had four guys from Jackson State. Two guys from Mobile – Richard Caster and myself — Vernon Perry and Leon Gray.”