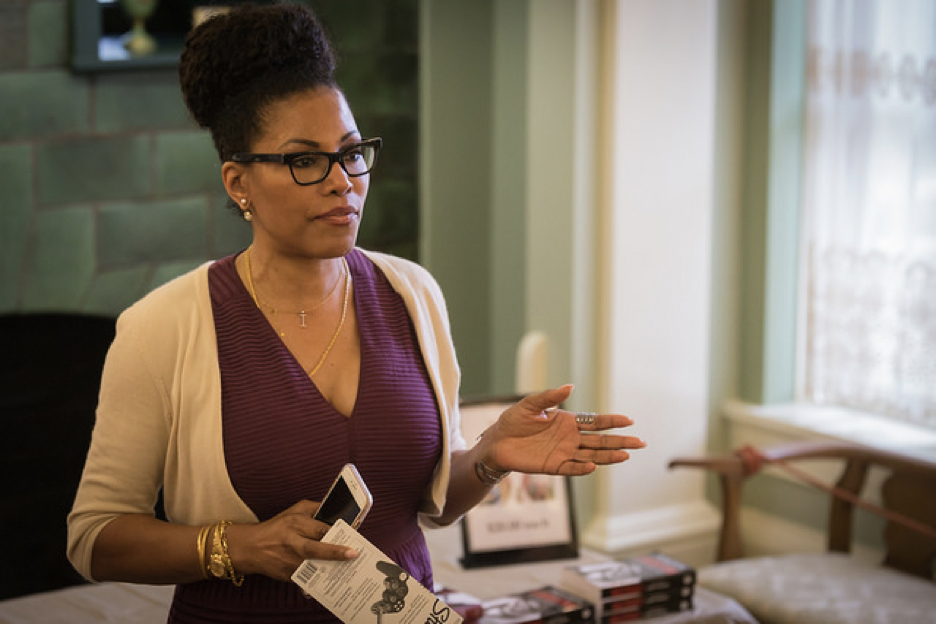 Ilyasah Shabazz, the third daughter of Malcolm X and Dr. Betty Shabazz, acknowledged being inspired by the current generation of activists who helped push the Black Lives Matter Movement globally.

She said her famous late parents predicted that young ones in this day would recognize those in power have misused their authority.

“They have to [uncover] the truth, and they are willing to do the necessary work ensuring that it happens,” Shabazz told the National Newspaper Publishers Association in an exclusive interview at the Marriott Marquis hotel in New York City.

A role model herself, Shabazz has picked up the mantle from her beloved activist parents and has advocated for youth and women and girl empowerment.

She has dedicated her life to helping others “find inner strength and purpose,” Shabazz, 59, stated.

An Adjunct Professor at John Jay College of Criminal Justice in New York, Shabazz has written five award-winning books about hers and her parents’ lives.

The latest, The Awakening of Malcolm X, is described by publishers as “a powerful narrative account of the activist’s adolescent years in jail.”

“I had the opportunity to work with Tiffany T. Jackson, an award-winning novelist, and it provided the chance to focus on the criminal justice system and humanity,” Shabazz noted.

“I discovered that my father was the star debater at an experimental rehabilitation facility which had inherited an enormous number of books,” she continued.

“Malcolm read just about every one of those books, and he read the dictionary so that he could understand the root words to enable him to be his best self by any means necessary.”

Shabazz denounced America’s spending of billions of dollars on mass incarceration instead of using the money to address skyrocketing tuition costs and after school programs.

She noted that much of her activism and the foundation for her beliefs are addressed in each of her books, “Growing Up X,” “Malcolm Little: The Boy Who Grew Up to Become Malcolm X,” “X: A Novel,” and “Before Betty X.”

“I remember when I wrote ‘Growing Up X’ my mother had just passed away.

“I wanted to finish some of the work my mother was doing,” Shabazz insisted.

Shabazz revealed that she and her sisters had enjoyed excellent relationships with the families of civil rights icons Dr. Martin Luther King Jr. and Medgar Evers.

Shabazz echoed her father when discussing racism in America.

“I’m optimistic about this generation, and my father recognized that this generation of young people would be willing to roll up their sleeves and do the work necessary, and that’s what we are seeing.

“After the murder of George Floyd, young people organized these mass movements in all 50 states and in 18 countries abroad where people from every walk of life proclaimed that Black lives matter. I think everyone got it.”

Follow us
In this article:Daughter of Malcom, Feature, Featured, Ilyasah Shabazz, Malcolm X, The Awakening of Malcolm X, Trending