Warm air, water, and wind are the three key elements which attribute to the creation of traumatizing events such as a hurricane.

But in politics, those ingredients will vary from year to year and the level of political activity and the issues.

The 2019 legislative election saw the state’s Democrats win enough seats to take control of the State House of Delegates and Senate.

The Democrats, for the first time in several decades, own the majority of seats for the U.S. Congress, Governor, Lt. Governor, Attorney General and now the legislature.

The perfect ingredients to help the party secure this power include President Trump’s unpopularity, especially in suburban areas of the state.

Also, there’s the 40 percent and a historic turnout of voters, especially in those areas and the urban centers among white liberal and progressive voters.

But a third and even more important factor was a federal lawsuit, filed by 12 African-American Democrats challenging the 2011 post census redistricting of the GOP-controlled legislature.

Bethune-Lee vs. the State of Virginia Department of Elections challenged the 2011 GOP-devised scheme which created 11 majority Black House districts by placing over 55 percent of the voting-age Black population in those districts.

The federal courts accepted the suit’s claim that this was an example of racial gerrymandering.

Refusing a federal judge’s edict to redraw the districts, the courts hired a special master to do it. The process reduced the number of Blacks in the districts cited in the suit and moved them into adjacent Republican ones.

For instance, the 77th House District represented by incumbent Del. Cliff Hayes, who is African-American, was reconfigured from a near 60 percent voting-age Black population to 49 percent.

He had no challenger and there were enough African-Americans and white Democrats, he said, to help him get re-elected November 5.

Democrats only needed to win two seats in the House of Delegates and one in the Senate to take control. They needed to flip as many districts as possible impacted by the Bethune-Lee suit and controlled by the GOP for decades.

Four of those six seats were impacted directly by the Bethune-Lee suit.

Three of those seats were won by Black Democrats and are notable.

African-Americans who lived in District 76 before the court redrew it, made up only 26 percent of eligible voters. On election day 2019, they made up 45 percent of the voters.

Alex Askew won the empty House District 85 seat over Republican Rocky Holcomb in Virginia Beach. He may have benefitted from an increase in minority voters in that District.

In District 40 in Fairfax and Prince William Counties, Democrat Dan Helmer beat Republican Timothy Hugo. He was the last Republican representing Arlington, Fairfax County or Alexandria. He won by 99 votes in 2019.

Also, Shelly Simonds who lost by just one vote in 2017 to Republican David Yancey in District 94 in Newport News won the seat with 58 percent of the vote this time.

Now the Democrats have a 55-45 majority in the Virginia House of Delegates and a 21-19 seat lead in the state Senate.

Hayes noted that the newly redrawn districts “created opportunities for Democrats as we see in the 76, 85 and other districts.”

The suit was the handiwork of a coalition of progressive organizations, including the National Redistricting Foundation, led by former U.S. attorney general Eric Holder Jr.. The foundation is a nonprofit affiliate of a political committee, the National Democratic Redistricting Committee.

There were 12 plaintiffs, all African-Americans and Democrats. But the suit bore the name of Golden Bethune-Lee because her name was the first alphabetically.

She is the director of the nonprofit, Community Free Clinic of Newport News. It is located in the East End of that city and will be celebrating its decade-old anniversary this year. It serves thousands of poor and low-income residents who have no health care insurance.

Donations provide most of the funding for the facility.

Bethune-Lee was born in Roanoke Rapids, North Carolina, but her family moved to Newport News when she was three-years-old.

While attending North Carolina A and T in the early 1960s, she recalls supporting the students who conducted the sit-in at the Woolworth’s Department Store in Greensboro.

She was trained in nursing but eventually gravitated to hospital administration in New York and New Jersey before moving back home to Lynchburg, Virginia to take an administrative job with a health network there.

In 2005, she secured a job as an administrator at the Riverside Regional Medical Center on the peninsula.

Although the suit bears her last name, Bethune-Lee, now in her 70s, is a reluctant hero. She said that she hopes the news media and history books will reveal how the suit was devised and the other 11 people who were recruited to lend their names to it.

“I was inspired by people during the Civil Rights Movement of the 60s who fought for our right to vote,” said Bethune-Lee. “The Republicans created an artificial majority through gerrymandering.”

“We should have a fairer and open process to vote,” she continued.

“We all need to be able to participate in the nation’s electoral and political system. But we must not allow politics to deny them that right.”

Follow us
In this article:Black Democrats, Dems, Gerrymandering Suit, Republicans 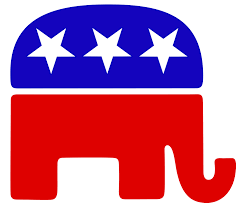