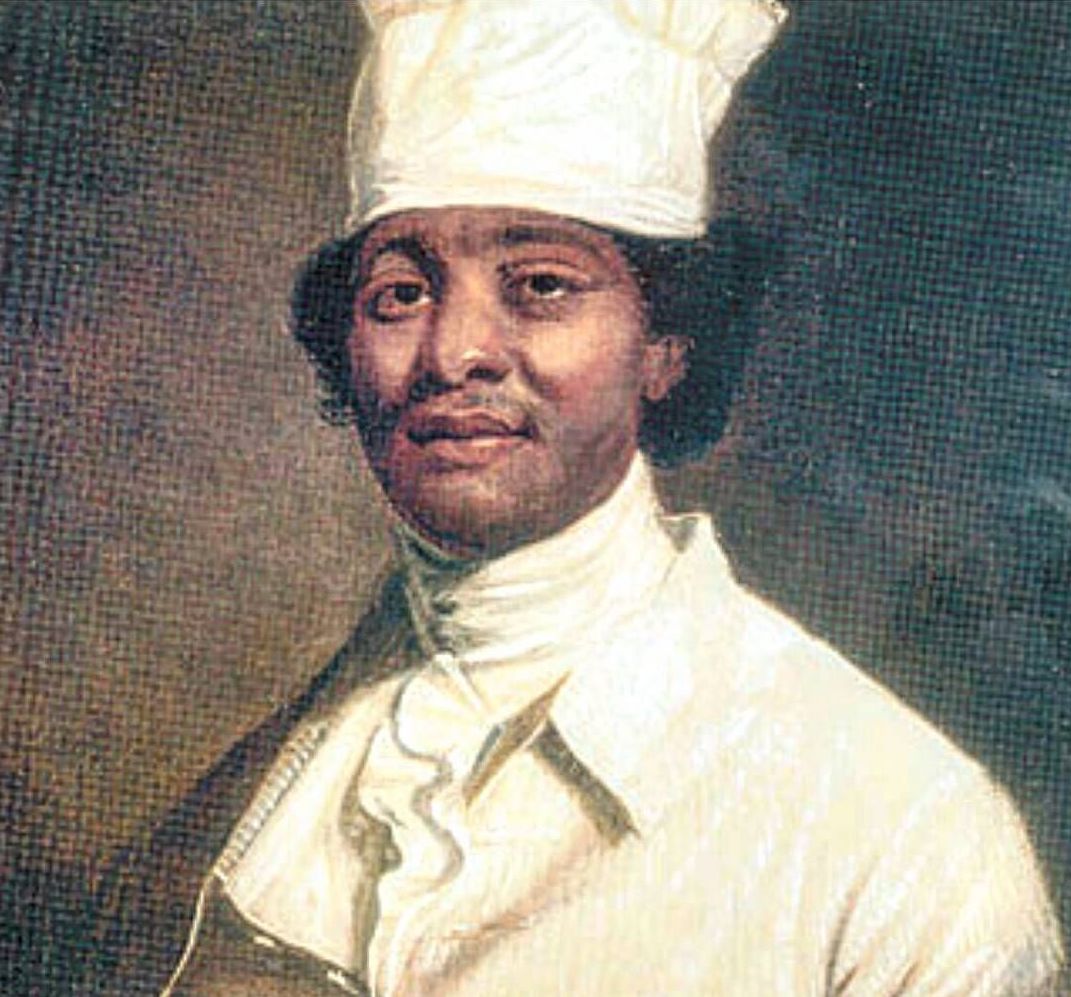 Turns out mac and cheese is the most popular Thanksgiving side dish on the East Coast, according to a recent Google Trends report that sorted through five years of research.

Records show this popular Thanksgiving side dish can be traced back to James Hemings, an enslaved African, who prepared mac and cheese for Thomas Jefferson after the Virginia planter fell in love with the dish during a visit to Europe in the 1780s. Jefferson shipped macaroni back to Virginia and hosted dinners at Monticello, where Hemings prepared America’s first version of the popular side dish.

This means a slave actually cooked the dish. Trained by a French chef during his frequent visits to Europe with Jefferson, the enslaved chef returned to Monticello and put his own spin on mac and cheese before he committed suicide at age 36.

Hemings (1765-1801) never received widespread recognition for preparing the first mac and cheese casserole in America, since he was born a slave. But he was a younger half-brother to Jefferson’s wife, Martha Wayles Jefferson, at a time when tangled family bloodlines ran from the mansion to slave quarters, according to records on Monticello.org.

The point is this chef’s pasta and cheese concoction received fame and glory long after he died at his own hands. Sort through his bio, and you may guess why he took his own life. The chef’s sister was Sally Hemings, the enslaved woman believed to have birthed several children fathered by Jefferson.

This means Hemings was born a slave, lived as a slave, was related to slaves and whites, and lived in a dark era.

“James Hemings was brought to Monticello as a nine year old boy, along with several of his siblings and their mother Elizabeth Hemings (an enslaved mulatto woman), according to Monticello.org. His mother gave birth to several children, including Sally Hemings.

“They were a part of the Wayles estate, and among the many enslaved people who came into Thomas Jefferson’s possession through his wife’s inheritance,” according to Moticelllo..org. Six of Elizabeth Hemings’s children were fathered by John Wayles, making James Hemings a younger half-brother to Jefferson’s wife, Martha Wayles Jefferson. The Hemings family was the largest family at Monticello, free or enslaved; many members of this family were tasked as domestic workers or tradespeople throughout Jefferson’s lifetime.”

This means you can place a steaming dish of mac and cheese on your Thanksgiving table and thank Hemings, who died at age 36 in 1801, after living with Jefferson abroad and in several American cities including Williamsburg and Richmond, where he worked as a personal attendant to Jefferson following his election as wartime governor of Virginia in 1779.

According to an Oct. 17, 2015 NPR report, Hemings is believed to have invented other famous recipes including “snow eggs,” a Hemings recipe the Jefferson family preserved through the generations: little puffs of meringue poached in milk syrup and served chilled over English custard.

His brother, Peter Hemings is credited with creating french fries, according to a Feb. 13, 2020 NBC-News report.

“Monticello’s Granger/Hemings kitchen is sacred ground to me,” Jessup White told NBC News. “It’s where two men, one my great-great-great grandfather, the other my four-times great uncle, trained together, knowing that when it was over, one would be free while the other remained enslaved. That to me is the ultimate in love and sacrifice.”

Some reports say James Hemings committed suicide at age 36 in 1801, after he gained his freedom at age 31. Before he became a free man, he taught his brother, Peter, how to cook in the French style for several years. James’s brother, Peter became his replacement at Monticello per his brother’s freedom agreement with Jefferson. James Hemings left Monticello, and later found a job cooking at a Baltimore tavern.

“He was cooking for a tavern keeper there,” Susan Stein, senior curator at Monticello, told NPR. “So this was a far cry from his expectation of his future.”

Although the trail grows cold after Hemings leaves Monticello and dies, many cooks began to prepare the popular side dish that he cooked decades ago for Jefferson in the states.

But, review the recent Google Trends report again. While it declared mac and cheese as the hands-down winner in a recent poll, mashed potatoes surfaced as another popular Thanksgiving side dish. The report says that 10 states do not only prefer mac ‘n’ cheese but they also prefer mashed potatoes, according to data that runs from November 2016-2021.

Follow us
In this article:Feature, Featured, Mac & Cheese, Mac and Cheese, Trending