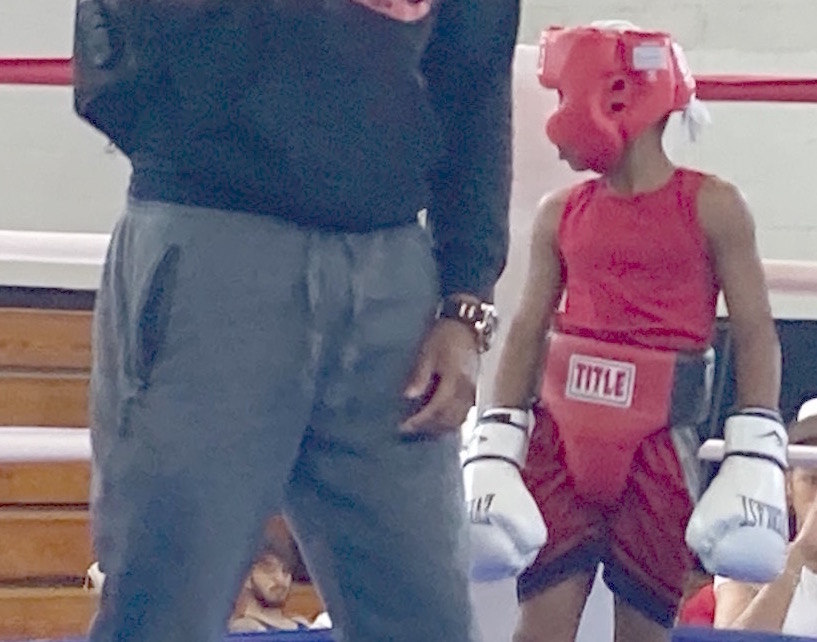 The Hampton Roads boxing community and regional activists gathered in Newport News recently with the Gladiator School of Boxing, the Phoenix Reborn Project, and the Boys and Girls Clubs for the “Gloves Not Guns Tournament”. The goal was “to protest violence and encourage kids and young adults to find a local gym.”

Joshua Clark recalls that the first “Gloves Not Guns Tournament” was held in Norfolk, in Berkley, “I remember sparring in front of a big crowd at the Berkley reunion,” he said.

But when the recent tournament was held in Newport News, a Norfolk Boxing team was absent.

Clark, who runs a mortgage business today and is also a campaign manager for seasoned and up-and-coming political leaders, sent a press release to the local media, including the Guide, about the absence of Norfolk youth boxers.

In his article, “Norfolk Shutters Historical Anti-Violence Boxing program” Clark brings attention to the loss of the boxing outlet for area youth who he believes could benefit from the disciple associated with the sport of boxing.

Before he entered his current challenging fields, Clark trained as a boxer at various facilities, including the Norfolk Boxing Center which once called its home at Barraud Park.

He believes that boxing is a deadly skill never to be used to commit violence, but to be a disciplined art form of self-defense.

“Politics is like boxing. Like a punch, you send out a message directed at your opponent,” said Clark, a native of Hampton. “You want to see how they react to that message or punch to determine your reaction.”

Clark says the absence of a Norfolk team’s participation stems from the lack of support for the program from the city.

“Unfortunately the mishandling of the city’s logistics due to the casino, this year the Norfolk Boxing team will not be in attendance and several athletes and participants will sit and wait without a gym to call home,” he said.

Several years ago, the Barraud Park Boxing Center owned by the city of Norfolk was moved to a space in Harbor Park, where the minor league Tides now call home.

The city of Norfolk spent over $2 million to fit out a space at the site as the Boxing Centers’ new home. It operated until last October when the city unexpectedly closed the facility.

Efforts by the GUIDE to ask city recreation officials why it was closed have not been answered.

But the city and the Pamunkey Native American Tribe are collaborating on constructing a $500 million dollar casino on the waterfront sitting near Harbor Park.

Until then, Norfolk is eyeing the space outfitted for the boxing center as a temporary space for the casino.

For the past three years, Dorsett Barnwell has been running his 76,000 square feet Easy Work Boxing and Fitness center in the Military Circle Mall.

Keshaun Davis, a 2020 Olympic bronze boxing champion, is among those who have used his facility to prepare for battle in the ring. Also, many other young men were socially at-risk and wanted to follow him into the boxing glory using his facility.

“I walked into the Norfolk boxing center,” Barnwell recalled. “I spent the rest of the day. I kept coming back and I got involved in training. And the coach said I was good.”

Barnwell recalls that he was 13 when he accidentally discovered the Barraud Park Boxing Center.

“Before I entered that place I had 17 assault charges against me,” he said. “On the day I entered that gym I was out looking for trouble or death. I did not care.”

Barnwell admits he was a “bully”. He was often engaged in fist-fists with fellow students in traditional settings before he was dispatched to various alternative schools that housed disruptive kids like him.

“I recall I saw more fights in the schools built to teach reading and writing than at the Boxing Center.”

The first person that Clark sparred with when he developed the fundamentals of boxing, was Barnwell at the Boxing Center several years ago.

Barnwell said he gained skills and the confidence to pursue boxing and he eventually won a national Junior Division (15 and under) tournament final.

“The next day I told my coach I wanted to celebrate and go to a party,” said Barnwell. “But the Coach said instead of partying I should attend the rest of the tournament and support my teammates. That sounded good, but I went to the party.”

At that party, Barnwell recalls he got physical and creative dancing with the sister of another male attendant at the event who did not appreciate his dance technique with his sibling.

“I am a big guy so I was tossing the girl around, and when the brother approached me I was not about to stop,” he recalled. “I could have left the girl alone. I knew a fight was about to happen, but it did not happen as planned. I was shot.”

Barnwell survived and while he admits he had developed basic boxing skills, he had a few more rounds in life before his character would catch up.

“Boxing teaches you about life,” he said. “It teaches us about how to make moral choices based on our character and the cause and effect on our lives. An emotional fighter is a losing fighter.

Now the two pugilists turned entrepreneurs are using their boxing for a project they hope will instill the same passion and sense of purpose they have established due to the Sport of kings.

Barnwell and Clark believe the Norfolk Boxing Center provided an outlet to build character and establish a sense of purpose not only for them but other “at-risk” kids who would devote their unguided passion toward destructive impulses, Clark explained that he, along with Barnwell and others who are now successful people, including the late boxing champ Pernell “Sweetpea” Whitaker,

Nick Sullivan, Oscar Del La Hoya, and Keyshawn Davis “were among the products of the Norfolk Boxing program.”

“There are so many other more stories throughout the region that have turned these athletes into local community servants and successful contributing members of our society,” Clark wrote in his media release. “The local community wants to know why so much money was spent, and why (the city) Norfolk closed (the Boxing Center), especially with all the homicides that have been occurring.”

‘Further, what happened to the young men and women that relied on these programs for mentorship, counseling, tutoring, but most importantly, utilized this place as an outlet from the harsh reality of violent childhoods and life in the tough neighborhoods?”

Barnwell and Clark suggested that if the city does not want to continue running the Boxing Center directly, it should collaborate with some non-profit entity to so do soon.

Barnwell, 33, said as he developed his business acumen, he devotes more time mentoring and motivating at-risk youth at his gym or alternative schools around the area.

“When I walk in, I see some of the teachers I had,” he said. “They kept up with me and are proud of me. But I heard them ask ‘are you trying to stay out of trouble.”

He said that regardless of their parents’ income or address all young Black men who enter his center are “at-risk,” of failing if they are not given proper direction or ways to develop life skills akin to the concept of the “Individuality of Boxing.”

He said “boxing teaches discipline and skills to convert that passion into energy to not only sustain, but also survive, and prosper.”

“People respected me for my boxing,” he said. “But before then, they had low expectations of me and how I would turn out. This is how the environment looks at our young Black men. If they are not taught to have high expectations to win and the cause and effects of violence, then they will lose.”