Along with voting for a candidate for the next U.S. President, members of Congress and city councils, Virginians are voting on three referendums on the ballot this fall.

In five cities, voters are deciding if they want casino

gambling, including Norfolk and Portsmouth.

Another referendum would allow 100 percent disabled veterans to exempt a single car or pickup truck from personal property taxes.

But the most controversial and little understood is Referendum 1. It would create a bipartisan 16-member commission that will be tasked with redistricting or redrawing the state’s congressional districts.

It is a reform, supporters say, that will deter partisan racial and political gerrymandering.

But opponents who include rank and file Democratic party lawmakers and the members of the Virginia Legislative Black Caucus are divided.

Opponents question the independence of the commission, and its ability to protect the voting rights of

Blacks. They also fear the commission could dismantle existing majority Black districts and reduce the number of African Americans in the legislature.

Many high-ranking Democratic party legislative leaders say they support it but have reservations about its independence from the legislature and courts.

If approved by a yes vote, the commission would be composed of eight lawmakers—two from the House and two from the Senate—appointed by Democratic leaders, and the same number appointed by Republicans in both chambers.

The other eight members would be citizens appointed by a panel of five retired circuit court judges.

Polls show Republican voters support it. It was devised by Republican lawmakers prior to Democrats taking control of the General Assembly.

So many Democrats believe it is a political trap.

The Virginia State Chapter (VSC) of the NAACP has issued a statement calling for its defeat.

“Voters should choose their elected officials, not the other way around,” said Robert N. Barnette, VSC president. “But for too many years, politicians have drawn rigged districts that strip Black voters of our voice. We need to reform the system, not make it worse. Any

redistricting amendment must include explicit and strong protections for Black voters and voters of color. Amendment 1 far misses the mark. We urge Virginians to vote NO on 1.”

does not approve, the state Supreme Court would draw the maps.

The VSC said the referendum would undermine opportunities for Black voters to elect representatives of their choice and consolidate the power of a handful of powerful politicians to control the redistricting process.

The Supreme Court would decide any deadlock among the commission. But opponents say it is packed with judges appointed by the Republicans when the party had control of the Legislature.

“It is a lemon,” said Del. Lamont Bagby, the chair of

VLBC. “It is a shiny car with no engine. It does nothing about ending gerrymandering because the people on the commission will be chosen by the most powerful members of the legislature.”

Bagby said “we must be careful about what we put in the constitution; it is hard to remove and change. Black folks historically have experienced that firsthand when they installed Jim Crow-era laws taking away their right to vote and run for office.”

Some Black Caucus members complain the referendum would not guarantee diverse representation on the commission and does not incorporate language from the federal Voting Rights Act laying out guidelines for racial equity.

Also, it could give lawmakers power to protect their incumbency by influencing how their districts would be drawn.

State Delegate Marcia Price, who represents the 90th District in Newport News says she is concerned about all the factors.

She is perhaps the loudest opponent using every opportunity, she said, to convince people to vote “no” on the measure.

She said not only do most of the VLBC oppose it, but so do

She said FairDistrictVA.com has been formed so voters can educate themselves online about the referendum.

She said once 68 percent of Virginia voters supported it, but now 48 percent do.

“I may be the loudest, but I am not alone,” said Price. “A lot of people do not know how it is worded and how it will impact Black people if it is passed. But once I talk to them, they want to vote no.”

Price has created some safeguards with legislation she got passed during the General Assembly session last winter. House Bill 1522, a twin of one passed in the Senate and signed by the Governor, calls for equal

population requirements, with a deviation of no more than five percent for “compact” state legislative districts.

The bill prohibits unduly favoring or disfavoring any political party, use of adjusted population data

for redistricting to reflect the reallocation of persons

incarcerated. Their address at the time of incarceration will be used not the one where they are jailed.

She said the referendum has “so many loopholes” that “it’s not the progress that it’s made out to be. The idea of it being independent and nonpartisan is just not true,”

Price said, “Every person in this has a self-interest, from the state legislators to the judges.”

State Senator Mamie Locke, who represents Hampton, supports the measure, but she has concerns related to legislative influence.

“I am not opposed to it,” she said. “It is a step in the right direction. But I think the legislators should be taken out of the process as part of the commission. We can always choose new legislators, but they should not be choosing their voters. The (state Supreme) Court—that is an issue, too.

Locke said that even those who oppose the referendum because of the legislative influence must realize that the legislature will have to approve it by default, once the redistricting is over.

State Senator Lionell Spruill, Sr., who represents parts of Norfolk and Chesapeake said he worries about protection of Black voters to choose candidates of their choice and the reduction of Black representation in the legislature.

Currently, there are 23 African American members of the Virginia General Assembly. Four of them are in the Senate, and 19 are in the House of Representatives.

Spruill is the lone Black male Senator. He said although the commission is supposed to be independent, the majority party will find a way to influence its work.

The legislature must approve the redrawn districts and the Governor must sign off on them as well.

“Of course, they will draw more Democrat-leanings seats,” said Spruill. “But how many of those seats will be filled by African Americans?”

He said that could create a district with a 45 percent

Republican-leaning voters in that district will deter Blacks from being elected to a legislative seat.

“They are asking us to win with a 45 percent Black voter population,” said Spruill. “But I do not believe that will help Blacks win seats in these districts down the road. What we could have is more Democrat seats, but fewer Black leaders representing them.” 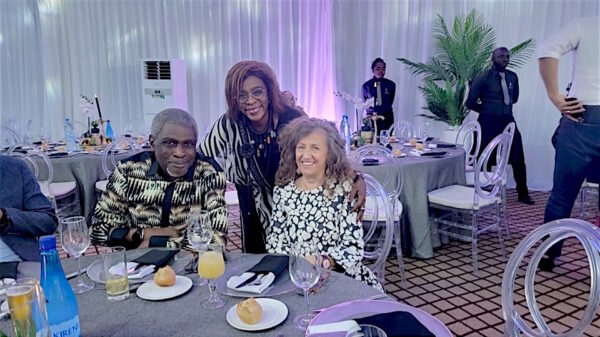 By Leonard E. Colvin Chief Reporter New Journal and Guide For the first time in the city’s history, the Franklin City Council...