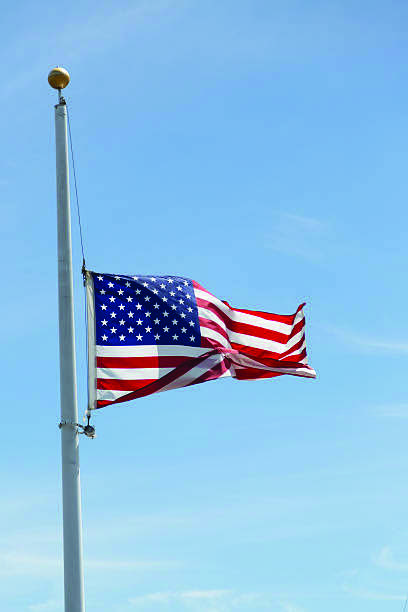 In the past two weeks, the nation has observed the anniversaries of two of the deadliest incidents of its history.

Sixteen years ago, the 9-11 attacks on the World Trade Center in New York and the Pentagon, and four years later, the devastation of Hurricane Katrina, left a lasting impact on the lives of millions of Americans.

Katrina hit in 2005, killing nearly 2,000 people, mostly in Louisiana, although the exact number of deaths is unknown.

Islamic extremists were behind the 9-11 attack in 2001 in New York and D.C., wiping out nearly 3,000 persons and wounding twice as many. The United States is still waging war against Al Qaeda, the Taliban, ISIS and other deadly offspring globally.

The impact of these two events spread throughout the nation.

Nelson O. White of Norfolk had a brother, Anthony, who was among those to die in the World Trade Center (WTC).

On the morning of September 11, 2001, Nelson White was busy in his office running the Park Place Redevelopment Foundation.

Before the housing bust seven years later, White’s nonprofit enabled many working class individuals and families to secure homes in that community.

“I glanced at the TV and saw the news and went back to work,” recalled White.

“I did not pay any attention until my son-in-law called and reminded me that my brother Anthony worked in the World Trade Center.

“That is when I started paying attention to the news,” he said. “That is when the family started a vigil. We did not know if he was alive, dead or among those unidentified in the hospital. That vigil lasted for three days. By then we knew the truth. It hit like a ton of bricks.”

Nelson and his brother Anthony, who was 57 then, were two of six boys raised in the Berkley section of Norfolk.

One of them had died the previous May, so Anthony’s death was like a painful chain reaction of loss.

White said he had not seen his brother in months. He said he looked forward to seeing him at the annual Berkley reunion which was planned for late that summer. Anthony White, his brother said, had already bought his tickets and was looking forward to the event.

Each year since the tragedy took place, the White family, Nelson said, has sought to move on. No special events or gatherings are held to mark another passing of their loved one.

The year after the event, his mother, Thelma White, who took her son’s death hard, attended the first anniversary of the attack in New York. In 2003, she died, and White said, “I think death gave her relief that she would not see another child die before she did.”

White has not revealed this to many, but he said over time the death of his brother significantly changed his life, he thinks for the worse.

Depression and a sense of guilt took its toll, destroying the dedication and energy he used to help build the non profit from scratch.

“I was so engrossed in my work, even on the day he died, I did not think about putting that aside for a brief period to think about my brother,” said White. “I thought I could have done that work until I was in my 90s. But over time I became emotionally crushed and I let it go.”

The emotional dive has taxed him and his immediate family, which now suffices on income from Social Security

White and his wife Tonie left their home in Park Place and took up residence with his daughter in the Broad Creek section of Norfolk.

But White said he is slowly managing to regain his emotional and spiritual footing, caused my the sudden loss of his brothers and mother.

He says the salve for the pain and loss has been faith and “not taking life nor family for granted.”

“We don’t talk about Anthony’s death. We do talk about life and politics,” said White. “I have the love of my family, my children and grandchildren, and they are progressing well. That helps a lot.”

White said that despite the damage the Islamic terrorists inflicted on the nation 16 years, he questions the continuing U.S. military involvement in Afghanistan and Iraq.

“We got Bin Laden and dismantled most of his network of terror in Afghanistan … that is good,” said White. “But we have gotten bogged down in both countries now. And billions of dollars are being wasted and creating more hate.

“But most important is to not take family and life for granted,” said White. “Pick up the phone and call them and say hello … How are you doing? I wish I had done that a few more times when my brother was alive.”

Kenneth Hart still has not changed the cell phone number he was assigned when he moved to New Orleans in 1997.

Hart, born in Norfolk, migrated to New Orleans only to be forced to move back home to Norfolk due to Hurricane Katrina.

In Norfolk, he was a business development consultant, tasked with designing plans and inspecting perspective sites to help aspiring entrepreneurs to set up businesses of various kinds.

One day he got a proposal from a friend living in the Big Easy he could not refuse. Hart put his entrepreneurial skills to work there and opened a convenience store, carwash and truck rental business.

He set up a three-bedroom abode in the Chantilly Neighborhood, a short distance from the famous French Quarters tourist area

“I loved new Orleans,” he said. “The people were friendly. Business was wonderful, and I was really enjoying my life time there.”

Then Hurricane Katrina arrived and Hart’s life in south Louisiana was transformed. His home and businesses were ruined by flood waters.

He had insurance, but the bureaucracy, time and mistrust of the underhanded contractors victimizing the people with ruined homes, eroded his emotional stamina and he returned home to Norfolk.

So, recently when Hurricane Harvey struck South Texas and devastated Houston, followed by Hurricane Irma’s assault on Florida, the old ghost of late August 2005 revisited Hart anew.
He said Katrina’s impact on New Orleans was worse than the beat down Harvey unleashed on Houston.

For one thing, the waters in Houston rose, and flooded dwellings and businesses, but for less than five days.

In New Orleans, the waters, due to the breaking of levees and other water barriers, lasted for 21 days and more.

Many of the Katrina evacuees, Hart recalls, wound up in Houston where they bought homes in non-flood prone areas, landed employment and were stabilized to the point where they will not become refugees caused by Hurricane Harvey.

Also in New Orleans, 1300-plus people lost their lives. Neither in Houston nor in Florida was there such a high loss of life. The cost of the property damage in both South Texas and Florida has yet to be assessed.

“I know a lot of those people and they were doing very well in Houston,” said Hart. “I keep up with them on Facebook and over the phone. I am glad they did not have to move again due to a hurricane. That can be disruptive to you in so many ways.”

Hart said another motive for returning and staying in Norfolk was his mother, who was up in age at the time, and he feared “she may need someone to bring her a glass of water.”

He lives in the Huntersville section of Norfolk now and is still applying his entrepreneurial skills and staying afloat.

Norfolk and other cities along the East Coast, due to global warming, are vulnerable to debilitating flooding during normal periods of rainfall. But a high category storm like Katrina, Harvey or Irma would pose an even greater threat.

Despite bouts of flooding in sections of Norfolk, Hart says his fears have been slightly reduced by the city’s efforts to install better storm drainage infrastructure.

In New Orleans, although he did not believe he needed it, he was lucky to have had flood insurance, which was included in his mortgage payment.

After Katrina, the insurance paid off. He managed to sell his home after he restored it to new anti-flooding codes New Orleans imposed by elevating it five feet.

In Norfolk, Hart, does not have flood insurance. But this year’s hurricane season has given him reason to acquire it, he said, and it’s better “to be safe than sorry.”