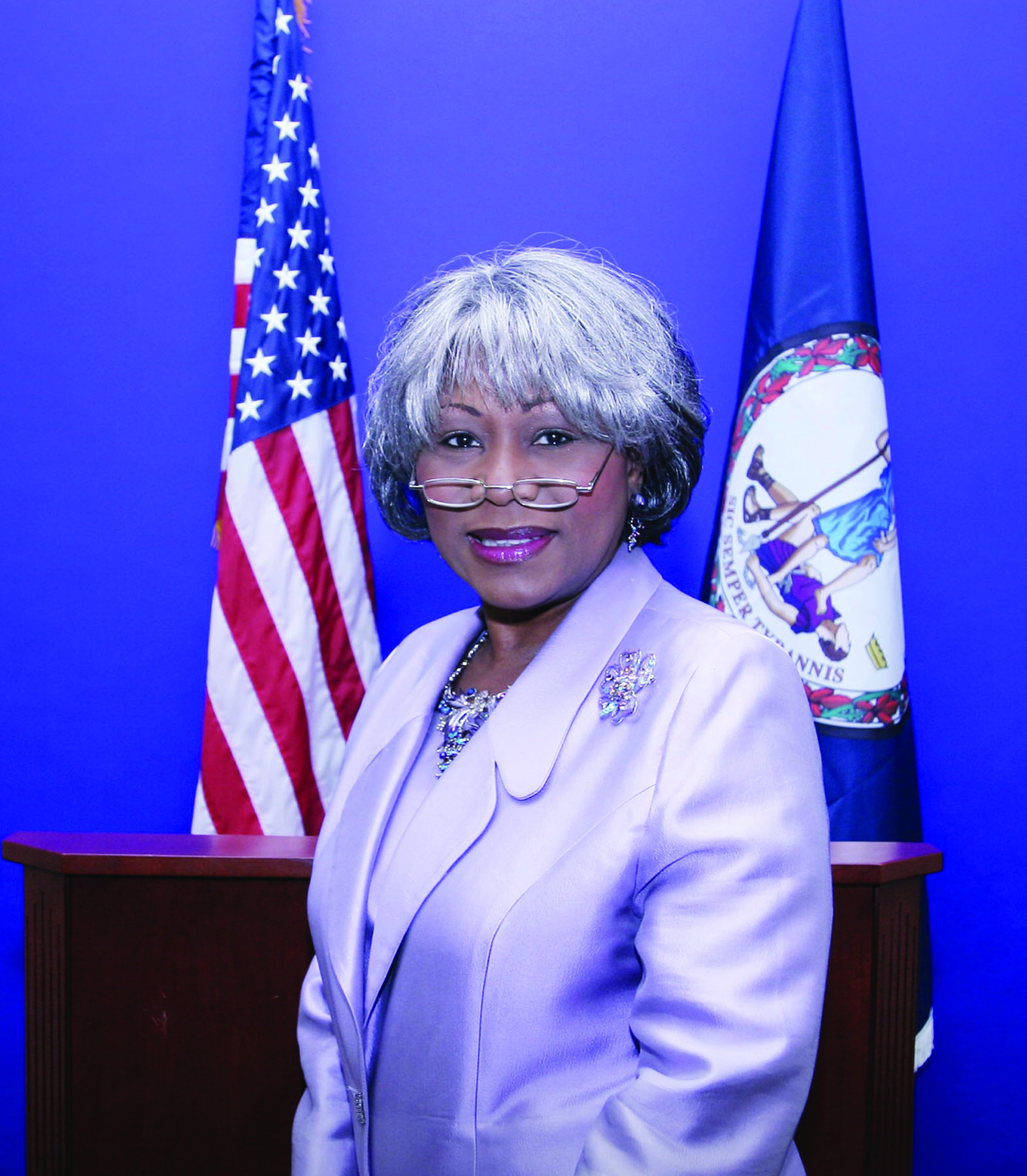 A week before her death in the summer of 2012, State Senator Yvonne B. Miller held her last political meeting. Instead of sitting at a table in an ornate office, she conducted it as she lay in her death bed.

Throughout her career in the State Senate, Miller worked with and mentored Senators L. Louise Lucas and Mamie Locke. Miller was a pioneer.

Miller, an educator, was the first Black woman elected to the House of Delegates and State Senate.

According to Lucas, Miller knew the sun was setting on her life and career at that point. But, she wanted to be assured that Locke and Lucas, who had emerged as political brokers in the state legislature’s upper chamber, stayed focused on pursuing legislation for the poor, supporting public education and bolstering civil rights for all.

“There are so few of us (African-American women) serving in the General Assembly that it is critical to our individual and collective success that we work together and support each other,” Lucas told a GUIDE reporter.

“Senator Miller was my mentor. There was nothing that she would ask of me that I would not try to do for her.

“As for the instructions she gave on her death bed, I have tried, as best I can, to follow, and I think I have done well.”

Lucas recalled that when she and Janet Howell arrived for their first session of the Senate in 1992, Senators Yvonne Miller and Jane Wood were the only women serving in the chamber at that time.

Their arrival made a total of four.

By contrast, there are 10 women elected to serve in the Senate today. Lucas and colleague Howell are the two longest serving women in the body.

As Miller mentored and supported her, Lucas is sharing her wisdom and experience with younger lawmakers. She is also seeking to be a leading voice on issues and policies that affect constituents in the 18th Senatorial District and the Commonwealth.

Ambitious, assertive, blunt, effective, prickly, and in tune with the issues of her constituents are qualities which have been used to describe Senator Lucas.

After 25 years of serving in the Senate, Lucas has accrued a respectable level of seniority. The longer a member serves in the Senate and on any committee, they gain seniority and a chance to chair that committee.

Lucas served as Chair for Senate Local Government and Senate Education and Health when Democrats were in the majority. There were, however, White senators with less seniority who acquired the “plum” seats on the powerful Senate Finance Committee before either Miller or Lucas.

Despite the 21-19 Republican majority in the State Senate, Lucas and her fellow Democrats managed to rebuff most of the draconian proposals for legislation submitted by their GOP counterparts this year. Among her legislative/budgetary victories this year, Lucas secured $1.7 million each year for three years to compensate the City of Portsmouth for lost personal property tax revenues due to transfer from private to public state ownership as part of the lease for the Virginia International Gateway.

Again, passage of her annual Casino Gaming legislation was defeated this year.

Lucas said although the legislative session has ended, the work of constituent services is ongoing and drafting legislation aimed at improving the quality of life for the people of the Commonwealth continues year round.

“It is unreasonable for me to expect a victory on every issue, major or minor,” Lucas told a GUIDE reporter, “but every year I go to Richmond and work to fight, whether I win or lose.”

Each session, and in every day she serves as a public servant, Lucas says the spiritual voice of Yvonne Miller follows her around as she moves about the halls of power in Richmond and elsewhere.

“Yvonne Miller and I were fighters but she was a spiritual warrior,” said Lucas. “She was patient and I try to follow her example, but I am a bit impatient and a bit more assertive in dealing with my colleagues when I am trying to achieve a goal for the people I am elected to represent.”

Lucas is not only a successful lawmaker, but a successful businesswoman, too. She said there are two factors which have guided her: preparation and determination.

“I believe, however, that no matter how prepared you are, you have to be determined,” said Lucas. “You have to be if want to win.”

In a White male-dominated legislature, “my biggest frustration is the lack of consistent support for issues advanced by African-Americans,“ said Lucas. “Yvonne Miller revealed that to me when I arrived in the Senate. Also, there are times when you will not receive credit for your work. You can propose legislation and get it shot down. Then someone else the following year introduces the same Idea and is accepted.

“That is very frustrating!,” said Lucas.

Sen. Mamie Locke, who was first elected to that body in 2003, said about Lucas, “I think her legacy is that she speaks her mind.

No one ever has to question where she stands on issues or where they stand with her.”

Locke continued, “Another factor is that she is effective. During the last redistricting, there were voters in some rural areas who fought against losing her as their Senator. She knows how to take care of her district.”

Lucas was not born with a silver spoon in hand. She was born in Portsmouth’s Douglass Park, which is near the Norfolk Naval Shipyard, an area which fostered a middle class community for Black families.

Her parents bought a home in Cavalier Manor when she was 16-years-old where she has lived all of her adult life. Currently, she resides in the Crystal Lakes Section of that neighborhood.

Lillie Louise Boone Lucas’ path to her current position has been an example of overcoming economic limitation and underestimation fueled by a desire to show both obstacles could be overcome.

One of the first jobs she landed was in 1967 as an Apprentice Shipfitter at the Norfolk Naval Shipyard (NNSY), becoming the first Woman Shipfitter four years later. She also served as Engineering Draftsman and Naval Architect Technician.

In 1984 Lucas used her network of business and civic interests to be elected the first Black woman to Portsmouth City Council.

In 1985 she was appointed Interim and then the next year, Executive Director of the Southeastern Tidewater Opportunity Project (STOP, Inc.), a job she held until 1992.

From 1992-1994 Lucas served as Congressional Liaison for Sponsored Programs at Old Dominion University. From 1994 – 1998, Lucas was Assistant Professor, Department of Academic Affairs and Special Assistant to the Vice President for University Advancement at Norfolk State University.

In 2000, with the death of Congressman Norman Sisisky, Lucas sought to become the first Black woman to be elected to the U.S. Congress from Virginia, representing its Fourth Congressional District.

She came within 4 percentage points of beating Republican Andy Forbes.

In 2008 Lucas led an effort to develop a hotel and conference center in Portsmouth, but plans to build the facility and establish a viable Black commercial presence in downtown Portsmouth was denied.

Mae Breckenridge Haywood, President of the African-American Historical Society of Portsmouth, said, “I think she has a remarkable legacy because she is an example of someone who worked her way from working in the shipyard, while attending school and raising a family,”

She continued, “If there is any one to compare her with, it’s Shirley Chisholm. She was ‘unbought and unbossed’,” said Breckenridge-Haywood. “She is outspoken. When she raises her voice on any issue, it sticks because of her credibility and leadership.”