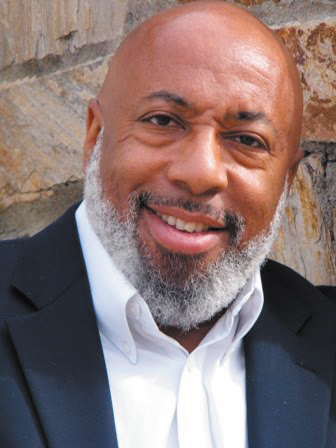 In the words of Frederick Douglass, “Truth is proper and beautiful at all times and all places.” That being said, he was never shy about stating the true causes and the responsibilities on both sides to solve America’s problems. Neither will I.

The people of America who currently have the means and the wherewithal to boycott the businesses – the unjust system – lack the conviction. They have left the ones who don’t have the means, with no choice but to file in like so many sheep to have their pockets fleeced… I mean looted!

Our criticism of the riots and the rebellion we see in the streets of modern America, lacks empathy for the cause. Douglass put it this way. “The thing worse than rebellion, is the thing that causes rebellion.” Some might consider the following list of corporate giants the real looters; Walgreen & CVS Pharmacies, Target, Lowes, Walmart, McDonalds, Hardy’s, Burger King, KFC, Rent to Own, Cash Advance, Title Max Lending and others.

No riots! No looting! No shooting! Just one massive unified worldwide BOYCOTT of these companies could have produced the same economic effects of the pandemic and street protests combined – without the collateral damage. Unfortunately living green and shopping local are just fashionable trends, not matters of economic and social justice.

We are addicted to the (fragile) wealth and comfort we have built. While it should have made us more empowered to divest from this corrupt system, instead we continue to support it. WE DEFEND IT! Comfort and convenience have become the top priorities for the majority of Americans. It is a self serving attitude that speaks louder than all the other hashtags combined; MY – COMFORT- MATTERS!

In 1848 after the 21 month sojourn of escaped slave Frederick Douglass through Ireland and England, a group of whites raised the money to help purchase his freedom. They also raised another $2,500 to help him start his newspaper the North Star. They also offered him a tantalizing proposition; stay in England. They offered to send for his family and help him get settled in a country where slavery had been abolished. In other words, stay in England and be comfortable.

History shows Douglass returned to America and became a leader in the abolition of slavery. What Douglass understood then, is no less true today. That kind of comfort is short lived. The horizontal white flight to re-segregate America is short-term. It is not a solution. Vertical black flight, economically divesting from our own communities is equally divisive and debilitating. Moving to the suburbs does not make us immune from the collapse of the bottom rung, of the lower cast of people who slaughter, pick, clean, assemble, package and deliver everything we eat, and wear.

For the past 6 years, in the character of Fredrick Douglass and as a self-made historian, I have traveled the country trying to tell the complete historical narrative and help Americans avoid a repeat of a tragic past. I am not alone in this effort to warn Americans. Indifference has a way of finding us and pointing out where we left it. Unfortunately very few seem to be listening. So knock, knock America! A second civil war is potentially at your front door unless you leave your comfort zone and without delay, start agitating for the complete enfranchisement of every American citizen.