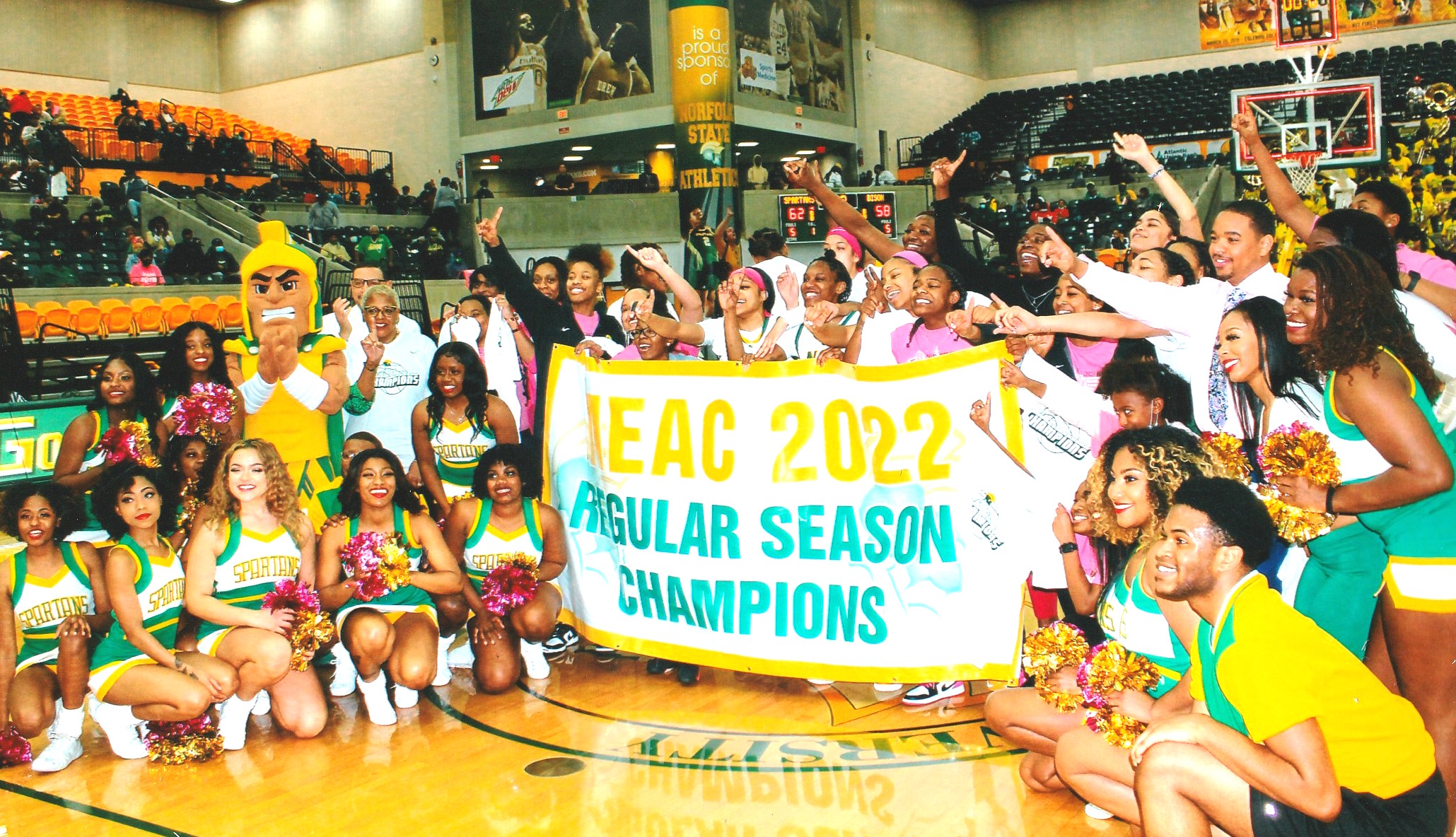 NORFOLK
The 2022 MEAC Tournament opened on Wednesday March 9 with Norfolk’s own NSU men’s and women’s basketball teams showing up with historic regular seasons.

The NSU women’s team (shown) earned a thrilling season-ending win over Howard to finish in a three-way tie atop the standings with the Bisons and Morgan State. All three teams posted 11-3 MEAC records. This marked the first time in school history the Spartan women had earned a share of the MEAC regular-season title. After tie-breaking procedures, NSU was the No. 2 seed in the tournament.

The Spartan men’s team won the MEAC regular-season title with a 12-2 MEAC mark and 21-6 overall record.

players who are in the All-MEAC teams. Bryant was named the MEAC Men’s Basketball Player of the Year as well as earning a spot

on the All-MEAC First Team. Jones was selected by his peers as the MEAC Coach of the Year.

Senior Kris Bankston was named to both the All-MEAC Second Team as well as the All-MEAC All-Defensive Team. Classmate Jalen Hawkins was chosen for the All-MEAC Third team.

NSU sold out of its allotment of tickets to the tournament early, but tickets may be purchased through the Scope box office and Ticketmaster.com. Photo: Dr. Grady James