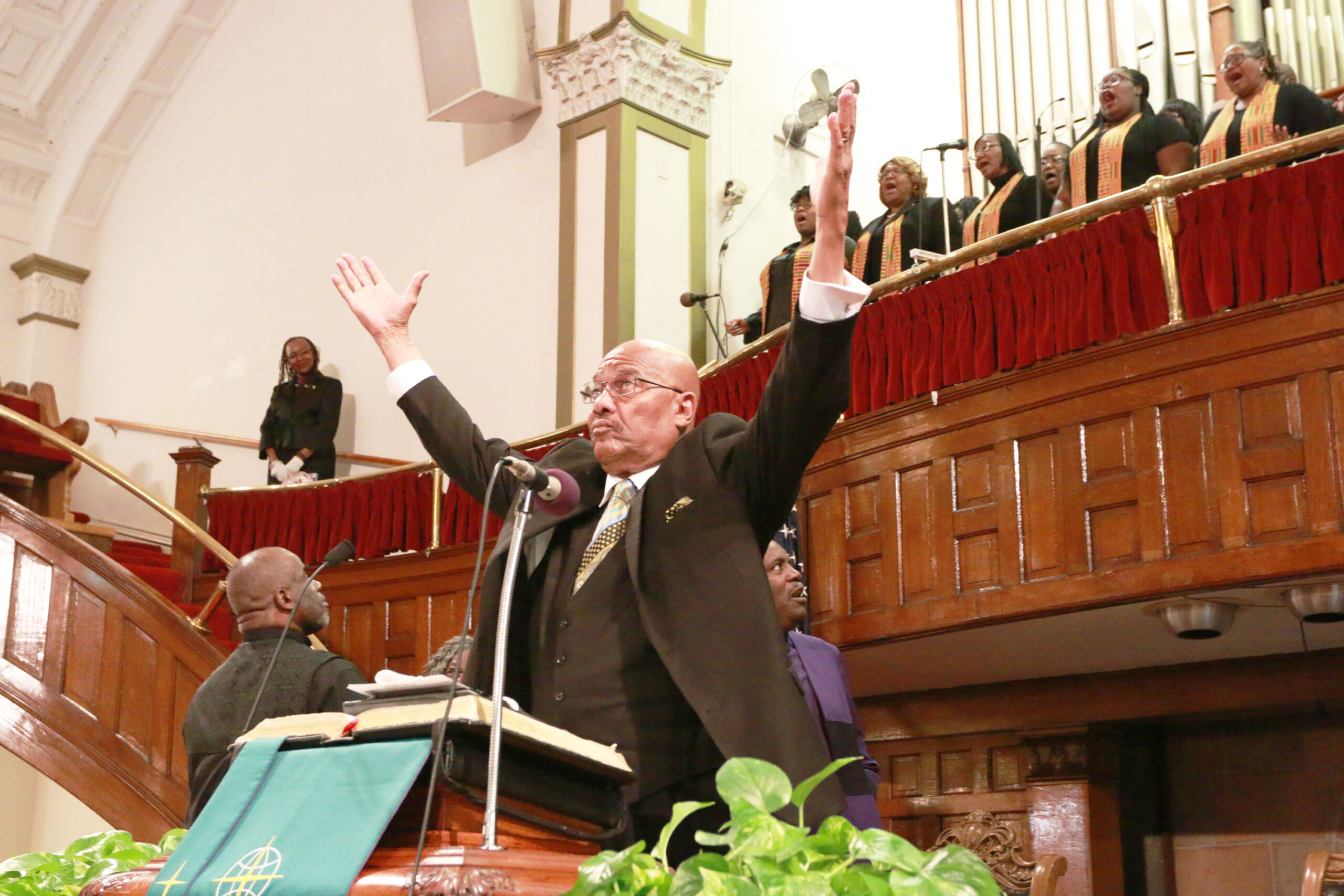 “What will become of his dream?”, asked Dr. A. Lincoln James, Jr., as he set the stage for his keynote sermon at the 29th MLK Commemorative Program at First Baptist Bute Street. It is presented annually by the Tidewater Metro Baptist Ministers Conference (TMBMC), and is one of the highlights of the King observances in Hampton Roads.

Dr. James was referencing his message text from the book of Genesis and the familiar story of Joseph, who was hated by his brothers and sold into slavery because he had a dream they were unable to comprehend or accept. Years later, after overcoming a series of hardships, Joseph’s dream was fulfilled.

James, the pastor of Trinity Baptist Church in Richmond, proceeded to define dreams as aspirations, and thus began a speech that ended with a spirited and hopeful audience on its feet inspired that the dream of racial equality set forth by Dr. Martin Luther King, Jr. has not yet been evidenced, but eventually will be manifested.

James, who ended his sermon with the encouraging refrain, “We Shall See”, asked if we are closer to the “dream” that is aligned with the life and legacy of Dr. King, or if we are distant. He then urged his listeners to recommit to the ideals represented by Dr. King to bring them into being.

Dr. James said we are living in an “insane day” and alluded to the upcoming inauguration on January 20 of Donald Trump as the nation’s 45th president. “Nobody will take us back,” he said emphatically, referring to the expressed open fear by many Trump opponents that Trump’s interests and commitment to enhanced civil and human rights are regressive.

“We shall see,” James refrained, noting that though the goals of the civil rights movement set forth during Dr. King’s life have not been fully realized, Americans, especially Blacks, must have hope because “the hand of God is working.”

“That world is coming,” he said to thunderous applause. “The dream is on the way.”

The event included the reading of a litany from the King Center in Atlanta commemorating the legacy of Dr. King.

Providing music for the occasion were the Booker T. Washington High School band and the Mount Gilead Mass Choir.