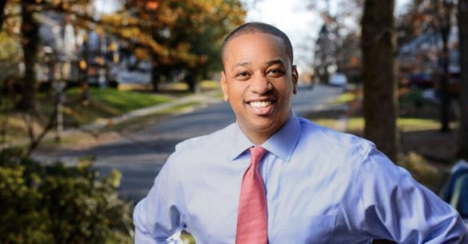 Since the growth of social media and the influence of Google ads built around clicks that drive money to certain content and vice-versa, the business of journalism has greatly changed.

Former Virginia’s Lt. Governor Justin Fairfax, whose last day presiding over the Virginia Senate was January 14, 2022 appeared close to becoming the Governor of Virginia in 2019. The elevation would have made him the only Black Governor in the U.S. after Virginia’s Governor Ralph Northam became embroiled in a scandal.

On February 1, 2019, it was revealed on Northam’s 1984 yearbook page from his time at the Eastern Virginia Medical School contained a photo of two individuals — one wearing a Ku Klux Klan outfit and a second individual wearing blackface. Northam initially confirmed he was in the photo and apologized after which Virginia Democrats, MoveOn.org and the NAACP among many others demanded his resignation. Northam then said he didn’t believe he wasn’t in the controversial photo.

As the scandal grew around Northam and rumors swelled that he might resign, Lt. Governor Fairfax was suddenly met with two sexual assault allegations from 2000 and 2004 in the form of an internal Facebook message made public on Feb. 3, 2019 and a press release by an attorney on Feb. 8, 2019.

“Let It Be Known,” a live daily show broadcast on NNPA’s YouTube and Facebook channels at 7:30 a.m. and hosted by Stacy Brown, featured a discussion of the Justin Fairfax case on Jan. 27. “Let It Be Known” can be viewed here https://www.youtube.com/c/BlackPressUSATV/videos.

Northam remained in office after media attention swung to the negative news on the Lt. Governor. At the time, Fairfax, a former assistant U.S. Attorney elected as Virginia’s 41st Lt. Governor in 2017, was 39. Fairfax previously ran for Attorney General in Virginia in 2013 but lost.

On April 2, 2019 Fairfax called a press conference and announced he was contacting two Black female prosecutors, Satana DeBerry in Durham, NC and Rachel Rollins in Boston, MA, to investigate the allegations against him. To date, no known investigations took place from their office.

On “Let It Be Known” on January 27, four Black journalists, including this writer who served as Fairfax’s communications consultant, had an hour-long discussion on “twitter justice,” modern media click-bait strategies and how they impact the speed and decision making of today’s journalism. The initial story on Fairfax went from press release to publication to widespread resignation demands in minutes.

“What responsibility does the media have when it comes to making serious allegations?” asked “Let It Be Known” host Stacy Brown of the panel.

“People believe what’s printed,” said Paris Brown, who is the top editor of the Baltimore Times.

Because investigative journalism is time consuming and expensive, many news organizations wrestle with delaying publication of breaking stories versus money lost on clickable ads by not running a big story social media is already featuring.

“If I go out and I print this I planted a seed. Once you plant that seed it is very difficult. In the case of Justin Fairfax, I question: Was it a political smear — it was so coincidental when you look at what happened with the Governor,” Brown said.

To date no law enforcement investigation of the Fairfax case has taken place. Several large news organizations known for investigative prowess, such as AP, NYTimes and CNN have never interviewed Fairfax’s accusers on the matter of their allegations.

The last known media interview featuring either of them was in April of 2019.

Lauren Victoria Burke is an independent journalist and the host of the podcast BURKEFILE. She is a political analyst who appears regularly on #RolandMartinUnfiltered. She may be contacted at LBurke007@gmail.com and on twitter at @LVBurke