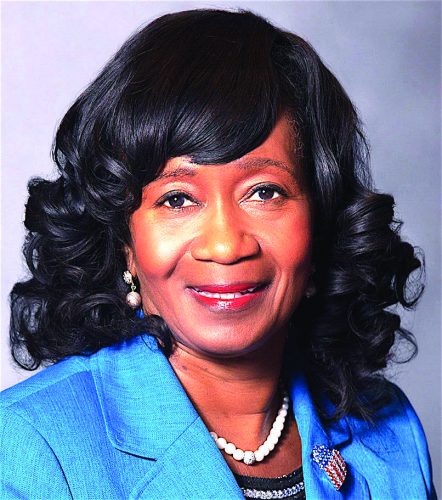 In a sense, Dr. Ella Ward’s life in Hampton Roads resembles some of the memorable scenes that unfold in the documentary, “Tell Them We Are Rising: The Story of Black Colleges and Universities.”

Ward’s life resembles some of the scenes in the Stanley Nelson-written-and-produced-documentary that will premiere on PBS (WHRO-TV) on Feb. 19 because she graduated from Norfolk State University in 1969, at the head of her class. That same year, she became an English and journalism teacher at Wilson High School in Portsmouth. Later, she became an educational administrator in 1993.

She retired after 35 years of service in 2004, and successfully ran for a seat on Chesapeake City Council two years later. While 50 percent of all public school teachers of color and 70 percent of all dentists and physicians of color earned their degrees at HBCUs, Ward puts a human face on the statistics that will appear in Stanley’s upcoming PBS documentary.

“I am a die-hard HBCU person because that is where I got my start,” said Ward who recently launched her re-election campaign in December for the Chesapeake City Council, a seat she has held since 2006. “I attribute my success to Norfolk State,” she said, adding, “The election will be held May 1.”

“I love my green and gold and believe in it highly,” Ward said in recent phone interview, shifting gears, referring to her own alma-mater‘s school colors. “I support HBCUs because they got me going. I had supportive teachers and administrators who supported me in more ways than I can explain. They helped me secure financial aid while I was at Norfolk State.”

Zeroing in on why other students saw HBCU’s as a sanctuary and a path forward, (which are cited in Stanley Nelson’s upcoming PBS documentary), Ward said although she earned high grades in the 1960’s at her high school in Suffolk, segregation still shaped many choices. “I probably could have gone to Harvard with my grades but back then that wasn’t an option. I was the valedictorian when I graduated from high school in Suffolk. But there still were not a lot of options for us. I just credit most of my success to the firm foundation I received at Norfolk State.”

She added laughing, “I signed up for day-and-night classes. Sometimes I took my son to school with me. My teachers let him sit in the class while I was taking my courses. There was a family atmosphere. They became my family. We are still close. I believe if you pursue your goals and use education to succeed in life, in spite of where you come from, you will succeed.”

In addition to serving on Chesapeake City Council since May 2006, and being re-elected in 2010 and 2014, Ward also belongs to numerous organizations and boards including the Board of Visitors for Christopher Newport University, the Chesapeake Rotary Club, and the Woman’s Club of South Norfolk. She was a member of the Chesapeake School Board from 2000-2006. She is serving her second term as the chair of the Hampton Roads Planning District Commission.

Ward may not appear in Stanley Nelson’s upcoming PBS documentary but her story shines a light on the sense of well-being and clear upward mobility that other HBCU grads mention in the upcoming documentary. More important, 50,000 HBCU grads described their own sense of well-being and clear path forward in a 2015 Gallup-Purdue University study, the first of its kind to measure the progress that students of color have experienced after graduating from an HBCU.

Of the study, Brandon Busteed, executive director of Gallup Education and Workforce Development, said, “There are still noticeable challenges around completion rates and loan default rates, and this data doesn’t change that. But this data does add a whole new dimension to the conversation about the value of HBCUs. Black students are having very meaningful experiences at HBCUs, compared to Black graduates from everywhere else.”

While the study measured five “elements of well-being,” including social, financial, purpose-driven, community and physical elements, it also asked HBCU graduates to cite a professor who cared about them, made them excited to learn or encouraged them to follow their dreams,” which Gallup refers to collectively as being “emotionally supported” while in college.