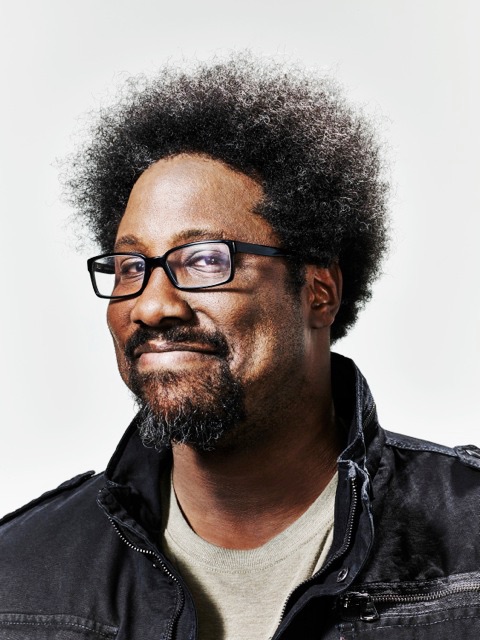 Bell is touring the nation to support the second season of his CNN show, “United Shades of America,” which airs on Sundays at 10 p.m. Bell, who characterizes himself as a sociopolitical comedian, has explored an array of topics since his show debuted on April 23, 2016. His show has covered hate speech, Muslims, white nationalist Richard Spencer, gang violence, Native Americans, and the new KKK.

“I tell jokes, but I’m not kidding,” Bell told one interviewer.

Bell uses comedy to start a conversation about race. In a sense, his show places racial differences underneath a type of microscope and brings divisiveness sharply into focus. Whether it was the time he sat talking to three men wearing Ku Klux Klan robes or trailed behind police officers in Camden, N.J., Bell provided comedic relief and sharp insight in each segment.

For example, Bell wrote this after he wrapped up his show on the KKK. “I’m getting email from the Ku Klux Klan. It’s OK though. It’s totally my fault, because I’m the one who went and paid them a visit.”

Bell added, “Even though they may have less power than they have ever had in their history, the images, history, and potential for violence is still alive.

Next, envision Bell trailing behind police officers in low-income neighborhoods in Camden, N.J. “When I walked the streets of Camden everyone felt tentative,” Bell said. “The police were trying to connect with the residents, but I could tell that it was a directive from on high as opposed to a natural instinct. And many of the residents reacted the way you might react to a poisonous snake who says, ‘I promise. This time I won’t bite you.’ Why should I believe you? And why are you talking?“

Bell added, “I appreciate that, unlike most police departments, the Camden police understand that improving the relationship with the community starts with them.”

A reporter put his finger on Bell’s growing appeal in a March interview in San Francisco Sounds. “Is W. Kamau Bell seriously funny, or is he a serious guy who happens to be funny?” the reporter asked. Bell does not downplay his own considerable intelligence. “He’s figured out an effective approach to engage audiences without enraging or upsetting them.”