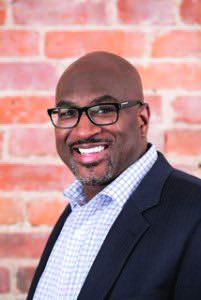 Black males represent only about 2 percent of all public school teachers and are becoming a dwindling demographic in public schools; so Virginia State University will host the first Underrepresented Male Educators Symposium on campus on Feb. 17.

The keynote speaker will be Dr. Robert Simmons III, vice president of Strategy and Innovation for Black Male Achievement. He recently joined Service Year Alliance as the organization’s new president. The symposium will focus on the recruitment, preparation and retention of males of color and will include many experts including Dr. Toney L. McNair Jr. of Chesapeake, a 2017 Virginia Teacher of the Year recipient. The master of ceremony will be Micah White, a comedian and executive director of the Central Virginia African-American Chamber of Commerce.

“The main goals of the symposium are to highlight the need for the recruitment and retention of all teachers during the growing teacher shortage; in particular underrepresented male teachers,” said Western Branch High School assistant principal Al Alexander, who is one of the event organizers. He is also the president of the New Chesapeake Men for Progress Education Foundation .

“It will serve as an excellent networking opportunity for all while gaining insight from the leading practitioners in the Commonwealth and from around the country,” Alexander explained in a recent email.

The symposium aims to address several troubling trends that have surfaced in recent years. For example, while the number of nonwhite students now outpaces whites, the number of non white teachers has lagged behind. Black men are the most underrepresented demographic, which means nonwhite students sit at their desks in public schools and are less likely to see a male of color check attendance, elaborate on the Blackboard, or wave goodbye at the end of the teaching day.

Worse, many reports show that male teachers of color are less likely to obtain a teaching post or continue teaching. Male teachers from all demographics are more likely to accept a job in another field, according to a 2015 report titled “The State of Teacher Diversity in American Educator,” authored by the Albert Shanker Institute.

According to this report, nonwhite teachers are being hired at a higher proportional rate than other teachers, but they’re also leaving the profession at a higher rate.

“Teaching is not a top career choice for men of any race,” American Public Media noted in an Aug. 28, 2017 report. “But more men are going into teaching. There was a 22 percent increase in the number of male teachers between 1988 and 2012. The increases were especially large among Hispanic and Asian men. However, the increases have been more modest among Black men. And an important note: The size of the teaching force in America increased 46 percent between 1988 and 2012. So, a 30 percent increase in Black men isn’t even keeping pace with overall growth.”

Whether public school districts are making an effort to hold on to the dwindling number of nonwhite male teachers is less of an issue than energizing the small number of male teachers of color who work in public schools. Since the number of non white teachers increased from only 12 to 17 percent, according to the Shanker Institute report, the upcoming symposium at Virginia State University aims to address the downward spiral that is not keeping pace with the changing student population.

The symposium will focus on the arching trend Specifically, men tend to avoid becoming public school teachers for several reasons including historically low salaries. The median pay for an elementary school teacher is now about $40,000. Since men are the primary caregivers in their families, experts say males are the nation’s most underrepresented educators in grades pre-K-12.

The point is this. Symposium organizers have studied the trends and are putting the finishing touches on an event that is expected to attract about 150 participants, including Virginia high school and college students, as well as professional educators from across the country.

The Virginia Education Association Delegate Assembly launched the committee that is sponsoring the upcoming symposium at Virginia State University. It has a nine-member planning committee that recognizes “the impending teacher shortage” and its “responsibility to devise ways to curtail it,” Alexander said.

He added, “As an administrator, it is my responsibility to mentor new teachers and assist them in every way possible. With over 20 years in the profession as a mathematics teacher and administrator in the middle and high school setting in an urban area, it is my duty to impart my knowledge upon teachers new to the profession in order to avoid potential pitfalls that would be detrimental to their career and to the students.”

The upcoming symposium will also feature education experts such as Dr. Antoinette M. Rogers, director of the Office of Teaching and Learning, as well as Naila Holmes, director of the VEA Office of Human and Civil Rights, and Dr. Kim Allen, one of three VEA staff members who helped organize the symposium.

To register or to become a vendor for the upcoming symposium, please go to www.vea.linkurnesreg.