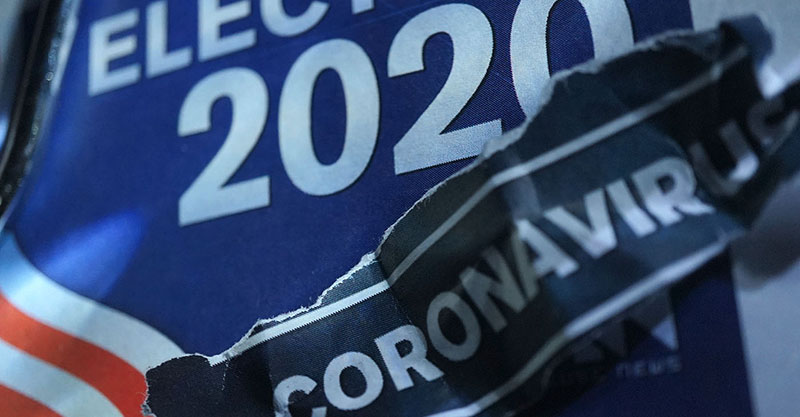 Leading up to the General Election Day, Nov. 3, Americans have been involved in the new “election season” tradition as over 50 million people have cast their ballots, thanks to early voting throughout the nation and Virginia.

That is nearly 45 percent of the 134,953,553 votes which were cast in 2016 for the five top candidates including Donald Trump, the eventual winner, and Hillary Clinton.

Of those 60.2 million votes which have been cast early thus far nationally, Virginians, according to the U.S. Elections Website, have cast over two million. This far exceeds the number of early votes in 2016, only because of voters’ fears of contracting COVID-19 at polling places on election day.

But thousands have stood in long lines for hours to cast their ballots, “socially distanced” throughout the nation, where in-person early voting is legal.

This year’s election has engendered concerns about voter intimidation and security while voting, considering the calls by President Trump to have his supporters monitor polling places.

Only polling officials are allowed within a certain distance of a voting precinct and it is unlawful to deter a citizen from voting.

Both of the political parties are planning to dispatch lawyers and party activists to the polls on November 3 to quell any issues, according to national news services such as NPR.

Karen Bass, who is the Chairwoman of the Congressional Black Caucus. distributed a video nationally urging people to vote and alerting Black civic and political activists about the CBC’s concerns over

Allen and other ministers of the VBIMC held a teleconference with the Virginia Beach City Manager, Chief of Police, and the Deputy Chief to address plans the city has to protect voters of all colors and deter intimidation.

“To their credit they did respond and laid out a plan,” said Allen.

“They will not have officers physically present at the precinct, because this may intimidate people, especially in the Black community. But if trouble arises, we were assured a police unit will be near by. Further, after the issue is addressed, the officer will leave

the site to assure their presence is not a barrier to voting.”

So far as Norfolk, Lori Crouch, the spokesperson for the city, said, “The city has worked with its law enforcement partners on a security plan that ensures the comfort and safety of voters at polling locations

during this early voting period and on election day.”

Allen said one concern he still has is the ability of citizens to carry their weapons openly at polling places.

Allen said not only are Black pastors and civic leaders worried about intimidating incidents on election day but afterwards, should the election not be decided in the favor of right wing political activists.

Allen said he is calling for “civic-minded people” to volunteer as poll watchers or workers to help voters throughout the region.

President Trump, during the first debate with Joe Biden in responding to a question about his support of White Supremacist groups, told the right wing anti-government group calling itself “Proud Boys” to “stand back and stand by.”

Allen said while the Proud Boys have said they do not believe in violence or racism, they “have been infiltrated by people who do.”

“They could cause trouble the day after the election,” said Allen

“This is why I preached recently that after the election, if Biden wins, that we be careful about our movements to and from home and work.”

While the Russians led the effort to misinform and discourage a large number of African American voters in 2016, this year’s election has attracted the

Iranians, too, according to federal law enforcement.

Cyber criminals in Iran dispatched threatening emails to thousands of Democrats in Florida and Alaska, made to appear as though they came from the Proud Boys.

The emails warned voters that the group had gained access to their personal information and that “you will vote for Trump on Election Day or we will come after you.”

Authorities say before such false threatening messages are taken down, they may be read and influence thousands of potential voters rapidly.

Facebook posts have warned voters their ballots will be invalidated if a poll worker puts a mark on it, such as their initials, even though that’s a requirement in many states. The fake claim led numerous election officials to issue statements such as this one from

restrictions, and that someone can go online and change people’s votes.

Another was that information on the absentee ballots and voter registration ballets can be used by the IRS, police and the child support officials to track people who may be delinquent.

None of the claims are true.