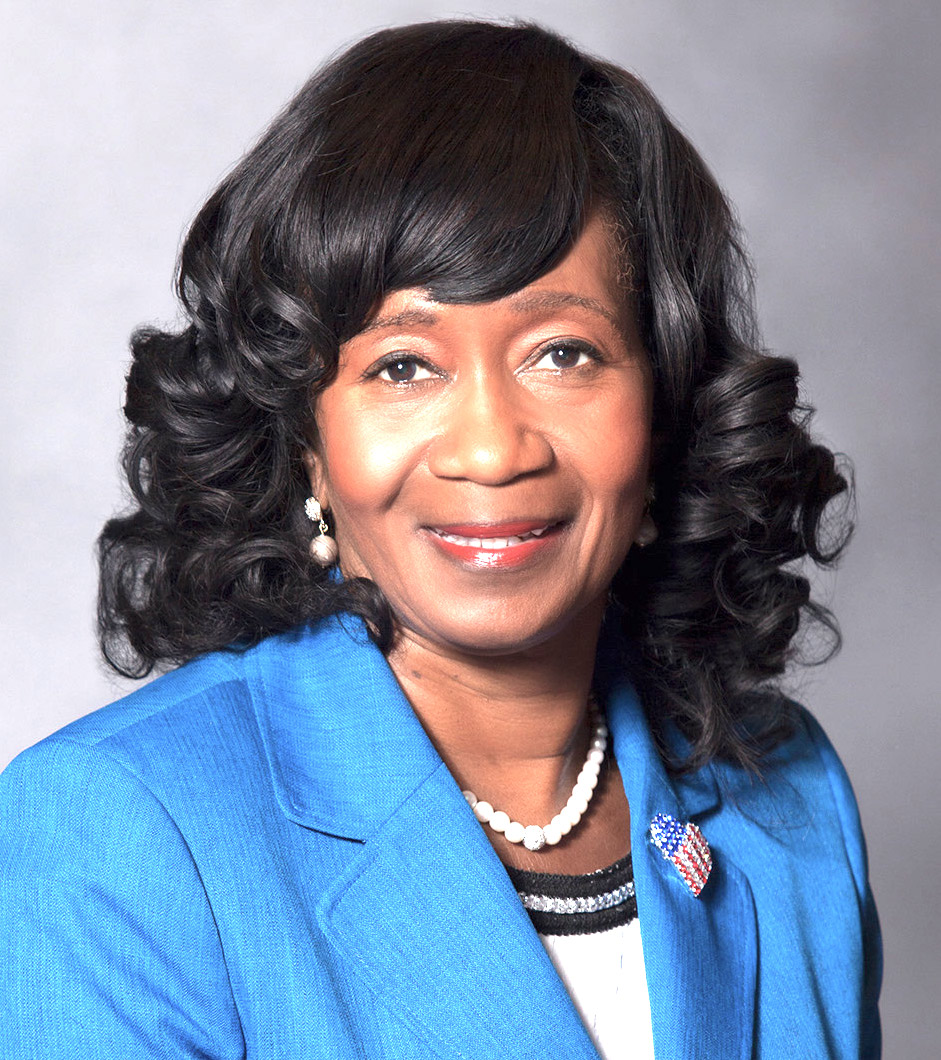 Something magical happened when Dr. Ella Ward launched her Chesapeake City Council re-election campaign, invited 30 people to a June 5 picnic in her backyard, and about 80 people showed up.

It seems as if name recognition has become less of a problem to Ward, a retired Norfolk State University educator and former two-term board member of Chesapeake City Schools, who first ran for Chesapeake City Council in 2006. Ward never believed in magic. Instead, she still believes in dedication, hard work and getting results. Although she is the second (elected) African American female to serve on Chesapeake City Council, Ward still campaigns by walking door-to-door and chatting with voters. She still distributes pamphlets.

She still talks to people on social media. Each Sunday, she still shakes hands at local churches. Like her former mentor, friend and employer, Willa Bazemore, (the city’s first Black elected councilwoman and vice mayor who served from 1980-1992), Ward tends to roll up her sleeves, recruit volunteers, and get things done. As a result, Ward was re-elected to Chesapeake City Council in May 2010, 2014 and 2018. On Nov. 8, voters will cast ballots in the general and special elections.

“The kickoff that I held in my backyard went very well,” Ward said in a recent phone interview with The New Journal and Guide from her home in Chesapeake. “It was a nice and breezy day. People from all over the city came including Congressman Bobby Scott, Louise Lucas (president pro tempore of the Senate of Virginia), and Cliff Hayes (who has served in the Virginia House of Delegates since 2016).”

Ward said, “This is the first year for the new date.”

She is referring to Chesapeake City Council’s 6-2 vote in June 2021 that changed mayoral, city council and school board elections from May to November.

“I worked to help move the election from May to November,” Ward explained. “It gives people more time to vote. This was done because people are busy going to graduations, going on vacation, and finishing school in May. The first Tuesday in May was the old election date. But many people either didn’t know or they were too busy to vote in May.”

Ward said, “It is going to be a difficult race. It is expensive to run and hard to raise money. Many people don’t get involved at that level, especially minorities– but that is changing.”

Ward will host several fundraisers in the coming months. She will also speak at civic leagues and local churches. She will also speak at the annual forum that the New Chesapeake Men for Progress will hold on July 20 at the Cuffee Center from 12 p.m.- 3 p.m. The annual forum will feature vendors, guest speakers, a health fair, job fair, and free gifts.

Ward, who was previously elected to two, four-year terms on the Chesapeake School Board in 2000 and 2004, explained why she ran for the first time for a seat on City Council in 2006.

“Improving education was my motivation,” she said. “I realized the City Council was responsible for funding schools. As an educator, I wanted to make sure our schools were equitable. I wanted to help improve Oscar Smith Middle School. It was run-down and dilapidated but they were not willing to build a new school. So I ran for City Council.”

Ward grew up in the Jim Crow era and lived in a rural area with an aunt who could not read or write. When she and her aunt boarded a segregated bus that had distinct, posted “Colored” and “White” signs, Ward said she had to tell her aunt to move to the back of the bus. “I didn’t like that,” Ward said. “Why did we have to sit in the back of the bus?”

Ward’s biography is impressive and extensive. The Norfolk State University graduate has earned five degrees, according to her bio. She earned her terminal degree, a doctoral degree in educational administration and supervision at Virginia Tech. She is active in her community and holds memberships in many organizations including Hampton Roads Chamber of Commerce, Woman’s Club of South Norfolk, Chesapeake Rotary Club (board of directors), Chesapeake Sports Club, National Council of Negro Women, Portsmouth Alumni Chapter of Delta Sigma Theta Sorority, Norfolk State University Alumni Association (Portsmouth Chapter), and the Chesapeake NAACP.

Asked to cite four of her major accomplishments as a councilwoman, she said in an email, “During my 16-year-tenure on Council. . . all (four accomplishments cited below) were made with the assistance of at least four other Council members: No.1- Funded and replaced Dominion Boulevard, South Norfolk/Jordan Bridge, the Gilmerton Bridge, and the 22nd Street Bridge; secured funding for the High-Rise Bridge and the (Regional) Hampton Roads Bridge Tunnel.”

Ward added in her email, “No. 4-Secured $9 million in local, state, and federal funds ($1 million from city, $5 million from the state, and $3 million in federal funds.) to move, restore and preserve the Cornland School ‘Museum’ as the anchor for the creation of the first and only Historical Village at the Dismal Swamp (formerly the African-American Historical Trail at the Dismal Swamp).

Ward and her husband, Herman L. Ward live in Chesapeake and have been married for nearly 60 years. They have one son, Torilus (Sharron, wife). Her son is the general manager for plant operations at Norfolk State University and a retired Navy veteran.