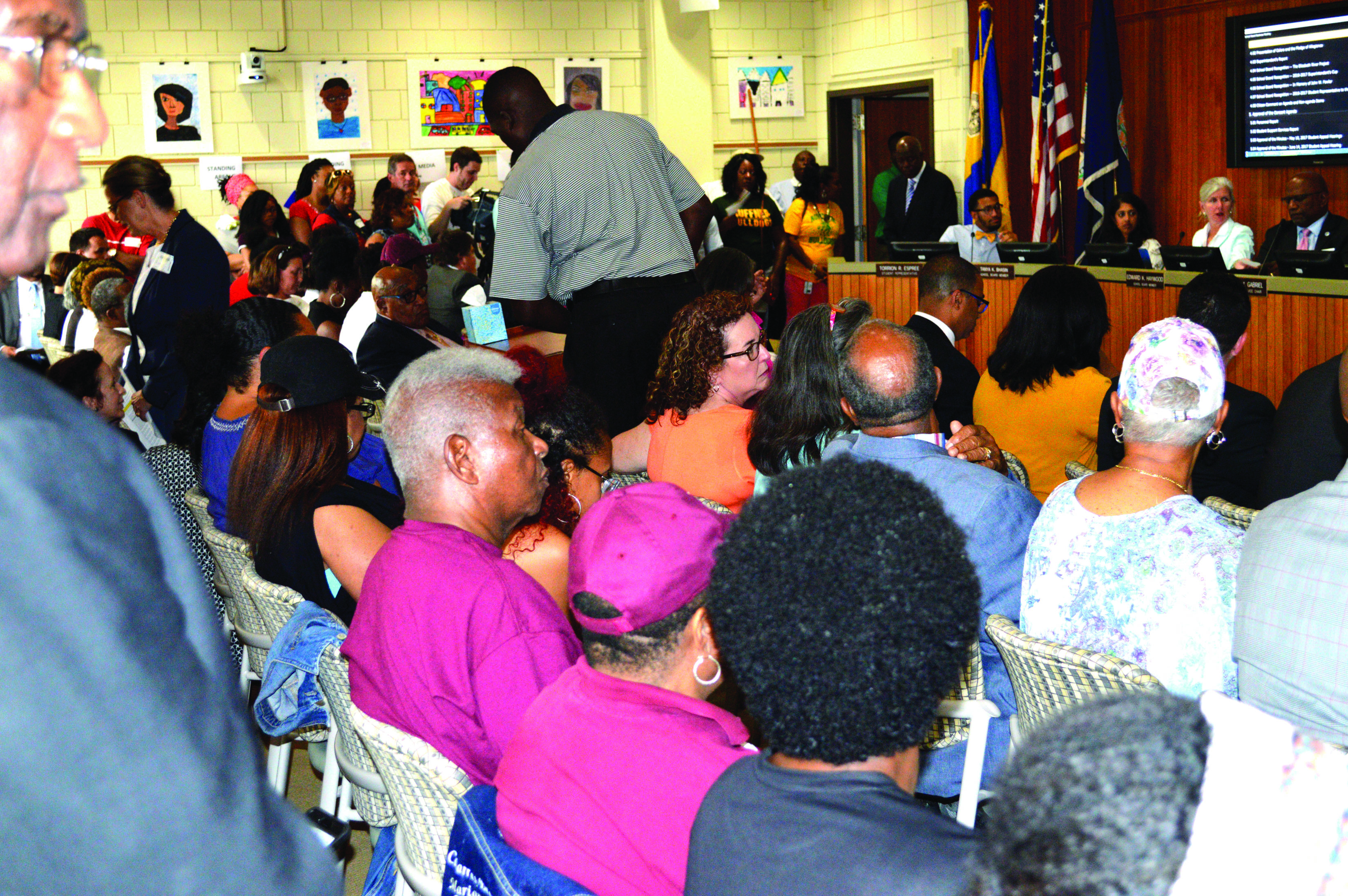 One of the clearest clues to how proud, stable and progressive is a community is the condition of its schools.

Individuals moving to a community look for safe and stable neighborhoods which not only have good schools, but a good network of commercial and recreational options.

Stability, safety and quality education show newcomers that the residents living near a school are proud and work to keep them viable.

On June 21, parents, alumni and friends, concerned about the conditions of Norfolk’s Booker T. Washington High School addressed their concerns about what they see as an erosion of the school’s physical and functional structure.

In a recent article in The New Journal and Guide, leaders of the Concerned Citizens of Booker. T. Washington High School urged the community to come out and join them before the panel to express their concerns and arrest rumors.

They wanted to know the future plans for the historical school and to address their concerns that the ills it is facing could fester to the point of closing it down.

Some criticism expressed on our Facebook page that the GUIDE article was the basis of “fake news” Donald Trump-style is delusional as that of our petty and cerebrally low wattage Commander-in-Chief.

Concerned citizens and others say at the top of their list of concerns are mold and the poor condition of the school’s athletic and recreation fields.

Further, parents of varying incomes who live within blocks of the school are opting to enroll their children in high schools miles away from BTWHS.

There is a growing idea that this school which sits in the heart of the Black community is unable to meet the needs of the students attending it.

The school’s mission to educate children of all races is a valuable asset to this city. But more so is its genesis and history which is a tribute to Black self-determination and pride.

When the school opened in 1924, during the height of Jim Crow, the state nor the city was spending money to provide Black people with even “separate but equal” educational facilities.

Mind you, there were some meager educational resources for Blacks. But the creation of Booker T. was a critical link in a chair of events orchestrated by a proud and frustrated Black community “sick and tired” of begging for resources to educate their children.

In 1911 the city had annexed two predominately Black neighborhoods in Norfolk County – Barboursville and Huntersville. This brought an additional Black school to the city- Public School No. 4. Its name was later changed in 1911 to John T. West School. David Gilbert Jacox was its principal.

In May, 1914 the State Board of Education approved West as the first accredited public high school for Blacks in Virginia. The first class graduated in June 1915. West continued to hold elementary classes.

With more space being needed for high school classes, the city purchased Norfolk Mission College in 1916. The West High School classes were moved there the following year, and it was renamed Booker T. Washington High School.

In a Norfolk Journal and Guide article that Jacox wrote in 1922, he made note of the success of the school:

“The work of this school soon became known because it included a stronger literary course than any other colored high school of the South. Four years of high school were given:

English, History, Science, Latin and Domestic Art, and three and one-half years ofmMathematics. This fact soon became known to other colored educators, some of them employed in normal schools, and they proceeded at once to raise their courses of study to four years of high school work.”

In 1924 the school moved to a newly constructed facility on Princess Anne Road, down the street from its former location. The present building opened in 1974.

Due to “separate but equal” it was never on par with its Whites-only counterparts prior to Norfolk’s brief experiment with full desegregation in the early 70s.

Hand-me-down books, poor labs and always obnoxious physical conditions were a constant. In fact, Black students in September of 1963, walked out of class protesting the poor conditions.

The Black community demanded a new building. The city agreed – with a wicked twist.

Instead of building the new school on land adjacent to the old one, there was a plan hatched to build it along a northern stretch of Tidewater Drive.

The plot, those who witnessed the history, was to move the school out of neighborhood to encourage White families to overcome their prejudice and fear of their children having to attend school in the Black community.

In fact, it was to be called only “Washington” High School; erasing the original name honoring Booker T. Washington, the Black man who founded Tuskegee College.

But the Black community fought back, resentful of the idea their community was not good enough for a new school to house an integrated student body named for a Black man they respected.

The Booker T. we know today, was opened in 1974 and has continued its mission to this very day.

Booker T. was built in the early 20th century, and sustained years because Black people knew that school reflected pride in their community, self reliance and the need for an instrument to educate their children.

So what values does the current condition of the school reflect among the city’s Black community?

Are the values the founding generation of Booker T. applied to accomplish the goal nearly 100 years ago no longer viable?

If Booker T. were a mirror, then regardless of the advances Black folk have made since 1922 in Norfolk, the reflection of the image should be disturbing.

Trust me, we know of other reflective examples: the murders among friends which occur only in the Black community.

The high level of poverty and illiteracy among for our Black children and adults.

The ability to graduate in respectable numbers remaining low.

Yet, many of Black leaders of this city are products of that school.

It is the first thing listed on their resumes or parts of their stump speeches when they run for public office.

Schools of historic note in other parts of the city are not plagued by such perceptions of dysfunction.

There are individuals, families and institutions which work hard to sustain their viability out of historic tradition, and again – here is that word – pride.

Back then, the community joined forces to build this tribute to their communal pride and self reliance at a time when most of the Black population lived in shacks.

They were not ashamed of the poverty of the Black community’s conditions which made Booker T. possible; they stood and worked to over come it.

What choice did they have?

When the only Black faces they saw in the corporate settings, the courthouse or city hall were in jail or janitors.

If you are African-American and live in this city, for any length of time, you have a connection to that school because your grandparents, parents or you yourself, graduated from that school.

The failure or future success of Booker T. and other schools which serve mostly Black and poor children will be owned by us.

We owe it to past and current generations to reverse course on this issue or collide with an embarrassing failure.