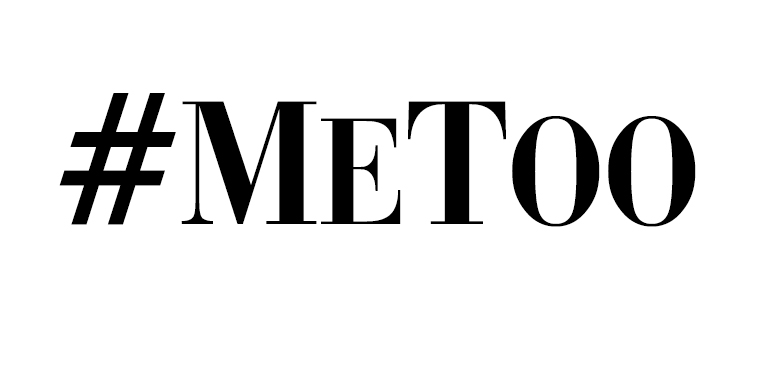 Time magazine did not emboss the image of a single individual on the front cover of its 2017 “Person of the Year,” edition.

Instead, the image of several women capturing the essence of “The Silence Breakers” who are generating the “#Me Too Voices” movement were used.

Colbert l. King wrote in his inspiring weekly column in the Washington Post about the movement’s “reckoning with men who use their power to take what they want from women.”

But as Colbert detailed in his column, if there is any group of women whose painful stories should put things in perspective it is Black female slaves.

They first arrived here in chains, toiled in the fields, cooked their masters’ food, satisfied white men’s sexual lust and attended to them when they were sick, watched their children and readied their wasted corpses for burial.

They were not only the victims of white male brutality, but male slaves and freed ones, too.

Knowledge of such transgressions have never been a secret; passed down like other family lore via tongue or pages of books.

The beautiful racial rainbow of Black folk is evidence.

Many Whites worry that this painful truth will emerge by a birth or DNA test.

Down the road, Prince Harry of Britain and American actress Meghan Markle may produce a “ginger” child, should she become pregnant. If the old girl is still alive, Queen Elizabeth II will get a kick out of that, won’t she?

People of a certain age recall white people referring to older Black people as Auntie and Uncle. Considering the level of rape and abuse Black women endured during slavery, this may not have been an act of disrespect.

“Women have been treated like property,” said Dr. Cassandra L. Newby-Alexander, Professor of History Interim Dean, College of Liberal Arts at Norfolk State University. “Men are called Mister and women, Mrs.; that is a sign of ownership. I never allow anyone to call me that.

Black women had a double bind, they were disregarded in the home and outside of their homes.”

Many of the women who are coming forth now with the “Me Too Movement” found themselves victimized after securing access to the path to empowerment in political and entertainment circles.

The extent of the abuse of former slaves was compiled in the 1930s by the Works Progress Administration Slaves Narrative Project.

These narratives reveal a lot about the lives of the former male and female slaves and the humiliating relationships with their white male masters, their wives and Black men.

They can be found in the National Humanities Center Resource Toolbox – The Making of African-American Identity: Vol. I, 1500-1865.

Many of the recordings are reflective of the crude fashion in which the slaves spoke.

“Enslaved women were forced to submit to their masters’ sexual advances, perhaps bearing children who would engender the rage of a master’s wife, and from whom they might be separated forever as a result. Masters forcibly paired ‘good breeders’ to produce strong children they could sell at a high price. Resistance brought severe punishment, often death. “ said former slave William J. Anderson in his 1857 narrative.

“Plenty of the colored women have children by the white men. She know better than to not do what he say.” said W. L. Bost, enslaved in North Carolina, interviewed in 1937. “Didn’t have much of that until the men from South Carolina come up here [North Carolina] and settle and bring slaves. Then they take them very same children what have they own blood and make slaves out of them. If the Missus find out she raise revolution. But she hardly find out. The white men not going to tell and the nigger women were always afraid to. So they jes go on hopin’ that thing[s] won’t be that way always.”

On this plantation were more than 100 slaves who were mated indiscriminately and without any regard for family unions. If their master thought that a certain man and woman might have strong, healthy offspring, he forced them to have sexual relations, even though they were married to other slaves,” said former slaves Sam & Louisa Everett, enslaved in Virginia, interviewed 1936.

If there seemed to be any slight reluctance on the part of either of the unfortunate ones, “Big Jim” would make them consummate this relationship in his presence.

Louisa said, “Marse Jim called me and Sam, and ordered Sam to pull off his shirt ‘that was all the McClain niggers wore’ and he said to me: Nor, ‘do you think you can stand this big nigger?’ He had that old bull whip flung acrost his shoulder, and Lawd, that man could hit so hard! So I jes said ‘yassur, I guess so,’ and tried to hide my face so I couldn’t see Sam’s nakedness, but he made me look at him anyhow. Well, he told us what we must git busy and do in his presence, and we had to do it.”

A narrative from an “Unnamed former slave,” in Georgia, interviewed ca. 1937 read, “I ’member he had a real pretty gal on his place … One of the overseers was crazy about her, but her mother had told her not to let any of ’em go with her. So this old overseer would stick close ’round her when they was workin’, just so he could get a chance to say somethin’ to her. He kept followin’ this child and followin’ this child until she almost went crazy. Way afterwhile she run away and come to our house and and stayed ’bout three days.

“When my marster found out she was there, he told her she would have to go back, or at least she would have to leave his place. He didn’t want no trouble with nobody. When that child left us she stayed in the woods until she got so hungry she just had to go back.

“This old man was mad with her for leavin’, and one day while she was in the field he started at her again and she told him flat footed she warn’t goin’ with him; he took the big end of his cow hide and struck her in the back so hard it knocked her plumb crazy. In them times white men went with colored gals and women bold[ly]. Not only the men, but the women went with colored men too.

“That’s why so many women slave owners wouldn’t marry, ’cause they was goin’ with one of their slaves. These things that’s goin’ on now ain’t new, they been happenin.”
Alexander said she is not surprised by the confessions of women in the “Me Too Movement.” She is critical of those who are dismissive of such claims made decades after they took place.

She mentioned Roy Moore of Alabama, who lost his bid for Senate after being accused of taking liberties with young girls.

“He is not a victim,” said Alexander. ”You can determine when a victim can feel it is safe enough to come forth.”