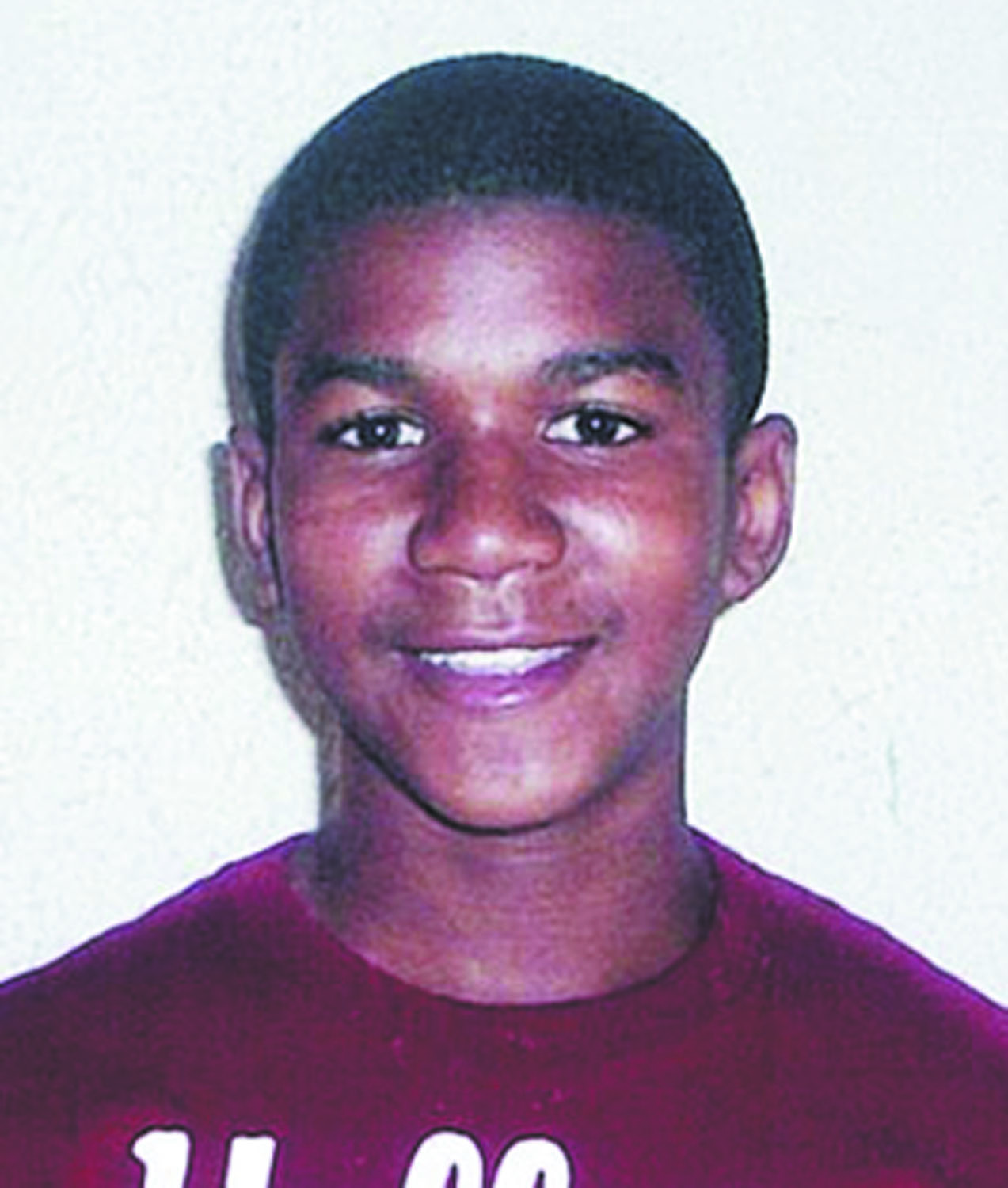 Florida State Attorney Norm Wolfinger announced on March 20, 2012 that a grand jury will investigate the death of Trayvon Martin, a 17-year-old who was shot and killed in a gated community by 28-year-old neighborhood watch volunteer George Zimmerman on February 26, 2012 in Sanford, Florida. The Justice Department and FBI has also opened an investigation into the death of the unarmed teenager. Zimmerman has not been charged. Martin is shown in an undated family photo. UPI (Newscom TagID: upiphotostwo147443) [Photo via Newscom]

The deeds and sacrifices of Rosa Parks, Dr. Martin Luther King, Jr., Medgar Evers, the hundreds on the Edmund Pettus Bridge, generated the energy which eventually knocked down Jim Crow.

Blacks Lives Matters (BLM), social media and the cell phone recorder have stimulated the current movement, due in part to the deaths of Black men and women from the bullets and deadly choke holds of police officers.

with a soda and Skittles as snacks to watch an NBA game in Sanford, Florida.

George Zimmerman, a neighborhood watch guard, spotted him and declared the young hooded Black man did not “belong” in the neighborhood, confronted him and killed him during a struggle.

Zimmerman, who is White, claimed he was “standing his ground,” and scared for his life. But if you were being followed by a stranger, don’t you think such a defense would have been Trayvon’s?

The court accepted Zimmerman’s stand and found him not guilty of murder. Black people began wearing hoodies to remind us of the injustice.

Turn the dial back to a hot August in 1955, in Money, Mississippi.

Then 14-year-old Emmett Till was visiting his mother’s home state from Chicago, and allegedly whistled and made other lewd remarks to a White woman in a general store.

Shortly after that, the young man was pulled from a bed in his uncle’s home, taken to a remote area and was mutilated.

His body was later found. Back in Chicago, his mother demanded that the badly decomposed body of her child be put on display in an open casket to see just how deadly Jim Crow and White hate could be. Jet magazine carried it on the front page.

The men who killed Till were not found guilty and the woman who claimed that he was “fresh” with her, 62 years ago, Carolyn Bryant has said she lied in a recently published book, ‘The Blood Of Emmett Till” by Timothy Bryant.

Three months later in 1955, Rosa Parks sat and Black people stood up in Montgomery, Alabama, pressing Black residents to fight and destroy the system which kept them in a state of slavery by another name.

Several years ago a young Claudette Colvin (no relation, I guess) defied the law and was arrested. But Parks’ move triggered a year-long boycott by Black people of the bus lines.
The courts struck down the city’s Jim Crow seating policy. The modern Rights Movement was underway.

Black people found tools to fight Jim Crow: depriving the bus company of their dollars and directly challenging a system, non-violently, there and across the South.

The masters of Jim Crow were made to realize their hypocrisy. They were not living up to the ideal that “all men were created equal.”

Move forward years to Ferguson, Missouri in 2014 and recall 19-year-old Michael Brown’s body lying in the middle of a hot street heated by an August sun. A White officer shot him because, again, the cop felt like his life was being threatened.

In that city Black folk were so politically disengaged, it never dawned on them that they were in the majority.

Brown’s death pointed up the sustained and violent nature of how police treated them there and elsewhere in our so-called post-racial America.

Blacks were being ticketed at a higher rate for traffic violations and the city was using that money to fund the city’s modern version of Jim Crow.

Protestors converged on Ferguson, unrest ensued, reforms were imposed and the old masters of the new Jim Cow system were dispatched.

From the tumult in Ferguson, The Black Lives Matters Movement was given birth. Like the Civil Rights Movement which was given life in the mid-1950s after the murder of Emmett Till and the Montgomery Bus Boycott, it was the object of what we call now Whitelash by conservatives.

“How dare these ungrateful and underserving Blacks, who have caused their own ills, demand to be treated equally, when, the nation had just elected its first Black President.”

It is called Whitelash against the current Black liberation movement.

There is a claim that these protesting Blacks and Hispanics are being ungrateful and racist. But this is just a rhetorical ply and mind trick to confuse Black people and distract us from the continued racism many Whites deny.

Along with the current liberation movement led by the BLM, the Black Press and others fighting for criminal justice reform against police abuses, the current revolt against Trump reminds us of another passage in history

Recall the mid-1960s when the resistance to the Vietnam War and the fight for Civil Rights reforms collided.

The collision drew attention to the financial inequality, deprivations of people from certain Islamic and Black dominated countries immigrating to our borders, educational and housing disparities then.

The collision worked, and the nation did advance to a degree, but it seems that there was a great of unfinished business that Trump has used to trigger White anger and resentment anew today.

Again, unrest is brewing in the streets and I hope that it will be a shield against the Trump White House and the GOP controlled Congress.

This is just a reminder that while we celebrate the 2017 edition of Black History Month, we should be mindful of it year round.

Let’s not forget the young and old men and women, and institutions whose sacrifices made Black history viable as a bulwark against hatred and bias.

Let’s not forget that the same factors which created slavery, Jim Crow and its modern version today, still exist. And if we are to have any future, we must fight against it.