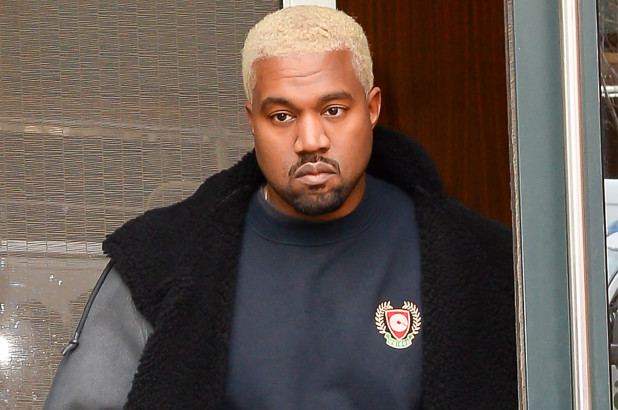 Did we miss something? Was Kanye West saying that Black people are still in slavery and are choosing such a state and no one told us we were free?

Did he mean that so many Black folk have fallen behind so badly socioeconomically that they have selected permanent marginalization?

Is he saying that our continued discussion of it over so many years means we choose to talk about that rather than freedom?

As we debate the intent of West’s words, it seems he has not respected his people enough to even read our history.

If he had, he would not be deemed one of the most intellectually marginalized, but wealthy Black men in the nation.

To allow his twisted sense of history to have any credibility is to deny that Black men and women tossed themselves and offspring into the ocean rather than continue their voyage to the new world and old slavery.

It is to deny that Black Africans on slave ships rebelled, killed crews. commandeered them and sailed the vessels back home.

It is to deny that Black men and women were sent to seasoning farms in the Caribbean because they needed to be broken into the idea of being slaves into of choosing freedom.

And it is to deny that so many were beaten to death and maimed rather than comply with being enslaved.

Why did these Black people, once they arrived in the American Colonies, continue to resist by practicing their native religions and other rituals secretly, rather than adhering to the ones that the White planters wanted them to adopt?

Did it ever dawn on Mr. West why enslaved Black people chose to flee from slavery, despite not having any idea where they were going in a strange land?

If Kanye wanted a good example of Black people refusing to choose slavery, there is no better tale than Nat Turner. He was so angry being a slave, he literally lost his head trying.

If Kanye is right, then Dred Scott was elated in 1857 when the U.S. Supreme Court said he could not petition for his freedom because he had no rights White people could respect.

One wonders why Black men and women, despite the threat of being whipped or blinded, sought to learn how to read.

Maybe their masters did not want them to read books and pamphlets being circulated by a troublesome faction of free Blacks and Whites called Abolitionists.

The master surely did not want his slaves sitting idle and reading about their Black cousins rebelling in other parts of the colonies or of all places like that Sh##hole of a place called Haiti.

The Fugitive Slave Act in 1850 called for citizens to capture and return, to their masters any Black slave who – get this – “makes a choice” to run away.

If Harriet Tubman so loved and chose slavery, why did she escape bondage and then jeopardize her life leading Blacks from slavery in the South to freedom in the North. Hell of a choice for a Black woman at that time don’t you think?

If they chose slavery so much, why did thousands of Black men volunteer to fight for the Union Army in the Civil War? Surely it was not because they wanted sport around in those cool blue uniforms.

I read some place that these Black men made a “choice” to willingly fight for their own freedom as opposed to having somebody else do it for them.

During the Civil War, why did so many slaves, sighting Union troops near the plantations, chose to flee to the Yankee military units?

Why did thousands of Black slaves flock to (Freedom) Fortress Monroe in Hampton, Va.? I don’t think they were lining up in the cold night air to get a good spot for the morning tour.

What was this deal called the Emancipation Proclamation? Somebody advised President Lincoln that Black people in places of rebellion, mostly the South, would really appreciate it.

Let me remind Mr. West that there were people like Frederick Douglass, who were free and thought his other three million brothers and sisters would eventually enjoy it, too.

One wonders why John Wilkes Booth worked so hard to plot and kill President Abraham Lincoln after Lincoln’s last speech suggesting that Black people should be made whole.

After slavery one wonders why did Black people create all those institutions of freedom: church, enterprise, schools and civic groups.

We also must note that the United States Congress adopted amendments which first ended slavery, granted Blacks citizenship because they were born here and allowed, at least, Black men to vote.

By the mind 1870s, a lot of Black people were liking this new thing called “freedom.” I wonder how many of them wanted to make the “choice” to return to the “good ole days.”

Meanwhile a newly formed fraternity called the Ku Klux Klan detected this sentiment among Blacks, took up the habit of roaming around in white sheets at night.

Black people were choosing freedom over bondage and the KKK wanted to remind them of how it would be limited by violence.

The KKK and a wave of laws and restrictions crafted by White lawmakers, North and South, were put in place to deter the newly freed “darkies” from securing their goal.

As Blacks hopped on rail and road cars and made a “choice” to head North to flee the laws and lynchings in the South, those who remained down home continued to choose freedom as they were reminded each day by strict segregation of its limits.

But they created their own “beloved” communities where they could choose to live freely.

Black people were summoned to fight overseas, during WWI, as they did before and would in the future.

Remember they fought to defend democracy and equality – something which eluded them back home.

Back home, after the war, the oppressed Black people, or slaves by another name, sick of police brutality and lack of opportunity rebelled/rioted.

History tells us people who choose freedom tend to do such things.

Were their parents and leaders of the NAACP “choosing” freedom when they enlisted 12 students in Little Rock and 17 students in Norfolk to force these cities and eventually the nation to comply with the court’s decision?

Rosa Parks made a choice not to be a slave a year later, giving birth to the modern Civil Rights Movement.

That Movement was led by a young man named Martin Luther King, Jr. He could have chosen to be a comfortable pastor at his daddy’s church.

Instead it was his choice to work and die reminding the nation that “All men are created equal,” including Black people.

Now that is just about 200 years of American History. If I looked further I could add another 200 plus as Mr. Kanye West suggests.

But you get my point.

It would be redundant, for you can think of countless examples leading up to this very day of not only Blacks, but other groups who made freedom their “choice” rather than the opposite.