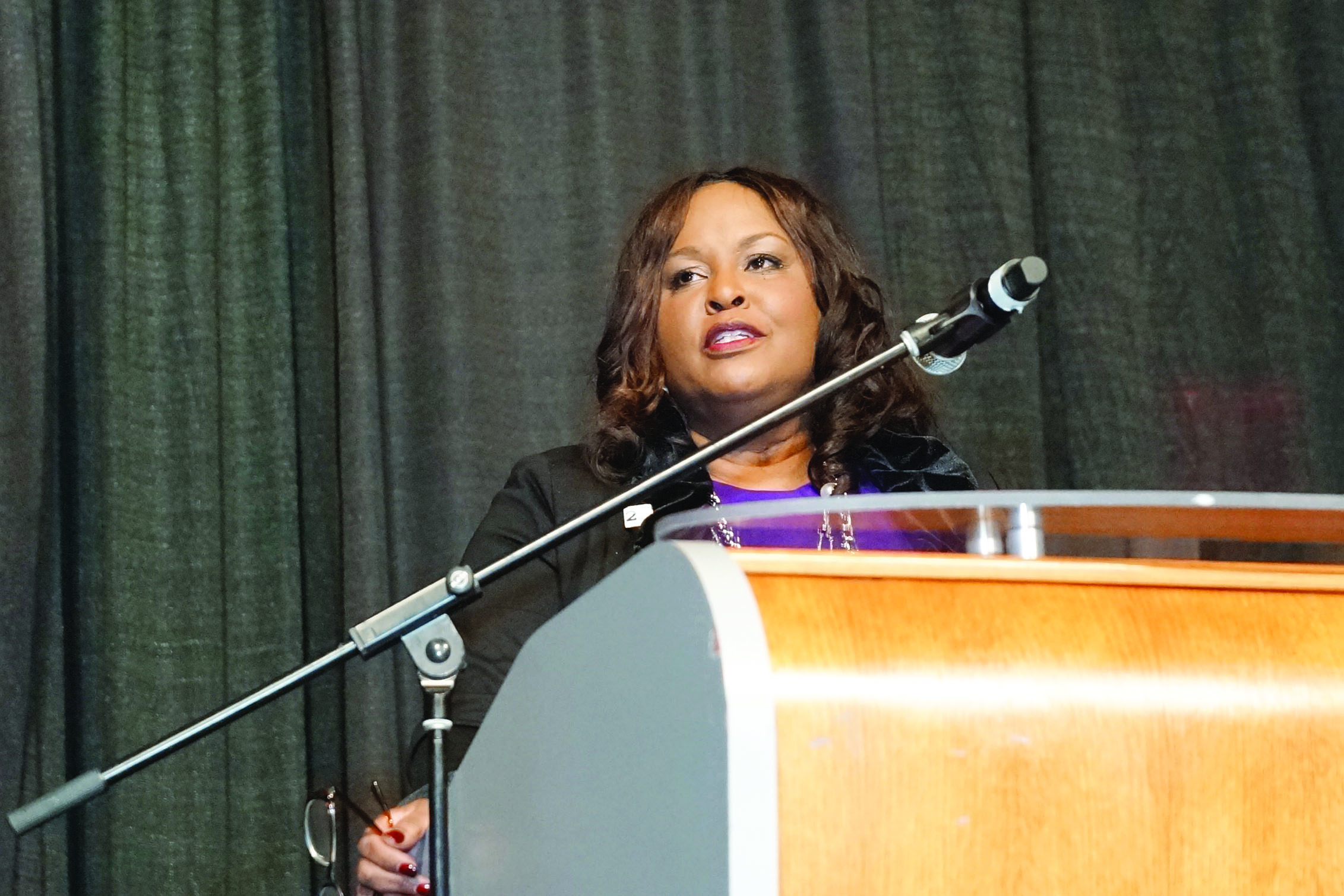 Thomason is a native of Virginia’s Eastern Shore and former executive vice president of the Chicago Housing Authority. Thomason is currently the president and CEO of two non-profits, Second Act Communities and the Virginia Beach Community Development Corporation, that provide affordable housing to low-income families. Thomason is considered a driving force behind a movement to house every homeless child in America.

During her speech, Thomason said, “Martin Luther King had the ability to find ways to conflict the comfortable and to comfort the afflicted.” She also said, “It takes radical courage to face radical acts of hate.”

Thomason closed out her remarks by telling the audience that “creative people find themselves in situations today that require creative solutions.”

The Community Leaders’ breakfast, created to honor the legacy and work of Dr. Martin Luther King, Jr., recognizes and presents awards to those dedicated to community service, volunteerism, education, employment, health, and housing.