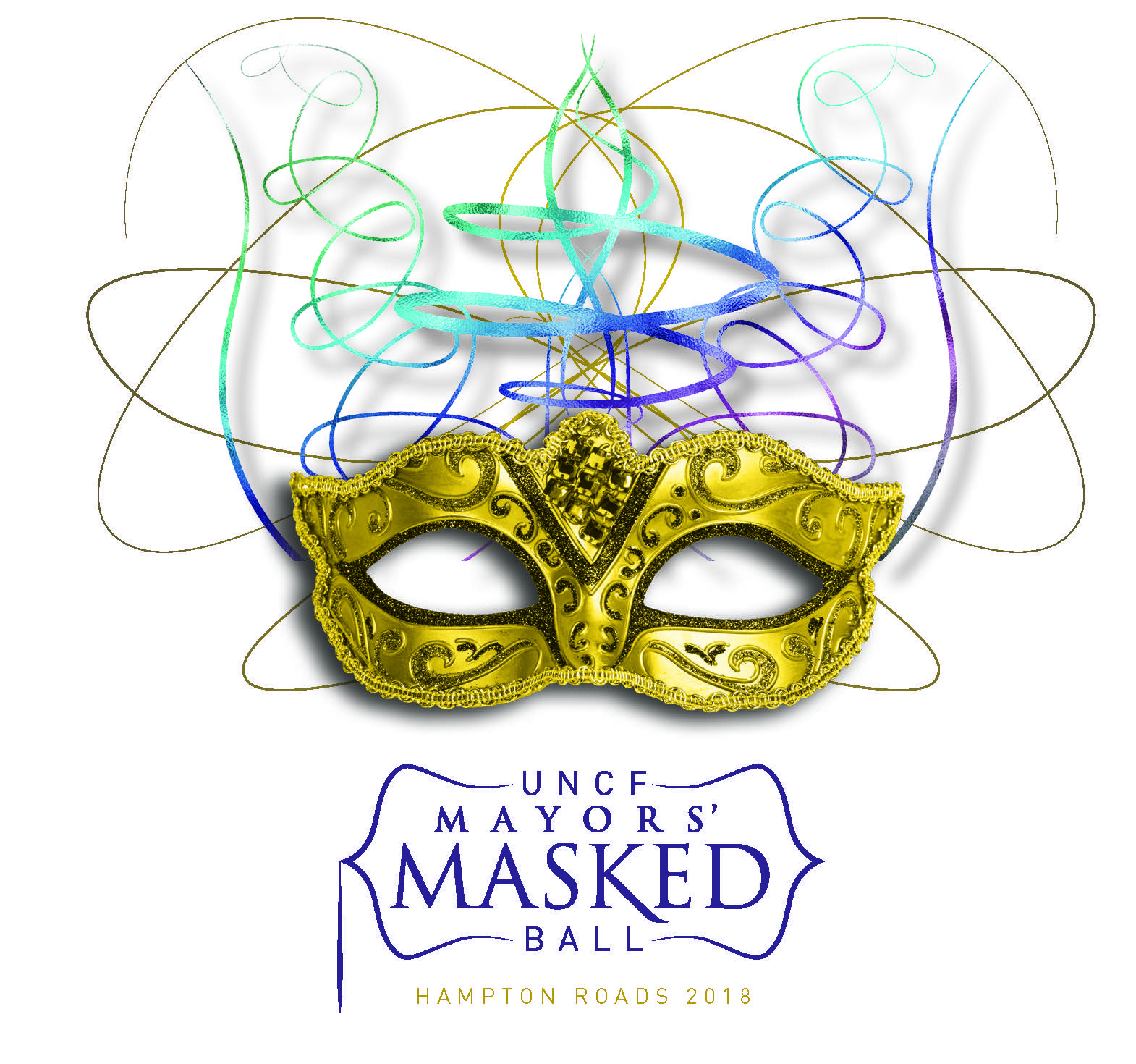 March 31 is a big day for the United Negro College Fund (UNCF) in Hampton Roads. For several months, a committee of community volunteers has been working hard to ensure the debut of the Masked Mayors’ Ball at the Main Hotel in Norfolk is a grand success.

For some 30 years, UNCF has been hosting the popular scholarship fundraiser in cities across the nation. For example, on February 24 fundraising Black-tie Mayor’s Masked Balls were held in Birmingham, Dallas, Indianapolis, Los Angeles, San Francisco and Seattle.

But the city with the longest running Mayor’s Masked Ball is in Atlanta, Ga., where more than 1,200 attendees gathered on December 21, 2017 for the city’s 34th annual UNCF signature event. More than $1.3 million dollars were raised for historically Black colleges and universities (HBCUs).

The galas are designed to raise public awareness and generate large corporate and individual donations to support deserving area students. The events garner support from a diverse group of elected officials and community influencers, including honorable hosts who support UNCF’s mission of investing in better futures by getting students to and through college.

“Events such as these, stress the importance of HBCUs,” said Dr. Lomax, UNCFs president and CEO. “HBCUs not only provide a college education for 300,000 students every year, but they are a powerful economic engine: locally, through the jobs they create and the expenditures they make in the cities where they are located, and nationally, through the students they educate and prepare for an information-age workforce.”

The Hampton Roads Masked Mayors Ball is coordinated by the Richmond UNCF office and is being directed by Tiffany L. Jones, Area Development Director of the Charlotte, North Carolina UNCF Office.

Attended by prominent individuals and supporters, these UNCF events across the nation also pay homage to members of the community who are trailblazers, continuing the fight for all students to be afforded the opportunity of a high-quality education.

Local ball highlights will feature a silent and live auction; a VIP Masked Reception; celebrity guests; a parade of stars and dignitaries; elegant dining; and dancing by the Fuzz Band.

These signature fundraisers culminate the end of a successful campaign geared toward shedding light on the lack of resources available for minorities to get to and through college. Visit: UNCF Events to view images from past celebrations.

UNCF (United Negro College Fund) is the nation’s largest and most effective minority education organization. To serve youth, the community and the nation, UNCF supports students’ education and development through scholarships and other programs, strengthens its 37 member colleges and universities, and advocates for the importance of minority education and college readiness. UNCF institutions and other historically Black colleges and universities are highly effective, awarding nearly 20 percent of African-American baccalaureate degrees. UNCF awards more than $100 million in scholarships annually and administers more than 400 programs, including scholarship, internship and fellowship, mentoring, summer enrichment, and curriculum and faculty development programs. Today, UNCF supports more than 60,000 students at more than 1,100 colleges and universities across the country. Its logo features the UNCF torch of leadership in education and its widely recognized motto, “A mind is a terrible thing to waste.”® Learn more at UNCF.org, or for continuous updates and news, follow UNCF on Twitter at @UNCF.