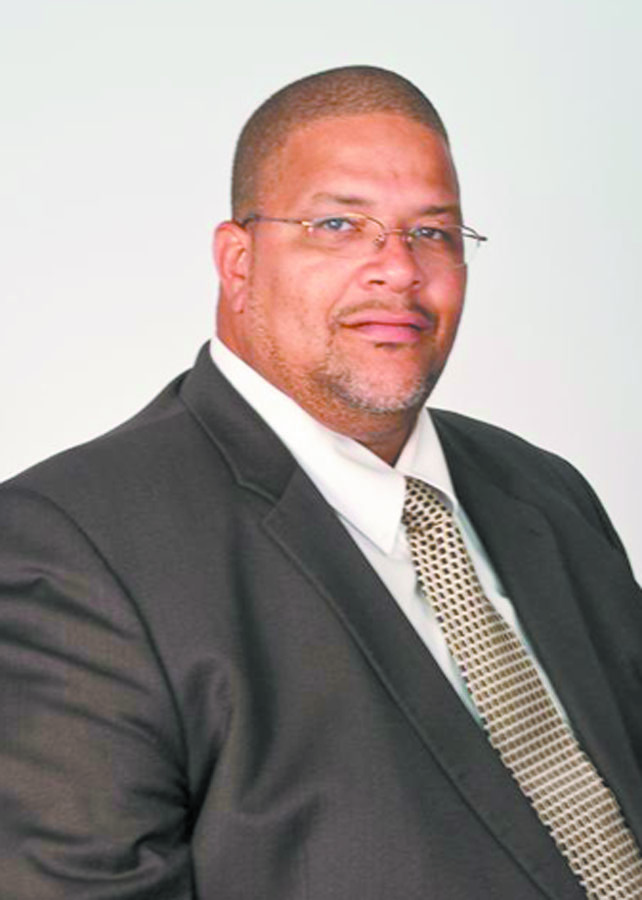 Here is a quick tour of Wright’s mayoral tenure. In November 2012, Wright won re-election beating Vice Mayor Charles B. Whitehurst Sr., despite an unsuccessful 2010 recall effort. However, it would not be the last recall effort against Wright. According to news reports, about three months before Wright ran for re-election in 2016, a Circuit Court judge ruled there were not enough valid signatures collected in an effort to recall Wright, the city’s second African-American mayor. Specifically, recall organizers delivered 8,530 signatures. But Registrar Deloris Overton Short deemed only 6,012 valid, and Circuit Judge James Hawks said they needed 7,786. This past November, former Portsmouth City Manager John Rowe was elected mayor.

“After the election I made a commitment to my family that I would slow down,” Wright said in a recent phone interview. “Since the election my wife and I have given away a lot of scholarships to help less fortunate children because that is where we are from.”

During a typical week, Wright sometimes picks up an award, volunteers, and raises his four daughters with his wife, Thomasina. The couple’s oldest daughter is a junior majoring in engineering at Georgia Tech. Their youngest daughters are 13-year-old twins. For about two decades, he and his wife have operated an engineering company, Wright’s Engineering and Design.

It generates an estimated $2.1 million in annual revenues, according to Buzzfile.

“On the weekends I also volunteer for my fraternity Omega Psi Phi,” Wright added. “During the year, I also help to plan community programs such as Black History Month, and Dr. Martin L. King Day celebrations. I have been president of the Eureka Club since January 2017. I am still running my business and volunteering like I did before I became mayor. I am staying away from the political scene and have gone under the radar to my first love, which is working with children.”

But what role, if any, did race play in the recall efforts that were launched against the first two African-American mayors of Portsmouth? If you thumb through scores of reports on African-American mayors, you will notice that Wright left office the same year that at least eight cities elected an African-American mayor for the first time. Those eight new mayors include Charlotte Mayor Vi Lyles, Gwinnett-Atlanta Mayor Craig Newton, St. Paul Mayor Melvin Carter, as well as Jonathan McCollar in Statesboro, Ga.; Brendon Barber, in Georgetown, S.C.; Mary Parham-Copelan in Milledgeville, Ga.; Booker Gainor in Cairo, Ga., and Wilmot Collins in Helena, Mont.

The point is this. Civic involvement streaks through Wright’s history like tumult, conflict, and chaos have a habit of cutting a clear pattern through the history of many African-American mayors.

The first African-American mayor, Pierre Caliste Landry was elected in 1868 in Donaldsonville, La. Others who hail from Donaldsonville include King Oliver, Louis Armstrong’s musical mentor, and enslaved African-American soldiers who fought with the Union at nearby Fort Butler, according to The New York Times.

So what role does race play in launching the tumult, conflict, and chaos that quite a few mayors of color encounter? Some answers surface in the mayoral life of Tom Bradley, who was a former police lieutenant before he served as the mayor of Los Angeles from 1973 to 1993.

Bradley’s 20-year term marked the longest tenure for any mayor in the city’s history. But before he won his first term as mayor of Los Angeles, Bradley unsuccessfully ran for mayor in 1968 against incumbent Mayor Sam Yorty, who questioned Bradley’s ability to fight crime. Yorty painted a picture of Bradley, his fellow Democrat, as a threat to Los Angeles because he would supposedly open up the city to feared Black Nationalists.

However, Bradley did not run on his record as a police officer in his first unsuccessful mayoral bid in 1968, although he could have since Yorty made race an issue. As race became a clear issue, even many liberal white voters became hesitant to support Bradley, according to The LA Times. It would be another four years, in 1973, before Bradley would unseat Yorty.

In Bradley’s obituary, The LA Times pointed to his accomplishments after he died of a heart attack at age 80 in 1998.

The most tangible aspects of his legacy included the city’s period of enormous growth, the gleaming downtown skyline of Bunker Hill, and the start of a subway and light-rail. During the Bradley years, Los Angeles surpassed Chicago to become the nation’s second largest city.

Bradley helped to create racial peace in the rapidly diversifying city during most of his five-term, The Los Angeles Times continued. “He opened doors for minorities and women to serve on city commissions, to rise in the ranks of City Hall employees and to share in city contracts.”

Of Bradley’s accomplishments, The New York Times noted in his obituary, “He first ran for mayor in 1969, when the Watts riots of four years earlier were still an open wound in Los Angeles … ‘There wasn’t a lot of flash to him,’ said Dee Dee Myers, a former White House press secretary, who worked for Mr. Bradley in the 1980’s. His enemies always underestimated him, but at the end of the day he was always the last one standing.’’

In April 1992, Bradley decided he would not seek a sixth term following three days of riots, which came after four white police officers were acquitted for beating unarmed motorist Rodney King. Bradley was deeply affected by the riots and, five months later, announced that he would not run for mayor again. ‘’He never really understood it,’’ a friend said, in Bradley’s obituary in The New York Times. “It was a tragedy in his life that you can’t overestimate. It was like he was hit in the stomach with a two-by-four.’’

Washington got things done, the Chicago Sun-Times noted, “Before Washington the city’s infrastructure was falling apart. He passed the largest Neighborhood Bond Ordinance in Chicago’s history to be spent in white as well as minority communities.” The entire city benefitted, in other words. “The city didn’t fall into Lake Michigan, as many whites had feared. Washington proved minorities can rule the city at least as well as whites.”

After Washington collapsed while working at his City Hall desk and died of a heart attack at age 65 in 1987, his funeral route was lined with thousands of Chicagoans. Some stood on rooftops, waving goodbye and holding handmade posters “Thank you, Mayor, for fixing our street,’’ read a cardboard sign at the front window of a modest brick house on newly paved Vincennes Avenue. “‘We Love You Mayor Washington,’” said a green crayon poster. Some simply stood and stared, according to news reports. Others wept. Church bells rang throughout Chicago all morning, and the day was declared an official day of mourning by the city. Nearly 4,000 people filled the Christ Universal Temple to pay their last respects to Mayor Washington.

The problem is Holley made history at many levels. Twice, he held the office of mayor, first from July 1, 1984, to Dec. 15, 1987, and again from July 1996 to July 13, 2010. But voters overwhelmingly voted him out of office, approving his recall by a ratio of greater than 21-1 and making him the first known politician in U.S. history to be recalled twice.

Although news reports show that the recall results against Holley appeared to split starkly along racial lines during the second recall effort, Holley, 83, thanked his supporters after he learned the results. He lingered to speak with his supporters and encouraged them to stay active in politics. He did not accept questions from reporters, according to news reports.

Why do numerous African American mayors encounter tumult, conflict, and chaos? If history is a judge, Holley might have supplied the answer the night was voted out of office for the second time. He told his supporters, “What you and I started 30 years ago, well, we’re not through yet. This was just another distraction, another movement in another direction.”