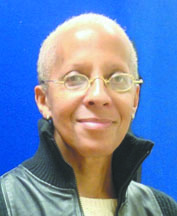 With just 10 weeks before the November 8 General Election, Republican Donald Trump’s campaign is falling behind his Democratic rival Hillary Clinton in a number of reliable state and local polls. During the past two weeks Trump has sought to hit the restart button on his troubled campaign operation and has even made overtures to African-American voters, in a clumsy and demeaning way, pundits and political leaders say.

Trump made a very brazen appeal noting that Blacks continue to have high unemployment, poorly performing schools, high levels of poverty and crime in their communities, “So what the hell have you to lose?” Trump has doubled down on his claims that Democratic policies and programs have done little to lift Blacks out of poverty. Support, according to polls, rests at 1 percent Black.

Trump began his campaign stating that Mexico sends its worst people to the United States who rape and take American jobs. He has said he would restrict Muslim immigrants and even vet those from areas where there is a high level of terrorist activities. Last Thursday August 25, Clinton and Trump had dueling speeches, trying to define which of the two was the most racist. Trump opened himself up to charges when he hired Steve Bannon, as the new CEO of his campaign. Bannon is the former leader of the Breitbart news outlet which has been labeled a platform for far right racist and anti-Semitic groups.

The media revisited old stories of suits filed against Trump for discriminating against Blacks seeking to rent his property in New York City. Dr. Carol Pretlow, a Professor of Political Science at NSU, said Trump’s outreach to the African-American community is “too little too late.” “First of all when a person thinks about running for office they should consider all of the constituencies and issues he will need to garner support,” said Pretlow. “This should have taken place during the opening of his campaign. Also, he should be talking to us and not at us … and not using statements which are demeaning, negative and only to White audiences.

“Is that a part of Trump’s strategic plan … to throw an olive branch out to Black people and see if they will respond,” said Pretlow. “This is not just Donald Trump, but I am sick and tired of politicians waiting until an election to realize we are important.” She continued, “Where have you been over the years? Are we just pawns in the political chess game? Why wait until the last two months to reach out to us and talk about what you can do for us.”

Coby W. Dillard is an African-American who was one of the most visible Black Republicans in South Hampton Roads. But he left the fold and is among the growing number of people in the “Never Trump” camp turned off by his campaign. “At this point, can he be taken seriously at a time when he is polling zero to 1 percent in the polls among Blacks,” asked Dillard. “If he was serious about outreach he should have been doing this back in February. Further, he is making all of these speeches before mostly White crowds. Note the muted applause (from the audience) because they are saying ‘this is not something we want to hear from you.’”

“If Trump was serious about outreach to Blacks he has had plenty of opportunities at the NAACP Convention and other groups. Why has he not gone to the campuses of Hampton or NSU or ODU to talk to Black people?” Dr. Bill Ward, former NSU History and Political Science Professor, said that Trump’s efforts run hallow “and may be too little too late.”
He noted that he would not be talking to Blacks if he were not so far behind in the polls.

“He needs to be talking to those Republican Governors and Congressmen who have stood on the way of helping the poor and minority people,” said Ward, a former Mayor of Chesapeake.
“He should be talking about the plight of African-Americans in this country, especially the economic disparities and the brutality toward them in their neighborhoods. What about the historic, systematic and institutional racism toward Blacks he has not addressed?”

Ward said if Trump wanted to draw Black attention to his campaign, he should “talk to the Governor of North Carolina and other (southern and northern states) who are seeking to restrict African-Americans from registering and voting.” So far as Democrats taking African-Americans for granted, Ward and other political analysts point to the Republican party’s taking advantage of the poor working class Whites’ support to attain political power, but has not helped them secure jobs with a living wage, acquire affordable healthcare or find a way to afford college tuition for their children.

“The Republicans have never supported the Democrats’ agenda which has supported policies and plans to help the poor and Blacks,” said Ward. Democratic party activist and editorialist Vivian Paige said Trump’s speeches are treating the Black community as a monolith and overlooks the economic, educational and social advances they have made. “Something funny happens every two weeks: I get a pay check deposited into my bank account,” said Paige. “I have an education; I have a home; I have a job. Trump’s assertions are an insult to Black people. Because he is painting us with one broad brush and it shows that he knows absolutely nothing about Black people.”

Paige said that Trump passed up on an opportunity to talk to the national associations of Black and Hispanic journalists earlier this summer, and at the same time, to address issues related to both communities. Paige said Trump’s comments about Blacks may not be directed to Black people. “He is talking to White people to reinforce the negative images and ideas this country has about Blacks so he can retain his support among them, not us.”

Also, while Clinton holds a steady seven-point lead in the poll over him, Paige said despite Trump’s problems, we should be mindful of the Wilder effect. In 1989. L. Douglas Wilder ran for Virginia Governor against Republican Marshall Coleman, and in the final weeks, he had a comfortable lead in the polls, but won by less than 7,000 votes. It was so close a recount was held.

Whites, she said, were unwilling to admit their support for Coleman over Wilder, who was Black and made history as the nation’s first Black governor. Five year earlier, Tom Bradley was in the lead in polls in the race to become the Governor of California and lost. Portsmouth Mayor Kenneth Wright says that Trump is seeking to exploit angst expressed by his ardent supporters due to shortcomings in the modern global economy.

“He is just picking at all of those old economic and racial scabs seeking to win political points,” said Mayor Wright. “He is not educated about the important issues and he does not know how world economics is impacting people who support him. “What do we have to lose? A lot. People ignore the progress economically we have made under President Obama since the 2008 Recession,” said Wright. Trump nor the Republicans are going to give him credit for it.

“The same can be said about Portsmouth with all of the development and investments we have coming into the city. And the media wants to harp on issues that stir up emotions about race.” Bill Thomas runs the Office of Government Relations at Hampton University, and is a Republican who is not impressed with Trump’s candidacy or outreach to Blacks. “Republican outreach has been ineffective,” said Thomas, “because they do not want to come and talk directly to Black leaders, educators, clergy or leaders of our universities about problems which really impact our community or how to create jobs and opportunity.”

Omarose Onee Manigault was on the cast of Trump’s “Apprentice” show during the second year and is now his Director of Black Outreach, a job many African-Americans say will be hard to execute. “When have they made the Black community a part of the overall campaign. I am not going to participate in any outreach programs which say I have to self-segregate myself,” Thomas said. “Why can’t we be at the table talking about issues which will benefit our people? What Trump is doing now is not going to work.”