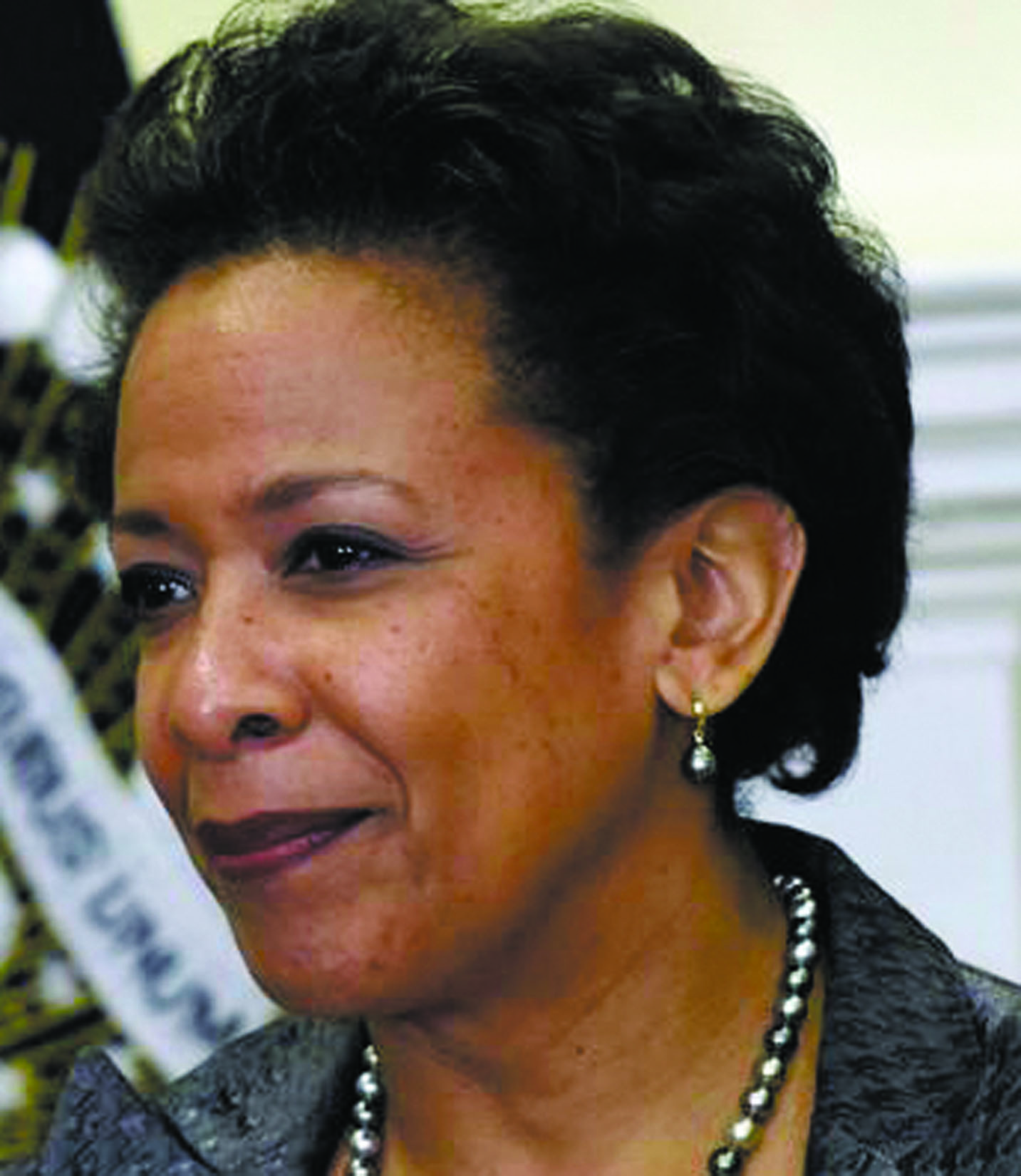 A week after Donald Trump was elected President, leaders of the nation’s largest civil rights organizations met to discuss his incoming administration’s policies and actions in regard to hard-fought civil rights gains.

“We will not accept proposals to roll back civil rights … not on our watch,” Wade Henderson, president of the Leadership Conference on Civil and Human Rights, said November 14.

Two days after that meeting, Trump announced that he would nominate Alabama Senator Jeff B. Sessions to become the nation’s Attorney General. Earlier speculation had been that former New York Mayor Rudy Giuliani would be his choice for Attorney General.

Sessions has been criticized for his stand on civil rights issues since he was a state official in Alabama.

Dr. Claville said there may be a reversal of the policies of the nation’s two Black Attorneys General Eric Holder and Loretta Lynch, if Sessions is confirmed as the next A.G.

Both Holder and Lynch pursued civil rights cases in favor of minority groups and fought against voting rights violations. They also sought to investigate police departments linked to shootings of unarmed civilians.

“He is definitely a big states’ rights person,” said Dr. Claville. “He opposed the Voting Rights Act that was passed in 1965 and supported the recent Supreme Court cases against it.”

The November 14th meeting included leaders of the NAACP, the National Urban League, the National Coalition on Black Civic Participation, the Lawyers’ Committee for Civil Rights Under Law, the NAACP Legal Defense and Educational Fund, the Leadership Conference on Civil and Human Rights, and the National Action Network – expressed similar concerns.

At that time, they all expressed concern about the appointment of media executive Stephen Bannon as Trump’s senior counselor.

Bannon, who is from Norfolk, Va., is a favorite of the alt-right and White nationalist movement.

“This is not a good sign if we’re talking about the unity of our nation,” said Melanie Campbell, president of the National Coalition on Black Civic Participation and convener of the Black Women’s Roundtable.

On Sunday, while working on his transition period, Trump signaled a softening on his promise to build a solid wall along the southern U.S. border.

But that doesn’t mean other Trump policies aren’t still on the agenda, the groups said, like his admiration for “stop and frisk,” or his desire to attempt to ban Muslim immigrants from the United States.

“I think we’re mistaking a change in tone with a change in content,” said Rev. Al Sharpton, head of the National Action Network.

The groups agreed they would wait to see Trump’s actual policies dealing with the inner cities, which the president-elect said he would focus on. There are some areas in which they can work with the Trump administration, but “these seem to be the exceptions rather than the rule,” Henderson said.

Sherrilyn Ifill, president of the NAACP Legal Defense and Educational Fund, Inc., and Kristen Clarke, president of the Lawyers’ Committee for Civil Rights Under Law, said they would continue to work on voting rights issues under the Trump administration, given they fielded thousands of voting rights complaints – 30,000 on Election Day alone, according to Clarke – during the November 8 elections.

Fourteen states had new voting or registration restrictions in place for the 2016 presidential election, raising concerns that minority voters, in particular, would have a harder time accessing the ballot box.

“We are not going to stand by as votes continue to be suppressed,” Ifill said. With Republicans in control of the White House and Congress, the groups refused to say what their plans were for opposing any of Trump’s policies.

“We will use all of the tools available to us,” said Cornell William Brooks, president of the NAACP.

The groups also refused to say whether they would seek a meeting with Trump before or after his inauguration.

About Sessions’ appointment, Salim King Kalifani, former Executive Director of the state NAACP and a civil rights activist in Richmond, said he has a file folder full of editorials he wrote reflecting Sessions’ career dating back to his time as Attorney General of Alabama.

“He has a long record of standing against civil rights, labor rights and diversity issues,” said Kalifani. “But instead of fearing this appointment, this should inspire us to organize and stand against him and his agenda. For the past eight years, we feared standing up, fearing it would hurt Obama. But now we have a chance to stand up and fight against Trump’s and Sessions’ efforts to turn back the clock. I am ready.”

“This nomination is deeply troubling to Americans who care about equal protection under the law,” said Wade Henderson. “Throughout his tenure in the Senate, Senator Sessions has been one of the chamber’s leading antagonists of immigrants and the LGBT community, continuing his long record of obstructing civil rights that began in his tenure as U.S. Attorney for the Southern District of Alabama.

“His record of hostility to voting rights as U.S. Attorney is particularly egregious,” said Henderson. “He called a White voting rights litigator a ‘disgrace to his race’, retaliated against voting rights advocates by wrongly charging them with crimes, and proclaimed the Voting Rights Act ‘intrusive.’ He also once declared that the Ku Klux Klan was ‘okay’ but that the National Council of Churches, the NAACP, and the Southern Christian Leadership Conference were ‘un-American.’”

In 1986, the Senate Judiciary Committee rejected Senator Sessions’ nomination for a federal judgeship because of his established pattern of bigotry. “Despite glimmers of hope throughout his career – including his work on the Fair Sentencing Act of 2010 – the overall record shows that Senator Sessions has not.

Either President-elect Trump should retract this announcement or the Senate should stand firm in rejecting another Sessions nomination.”

The Leadership Conference on Civil and Human Rights, which Henderson leads, is a coalition charged by its diverse membership of more than 200 national organizations to promote and protect the rights of all persons in the United States.

“Senator Sessions’ record suggests that he will carry on an old, ugly legacy in this country’s history when civil rights for African-Americans, women and minorities were not regarded as core American values,” said Brooks.

“Through Congress, our membership and by every means available, the NAACP will continue to stand against the regressive and intolerant views that Senator Sessions espouses.”

ACLU Executive Director Anthony D. Romero said while his group does not support or oppose presidential or judicial nominations, it does educate about nominees’ records and past positions.

“His positions on LGBT rights, capital punishment, abortion rights, and presidential authority in times of war have been contested by the ACLU and other civil-rights organizations,” Romero said.

“No senator has fought harder against the hopes and aspirations of Latinos, immigrants, and people of color than Sen. Sessions,” Romero added.