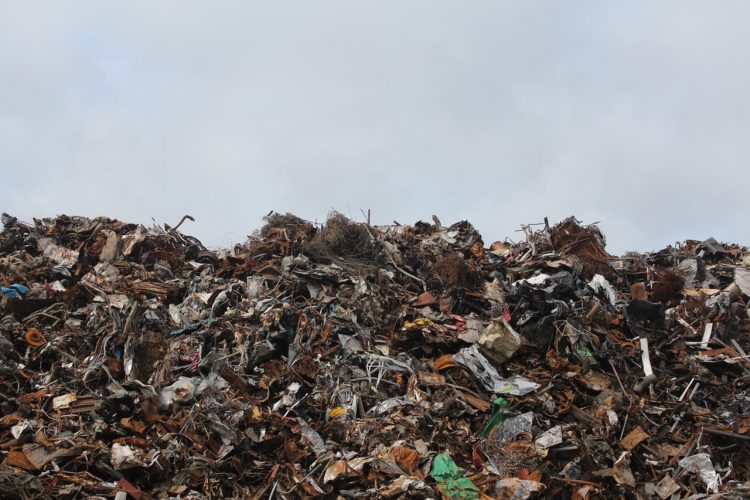 A company wants to put a trash dump site close to a black Norfolk neighborhood but officials are fighting this.

A company wants to open a trash dump site in a black neighborhood and officials are working to stop it.


The leaders are urging the Virginia Department of Environmental Quality (DEQ) to deny an application from Select Recycling Waste Services, Inc. to sort recyclable materials from “solid waste materials” at the facility and transport it to other sites for disposal. The company first proposed the plan last July for the old Globe Iron Works complex at 1525 St. Julian Ave.

The communities adjacent to the site are historically and majority African-American and working class, with a median income of less than $30,000 annually, with many industrial sites.

The area is zoned for “indoor recycling operations.” Last August, Norfolk denied Select Recycling Waste Services, Inc., a “variance or exception” to rules when it included plans to collect solid waste separated from the recyclable material.

The city cited two reasons: the facility is located within 50 feet of its property line.

Second, such a facility must not be located within 200 feet of any residence, health care facility, recreational park area, or similar type of public facility.

Select Recycling took their case to the DEQ to request a “variance” or exception to the rules based on the fact the area is zoned for indoor recycling and collecting operations.

Last month, on Feb. 14, the VA DEQ granted the variance with a number of conditions relating to exclusively indoor operations, screening and buffering, odor control and storm water management.

Also, Select Recycling was required to call a public hearing to gather comments for or against their plan and submit the comments to DEQ before March 23 in order to receive a Permit-by-rule” from the agency. This was done on March 15 at the Slover Library from 5-6 p.m.

But Norfolk Councilwoman Angelia Williams-Graves, who represents the communities and opposes the company’s plan said, “the so-called public hearing was a sham!”

She said it was held in “a small conference room that could barely seat 10 people.”

She said she, Councilwoman Mamie Johnson and City Attorney Bernard Pishko were alerted of the hearing by Councilman Paul Riddick, who was alerted of it by a concerned citizen. The council members say they did not receive the correspondence stating DEQ’s action.

Williams-Graves, Johnson and Pishko were the only city officials in attendance.

She said a lone employee of the company was present, too.

“Councilwoman Johnson arrived first and surprised them,” said Williams-Graves. “No one from DEQ was there to note any public comments. They had no handouts, posters or other materials about the proposed site, even if somebody other than us had shown up. Danny Meeks, who will run the facility, did arrive late.”

Williams-Graves said she, Johnson and the city attorney talked to Meeks and “we addressed him and in no uncertain terms expressed our complete opposition to this trash dump moving forward in this community.”

Williams-Graves, who represents Superward 7 and Johnson, Ward 3, with the support of the respective civic league leaders have launched an effort to have residents of the area send statements opposing the granting of the permit by the DEQ before the March 23 deadline for public comment.

Williams-Graves and Johnson staged a press conference Monday March 19, to alert the community of their concerns.

Williams-Graves said if the “exception” or variance is granted, commercial trash trucks will be making deliveries to the location via residential streets more than 80 times per day (40 deliveries in and 40 deliveries out).

“This use is detrimental to the quality of life of the residents of the neighborhood, Williams-Graves posted on Facebook Sunday night (March 18), sounding the alarm to residents of the targeted communities, the media and the community, in general.

She said such activity “will deteriorate the residential streets in this neighborhood because of the excessive heavy commercial truck traffic and contributes to the environmental injustice that this fragile neighborhood has suffered for years.”

“The city has said no to the variance because of the closeness to homes and a school,” she said. “But the operators of this company have ignored the city’s position. They also have not reached out to me or Councilwoman Johnson to discuss the matter or our opposition to the issue. This would not happen to one of my colleagues representing Ghent or Larchmont or other majority White sections of the community. It shows a total disregard for our community and our responsibility as representatives of these residents. This action will not go unchallenged!”

The councilwoman said she has also secured the support of Mayor Kenneth C. Alexander on the issue as well as the rest of the council.

She and Johnson have instructed the

City Manager, on behalf of the city, to submit a formal, written objection to the DEQ regarding application for a variance.

She said that she has also reached out to State Senator Lionell Spruill, Sr and State Delegates Joe Lindsey and Jerrauld Jones, who represent the neighborhoods, to secure legislative support.

To deter companies from opening venues which pose an environmental and other pressures on such communities, Williams-Graves said she and Councilwoman Johnson will demand that “an immediate comprehensive review be performed by the Department of Planning in order to remove or limit uses that are detrimental to neighborhoods in Superward 7 that have Industrial and commercial uses zoned within them.”

An MRF (materials recovery facility) is a waste stream management facility where municipal solid waste is sorted into recyclables and garbage.

According to the plans, Graves said that solid waste or garbage, after it is sorted from the recyclable materials, will be transported to the Suffolk Landfill or to Wheelabrator in Portsmouth.

The valuable-recyclables will be then shipped to recycling industrial plants.

The regulation and permitting for an MRF are handled by Virginia DEQ which has established a “Permit by Rule” administrative process for such facilities.

The “Permit by Rule” process is intended to speed permitting by establishing criteria that if met result in a permit.

As proposed, this MRF will have all sorting done entirely inside an enclosed building which meets the city’s zoning requirements.

No onsite overnight storage of any materials will occur. The application includes the route that all trucks will take to the site with access off of Tidewater Drive along St. Julian Avenue to Maltby Avenue to Cary Avenue to Marshall Avenue.

Meeks said Select Recycling Waste Services has gone through the entire process from licenses, zoning, and staging public hearings. He said that Williams-Graves’ resistance was all political.

He said that the area near the old Globe Iron Complex has been an industrial area for a century and has been zoned for the kind of operation his company is proposing.

Contacts for your public remarks/concerns/objections: