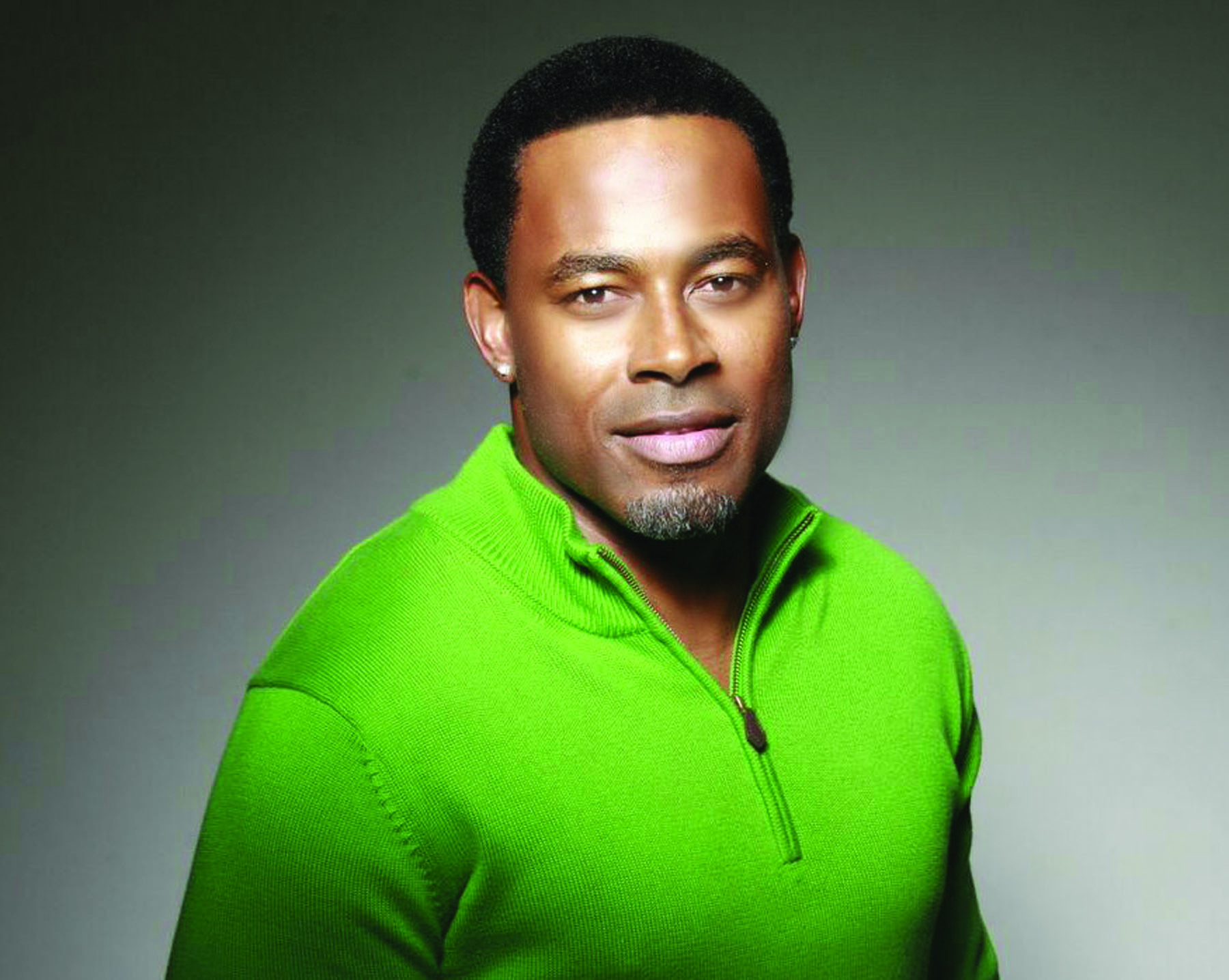 This summer OWN viewers were blessed with an eye full of Jacob Greenleaf played by Lamman Rucker. Viewers are most familiar with Rucker from the roles he played in the daytime soap operas or watching him in the more recent Tyler Perry movies. Who can forget him as Sheriff Troy Jackson in the movie Why Did I Get Married? In this role he not only stole the heart of Jill Scott, but the hearts of millions of women around the globe. On Greenleaf he has moved from his role as the loving Sheriff to that of the henpecked husband of Kerissa Greenleaf played by Kim Hawthorne and eldest son and the apple of his cold mother’s eye Lady Mae played by Lynn Whitfield.

Who can imagine driving down Jefferson Avenue in Newport News, Virginia and hearing this, “Veronica Davis, this is Lamman Rucker on the line.” Yes, my heart skipped a beat and so did the brakes on my car. His interview was so good that there is not enough space in the paper for me to publish the entire hour long interview. Yes, the interview was that in-depth.

Greenleaf has made a tremendous impact on many communities across the country, giving viewers an accurate inside peek at what goes on behind the pulpit in mega churches. Not only do we see the inside of the church, we also observe the lives of the families that lead the church. Rucker was asked how he made the transition that we had grown so comfortable with to that of the flawed husband. He replied, “For me it’s nothing new because I’ve always tried my best to take advantage of a wide range of characters that got a variety of personalities or sets of flaws. Some people who have only become familiar with me with certain roles, may have only seen me play a little bit more of the good than the bad guy. Really, if you think about it, even all the good guys you have seen me play had flaws or they all had an edge that didn’t make as many mistakes as Jacob [referring to his Greenleaf character] or they weren’t necessarily bad guys, but I tried to make them balanced. I think it is always fair in my style of performance and through my training to make sure I am showing a complete human being or a 3-dimensional reality of whomever this human being is.”

Who can interview Rucker without discussing the scene with his on screen wife and their counselor? It is here that we see his non-verbal acting abilities really shine because he had more camera scene parts than speaking parts in the scene.

Hearing this Rucker replied, “Wow. It really comes from the training and experience that I’ve had as well as life experience. I actually stare at people a lot. I watch the small things about people. One of the things that I feel is a strength of my mine is that I feel like I have a sense for people. If I can use that word a little broader, I have sensitivity for people. I can see the same kind of small indicators that you are speaking of in them. I observe the little twitches in their face and the way they curl their lips. I’ve seen peoples’ ear move and they don’t even know I am watching those subtle movements. They will be the first to tell you, ‘yes something is true or no something isn’t true’; and there have been 500 things that have happened in front of me that tell me the exact opposite of what is coming out of their mouth.”

“As an actor one of the hardest things to do is allow yourself to continue to be open but not overly aware or make too many assumptions. You have to allow yourself to be transparent and you have to be able to see into the transparency of someone else even when they don’t want you to. One of the earliest things that I learned was: to say less, is more. There has been a whole lot happening in silence or the space between what’s being said. Sometimes people forget to be alive and active in the moment. Every time I watch an episode I see something that someone else did, in particular myself, ‘am I picking something out of my teeth, right there?’ I’m like, ‘what am I doing?’ [In that scene] I just allow myself to be in the moment as a real human being.”

“Like that dinner scene which is what I am referring to right now, a lot of people don’t know that it was the first day, the first big scene that we did and a lot of them didn’t know each other at all. We had never worked together and suddenly we were supposed to do a scene summarizing the last 30 years of our lives together.

“Similarly, when it comes to the soaps, my background in the theatre and sometimes even in film, you don’t really get a whole lot of time to talk this stuff through, and to delve into depths, the layers, pain and joy. I’ve got to imagine what my childhood was like with my mother, to come up with these fictional situations between me and my father and each of my siblings, and to imagine what it was like with all of us playing together at the same time. I gotta imagine family dinners, I gotta imagine going to school, getting put on restriction, getting whoopings, and riding a bike down the street. I’ve gotta imagine us sitting in church at 4, 5, and 7 years old and the baby sister is not even born yet.”

Viewers watch television for entertainment, typically the average viewer does not consider the work that goes into formulating the characters. It is obvious that the process can be as emotionally taxing as dealing with real emotions. When asked about his down time in processing those fictitious emotions, his tone changed to a candid, happy and open one.

He replied, “I do more independent work, trying to do more producing, and I have two other films that have not been released yet. The one that actually is doing the festival circuit now it is called, Service to Man. We just won the Best Narrative Feature Award at the American Black Film Festival this past June.” Rucker is modest in his mention of the award winning film based in the 1960’s. The film is about two men one white, one black who are interns at an all-black medical school in Nashville, TN. Rucker continues, “I am working to get that movie moving and get some significant distribution on it. The other film, The Man in 3-B is in rotation on BET and with that one, we are also looking at some other avenues of distribution channels. I have another one with the same company Tribecka entitled, No More Mr. Nice Guy; this film is based on a book by Carl Weber. I am also co-producing a couple of short films with some friends and close colleagues of mine. One is entitled, Perception, and it is in post production right now.”

In sharing some of the projects that allows him to expand himself creatively he revealed that he is an avid supporter of the community. Aside from his work on screen and behind the camera, Rucker spends a substantial amount of time working with young men in the community. “I do a lot of work uplifting and contributing to the positive narrative of our young men and boys. I am really an educator and activist at heart; I like to put my time into young people in schools and in the streets,” says Rucker. He also admits to being an actor that is lending himself to improving the environment. That includes everything from environment, climate change, providing access to clean air and water, HIV/AIDS, Gang Prevention, prisons and anti-recidivism, etc. anywhere that I can be to effect change.”

Mr. Rucker stands among many great actors such as Sydney Poitier, Tim Reid, and Joe Morton who all know that there are young men that are seeing them as role models. His choices in life and career are taking him to the top of the industry. He, like a diamond, has many facets that are intriguing and his acting ability leaves you wanting more. There is much more to come from Mr. Rucker. Greenleaf has been given the green light for a second season and his forthcoming projects will surely draw us to the theatres.