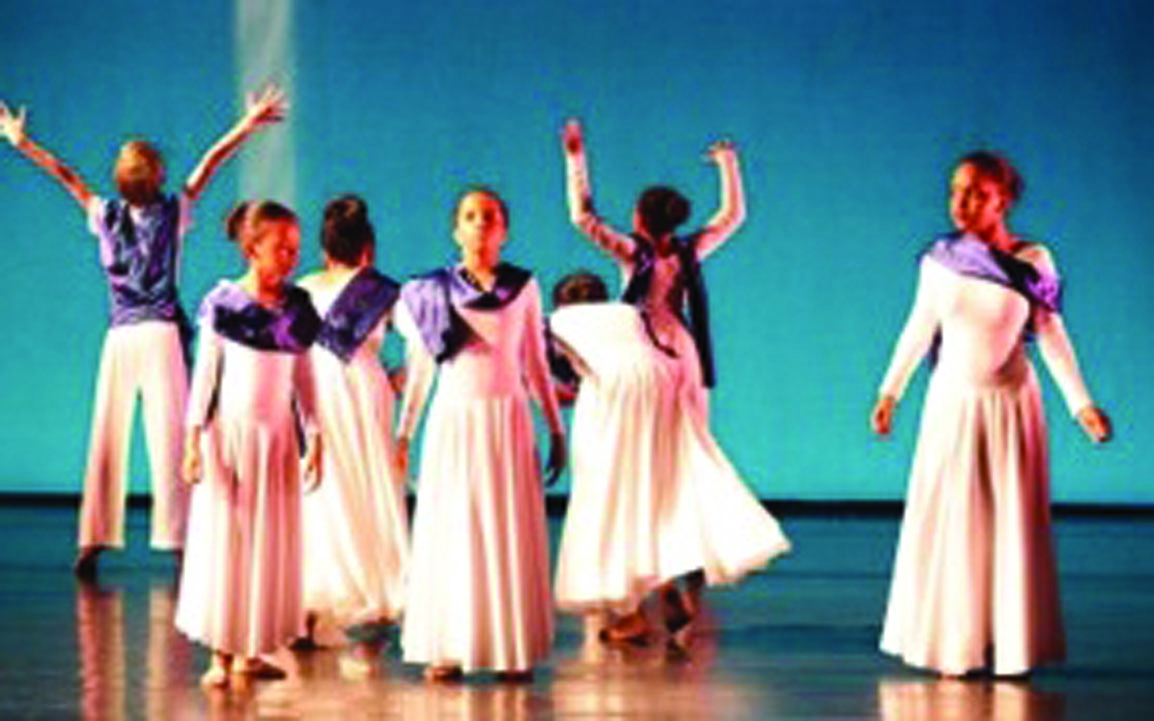 NORFOLK
The 2016 Sam Roundtree School of Dance Recital at Old Dominion Theatre was not for the raucous, cheering crowd of the hit cable television show “Bring It.” Presented, by coincidence, before the Tony Awards, “The Show Must Go On” was a visual celebration; a tribute to the works of Alvin Ailey, George Balanchine, Loretta Graves, Inez Howard, Judith Jameson and Geoffrey Holder. Okay, throw in the Nicholas Brothers, Sammy Davis, Jr., Fred Astaire, Jean Whidbee, Savion Glover and, a tactful salute to Prince.

It was created and performed by the school’s students and instructors for parents, relatives and friends who noticed a hint of talent and focus on the art of dance, and juggled their schedules to make it tangible for students and their siblings. “The Show Must Go On” was the culmination of hours of sacrifice for rehearsals. Held last Sunday the works inevitably showcased skills via a contemporary dance mash-up with classic ballet staging rendered in pride-filled stroke. This next generation of homegrown choreographers was under the theatrically centered Sam Roundtree as artistic director along with his supporting cast of dance moms … and dads.

The house lights dimmed. To the students, the show must go on was more than an old vaudeville adage. “Seven Years,” the opening prologue with the par de deux (dance for two) by Imani Green and Sierra, was a fluid opening that set the tone for the afternoon’s performances in ODU’s intimate theatre. A unique segue between spoken word to the physicality of the contemporary solo “I’m Still Breathing” by Ayania Brown, gave a peek of the ensuing deft choreography by Brittany Watson. The aforementioned opening seemed to lack aplomb at first but that was probably attributed to nervous energy. The “cute” gaggle of beginner dancers, authentically garbed in their Black and red tutus and all, would show them how to woo the audience with “I Can See the Light” in the Petite Ballet choreographed by Imani Green.

Next the school’s junior and senior troupe courageously tackled, for lack of a better metaphor, Carl Orff’s “Carmen Buranda O Fortuna.” It was the entre act to Magic Bird of Fire with the gifted Liam McQuire introducing himself as the lone male albeit gifted lead dancer of the not-too-distant future. Then the number morphed into a contemporary ballet with the teen company. McGuire held his lines like a young Baryshnikov. Guest artist Roy Rainbow did a mime dance number, a cool homage to the late Prince Rogers Nelson. It was well received, showing the Purple One’s estate his music’s potential as a Broadway musical or Cirque de Soleil show.

Watson’s choreography on “Work,” along with the advance jazz trio of Aunjale Frost joining Green and Stout, seemed to energize the Junior Company Show Stoppers for Watson’s graphically poignant and emotional “Strange Fruit.” The performance captured the audience with its boldness, and the number was literally a showstopper. Its synergy palpable. Watson’s jazz and contemporary dance programs were strong in composition. Her instruction of precision technique combined with Roundtree’s Broadway veneer made for fluid movements yet strong in composition. Watson’s staging, as well as her choreography, was stunning, passionate. A dance created to pay homage to Lady Day’s solemn lamentation drew the loudest applause.

Young Mr. McGuire’s talents subtly came into focus. A promising career in dance surely lies ahead of him. If Stephan Curry is nicknamed the Baby Face of the basketball court, then Liam is the Baby Face of the barre, a Fosse in miniature. Roundtree’s “Brother Can You Spare a Dime,” the character contemporary piece with Brown, Jade Clark, Aubrie Dalton, Frost Green and Stout was transformative with its Broadway staging. The junior quintet in blue contemporary costumes had a southern sense of peace and pacing in a subsequent dance number. Another nice little touch was guest artist Carmelita transporting the audience to an Austrian opera house with her aria in soprano.

When Roundtree and the junior company teamed up for the Liam’s solo in “Boy From New York City,” well, picture Lynn Swann meets George Balanchine. Athletic! Modern. Graceful. Confident. No movement of note spared. McQuire was comfortable in his element as the only male lead in the company. Not to be outdone, “Halo” was a contemporary ballet that the Senior Show Stoppers with Frost and Stout moving the nearly full house. It will be interesting to see what happens as Sierra grows into her solo “Angel” with Roundtree’s choreography. The tap dancers who stepped into the movement “Pop, Lock and Roll” presented another exciting number choreographed by the troupe. It turned into a crowd favorite, as well. “Total Praise” was another of Roundtree’s quintessential movements that his company evolved into a moving canvas that lifted the audience spiritually. Overall, the program continued to build to a crescendo. The “I’m Changing” solo by Frost was poignant and biographical in its irony as she transitions from high school student to a licensed dental technician and college freshman. The show went on finding its aplomb, but for all in attendance, it was the love of dance that stood out most.