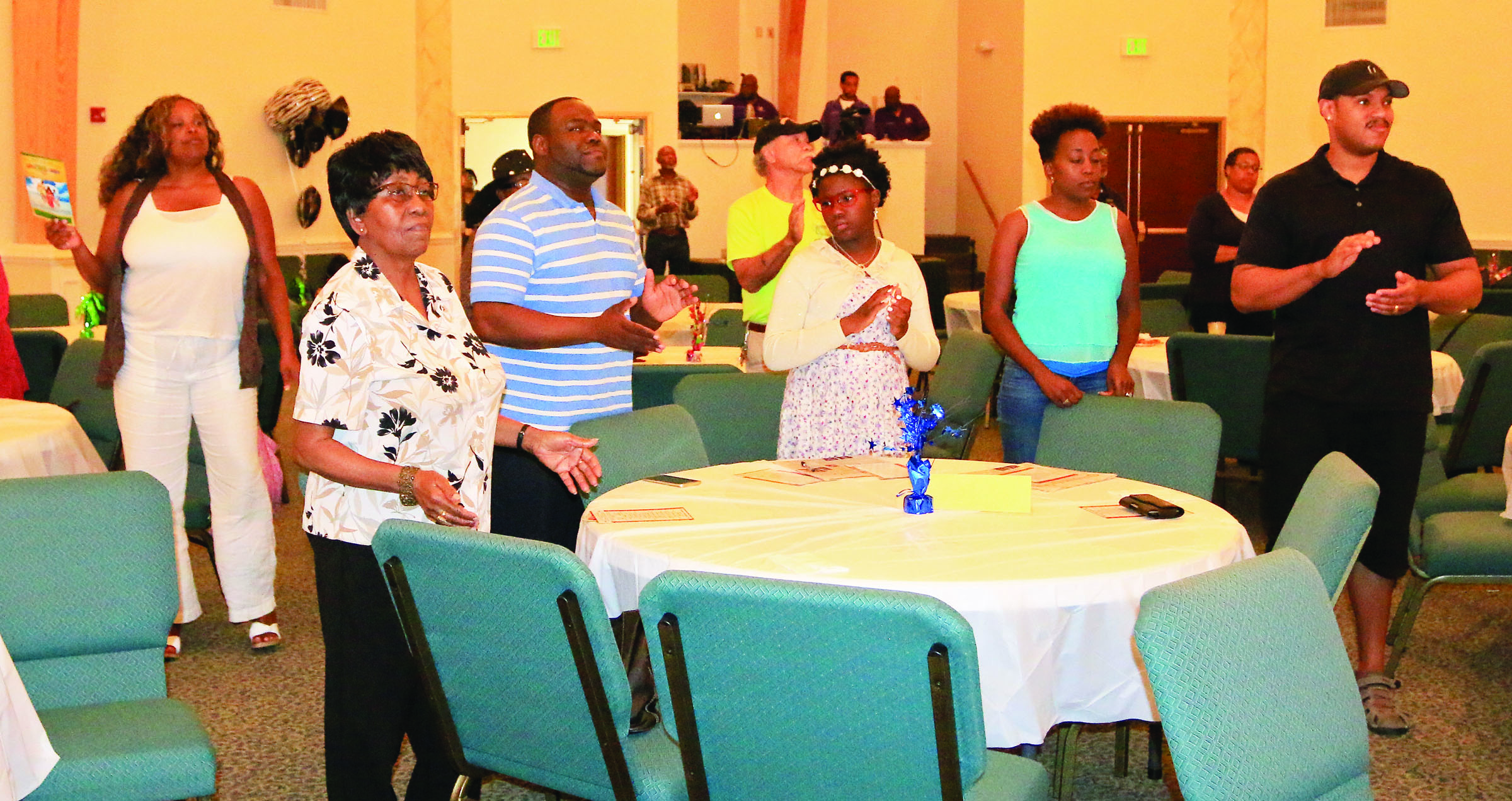 CHESAPEAKE
The Hope Center on Gust Lane was the site of the 8th Annual Juneteenth International, Inc. celebration under the theme ”The Power of Unity.” The annual free to the public family event was organized by Ernest Lowery and sponsored by Lowery’s Custom Video and Photography and the New Journal and Guide. This year’s celebration was emceed by Herman Hurston and Regina Royster and included both youth and adult presenters.

The line-up of speakers and performers included two youth who displayed their unique talents: Ms. Kenya Hines, SHERO-Award winner, motivational speaker; and Mr. Cornell M. Burke, Jr., 10-year-old violin virtuoso. Educator Dr. Darnell Johnson delivered information from the Children’s Defense Fund on the state of the Black Male in America, which cited alarming statistics that correlate with the absence of fathers in the home.

Hampton Roads’ baseball icon, Sam Allen, intrigued the crowd with a video history of the Negro League Baseball and personal stories of his days as a member of the league.
Other presenters and their topics were:
• D.D. King, Author – “Relationships on Blast”
• Bert Bergan – “How To Apply The Business Hook-up”
• Veronica Davis – “There Is Something About Us”
• LaShawn Hawkins – “Moving with the Word”

Solo musical renditions were provided by Calden Moye-Hall, Regina Scott Sanford, and Crystal Spencer Parker. Rounding out the family-oriented program was a full course meal catered by Nichelle Buffaloe and Italian ice cups provided by Gerald Daniels. Juneteenth is an African-American holiday that is celebrated in 45 states of the union. It commemorates the ending of slavery in the United States and dates back to June 19, 1865 when enslaved Blacks in Galveston, Texas first learned that they had been free for two and a half years after the Emancipation Proclamation of January 1, 1863.

Union soldiers, led by Major General Gordon Granger, landed at Galveston, Texas with news that the war had ended and that the enslaved were now free.
Today, Juneteenth celebrates African-American freedom and achievement and observances are held across the country with speeches, displays, food and other Afro-cultural activities. For many, it is considered a national day of pride.