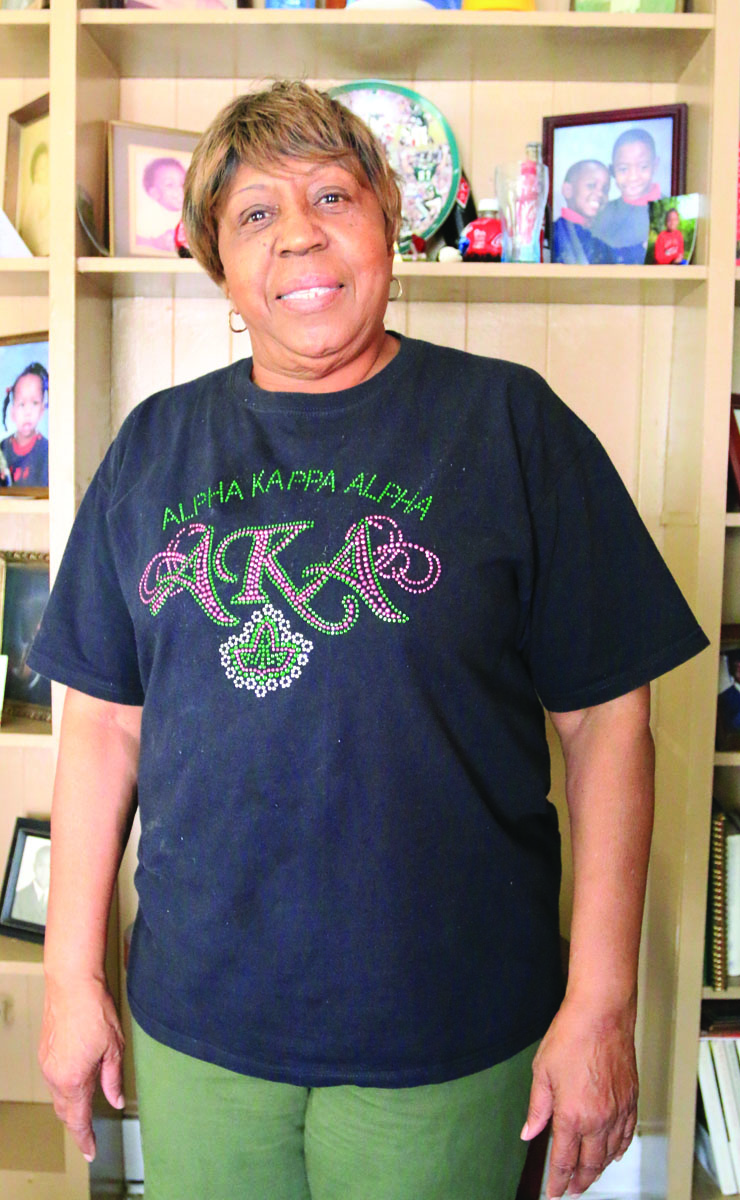 There are over 40 listings on the American Cancer Society Calendar related to the awareness, fight and prevention efforts addressing cancer in America and around the world.
January is National Cervical Health Awareness Month; in February, there is World Cancer Day (February 4); March is Colorectal Cancer Awareness Month; and in April, you have National Minority Cancer Awareness Week (April 10-16).

Breast Cancer Awareness Month is observed in October, but Women’s History Month in March encourages women to highlight a major health concern that binds them together. For women like Ada G. Blair, a Breast Cancer Survivor, each day they are alive is one they did not give up hope and succumb to the deadly malady. For Blair, her special day is January 2. On that day in 2001, she underwent a procedure to remove a small lump in her breast. Since then, on January 2, at 10:30 a.m. when her surgery to remove it began 15 years ago, she is on her knees praying with joy that she is alive, well and able to tell others of her story and ordeal.

“My journey has not been as exhausting as others,” she recently told the Guide. “I talk to women who are first time (experiencing) a diagnosis and I tell them it is not a death sentence. Do not give up. It is curable in the early stages of detection. “They will ask ‘why me’,” she continued. “I tell them ‘why not me?’ I say, ‘like me, you can overcome this and become a witness to others.’ Faith and hope have a lot to do with it.”

From 2008 to 2012, breast cancer incidence rates increased 0.4 percent per year in Black women and 1.5 percent per year among Asian/Pacific Islanders while they remained stable among Whites, Hispanics, and American Indian/Alaska Natives. By 2012, the rate at which Black women were diagnosed with breast cancer caught up to the rate at which White women were diagnosed, according to the American Cancer Society.

In October of 2000, Blair underwent a routine mammogram screening which doctors urge to detect early cancers and impose early treatment. Several days before Thanksgiving in 2000, she received the “dreaded card” from the Depaul Hospital Cancer Treatment Center, telling her about a small lump in her breast and urging her to consult her primary physician. “I was scared and like a lot of people, I wanted to give up, “ she said. “I then underwent a biopsy in December which verified the existence of a cancerous lump.”

Blair said that prior to Thanksgiving and Christmas of 2000, she did not alert her family or friends of the diagnosis. “Thanksgiving and Christmas are very special to my family,” she said. “We gather and pray for the things we should be thankful for that year. I did not want to tell them initially of the diagnosis. A lot of women don’t because they do not want to worry them, and they do not want people to feel sorry for you.”

She eventually told her family after Christmas, and underwent a biopsy which verified the cancerous lump. Blair recalls the day the lumpectomy was done, on the second day of January 2001. “The doctor who was to perform the procedure asked if he could pray with me and I said sure,” recalled Blair. “After the surgery, one of the nurses asked if she could pray with me. That gave me assurance.”

After the surgery, Blair discovered she did not have to undergo chemotherapy. She did endure 36 less caustic and physically demanding preventative radiation treatments throughout 2001.
At the end of them, she was told the cancer had not spread to any other part of her body. Today she attends periodic screenings at the Depaul Cancer Center. Blair said she has made a number of alterations to her life over the past 15 years

“I check for lumps or other changes to my body, like bruises, every day,” she said. “Once, if someone told me ‘it looks like you have lost weight’ I was flattered. After the diagnosis, I would get worried and run to the doctor. But now I don’t.” She has changed her diet to eat lighter and with more green veggies when she cooks for herself. Blair joined the now 14-member “Sister Network,” a group of women who have survived cancers of various kinds. It provides a supportive and educational network and sisterhood for survivors, those who have recently been diagnosed and are battling, and those on the front line of promoting prevention.

Blair, now 71, is a lifelong resident of Norfolk and lives in her family home in the Bolling Brook section of Norfolk. She retired from the federal work force several years ago and now is a substitute teacher in the Norfolk Public Schools. To give back, she volunteers serving meals to patients who are undergoing chemo or routine radiation. Blair said she provides support and advice to men and women who are diagnosed with varying cancers. “One bit of advice I give to people is to go to your initial appointment with someone who has gone through the experience,” said Blair. “They know the questions to ask. They can help you make decisions on treatment and what you need to do to get through it.”