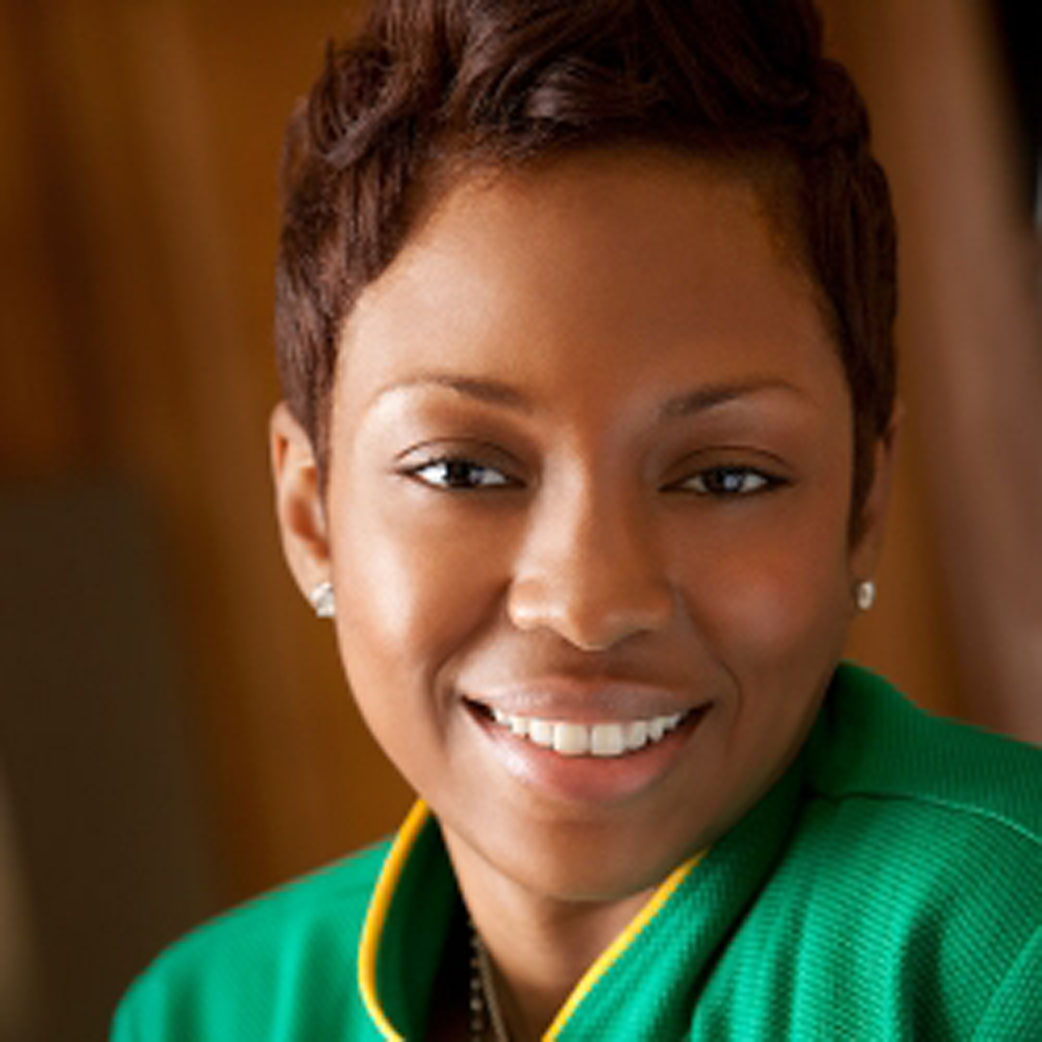 It will be a type of encore presentation when Chef Danielle Saunders returns to Norfolk State University to whip up several sampler dishes at “A Taste of NSU,” a community engagement event that will be held on campus on May 18 from 6 p.m.-9 p.m.

Saunders has whipped up exotic cuisine for well-known celebrities like Sean “Puffy” Combs, Oprah Winfrey, Maya Angelou, and Tom Hanks. But during her student years at Norfolk State from 1995-97, she and her friends often whipped up basic fare like spaghetti and meat sauce or cookies and sold them in the dorm.

“I am participating in “A Taste of NSU” because it means a lot to me that the administration would even ask me to come,” Saunders said, in a recent personal interview from her office in Englewood, N.J.

“It is a humbling experience for me to even come back,” said Saunders who majored in chemistry at Norfolk State, returned to her parent’s home in New Jersey, and enrolled in culinary school. “Being able to come back to Norfolk State means that all of the hard work, the grunge work, and moving around that I’ve done over the years helps me to see my life in color. Coming back is near and dear to me. I hope I make everybody proud.”

Taste of NSU is making its debut appearance on May 18, and is being presented by the Norfolk State University Foundation to engage the university family community with the larger Hampton Roads community. Its subtitle is “An Evening of Culture and Cuisine” and will offer food sampling from area restaurants, culinary arts students, along with entertainment provided by NSU performing arts students.

Chef Danielle Saunders is the featured celebrity chef for the event.

Proceeds will go to provide scholarships for deserving NSU students.

Clearly, Saunders has earned the title “celebrity.” She has racked up a number of honors. In 2011, she became the first African-American female winner of Food Network’s hit TV show “Chopped.” Later in the fall of 2011, she won “Chopped Champions” and made history again by becoming the first female chef to ever win Food Network’s championship chef competition. She has also cooked on the Today Show.

The unbeaten path that attracted Saunders’ attention during her student years at Norfolk State attracted her attention after she returned to her parent’s home in New Jersey. In 1997, she enrolled in the New York Restaurant School, where she studied culinary arts under award-winning chef Neil Becker.

“I went to culinary school from 7 a.m. to 3 p.m. and worked at Nordstrom in the evenings five days a week, for two years,” Saunders said. “Once I graduated, I knew this was what I was supposed to be doing with my life.”

Sticking to the unbeaten path, she worked in several famous kitchens with several renowned chefs including Anne Rosenzweig and Michael Lomonaco. Later, she became the executive chef at the Panevino Ristorante in Avery Fisher Hall at Lincoln Center in New York City.

“I have worked in many amazing places,” she said. In addition to preparing cuisine at the U.S. Open Tennis Tournament in Queens, she also traveled to Miami in 2005 to work in a start-up restaurant. There one of Sean “Puffy” Comb’s assistants approached her about working as his boss’ personal chef.

“It wasn’t one leap but quite a few that advanced my career as a chef,” she said describing how she went from being an entrepreneurial student at Norfolk State, whipping up cuisine for celebrities, and cooking for a panel of judges on the Food Network TV show, “Chopped.” Now, she plans to launch a line of health-friendly soul food cuisine.

And since 2010 she has also hosted how-to cooking demonstrations on The Huffington Post. “On the cooking demonstrations, I prepare 30-40 minute meals that career-driven women can come home and create,” she said. “It was another stream of revenue and another way to express myself. I was trying to broaden my horizons.”

As the North Star or a compass point guides, many have provided guidance to her. “I believe my time at Norfolk State molded me well,” she said. “I learned a lot at Norfolk State. It was my first time away from home. My parents would send me money to buy food off campus and I would use it to buy food that I cooked for others.”

She added, “But my parents have been my biggest supporters and sounding board. I’ve learned crucial lessons from both of my parents. My dad, Lamont Saunders, taught me how to negotiate and stand my ground. That has helped me a lot. My mother, Martha Saunders, always urged me to dry my tears and try again after something didn’t work out. My parents did not teach me to be fearful. I believe family is everything.”

But at the end of the day, Saunders said her faith in God has illuminated the path ahead. “In life, I think you pull from your faith. In other words, you pull from what you know. I think when faith is your foundation, you don’t veer. I read the other day that God will put you in places that you feel like you’re not qualified to be in. When I read that it hit my heart. That is how I have tackled everything in my life.”

While she said she feels “nervous but excited” about returning to Norfolk State, several loved ones will accompany her back to the place where her culinary career sprouted wings and took flight, including her fiancé Tod Wilson, her parents, and younger brother Idris.

Wilson is a professional baker and owner of several bakeries in the Northeast. Currently, he is considering opening a bakery for his famous sweet potato pies in Portsmouth where he was born and raised.

So what does the future hold? Saunders and Wilson will marry this fall. “I’ve found the love of my life,” she said. They plan to mass produce and distribute an exclusive line of soul food cuisine. “My take on soul food is we do not have a national brand, a restaurant, or products on the shelves,” she said. “Soul food, in other words, has not gone viral like so many other cuisines.”

And this is why she and future husband are already fine-tuning a new cuisine called “soul fusion.” This means they are developing a line of soul-food that does not contain sugar, grease, and starch. Instead it contains healthy ingredients like avocado oil, Himalayan pink sauce, gluten-free, and plant-based products. “It means we are giving soul-food a modern spin,” she said.

Does this mean her focus is still on beaten path? “That’s a very good question,” she said. “I think when you have faith God gives you a different type of discernment when it comes to everything in your life. For me faith is the belief that even though things are unseen; still you know (the outcome) in the pit of your stomach.